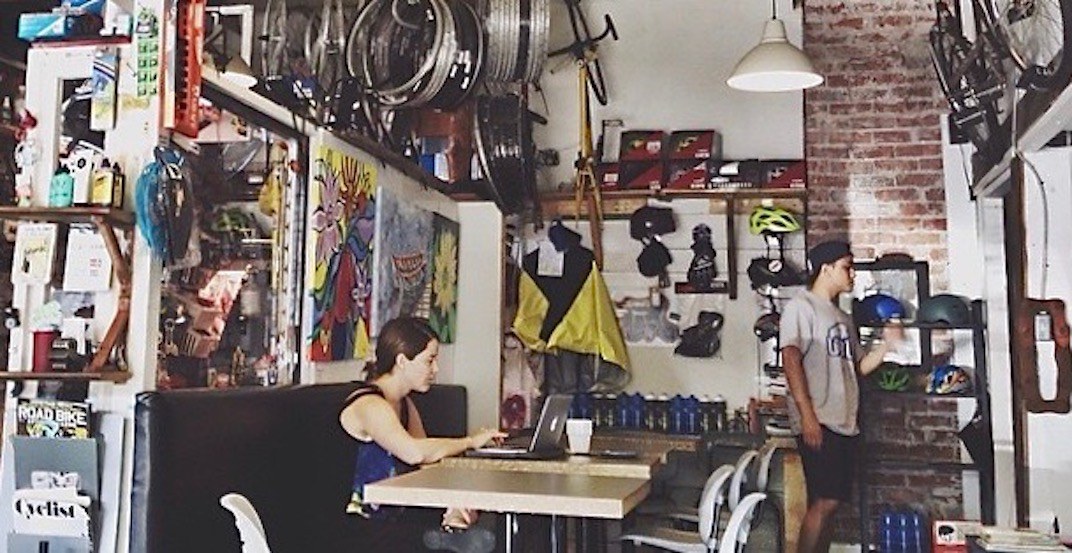 On September 24 we reported that the Tandem Bike Cafe, Vancouver’s first spot for bike servicing and over the counter eats and drinks, would be closing at the end of this month.

The owners of the Tandem Cafe posted a note on the door of their 3195 Heather Street spot citing the reason for the closing as a lease disagreement.

“Our ‘partner’ Clint John, has decided not to continue our business together. He wants the whole business for himself and so has made a new lease with the landlord, Benny Wong,” read the note.

Daily Hive reached out to the owners of the bike repair portion of the business, who said they “find this misinformation very troubling.”

“Yes, the Tandem bike cafe will be no longer. And as you can tell by the note left by the cafe, the emotions have been high. I really want to resist entering into a public spat with the cafe owners (Brett and Nicole) but would like to clarify a couple points,” wrote the owners of the bike servicing portion of Tandem, Kathleen and Clint John.

The note states that Clint was their business partner, this is not the case, we are two separate businesses operating in the same space.

The note calls out the landlord by name (Benny) and accuses him of favouring Clint and blocking Brett from the five year option. This is a vast misunderstanding about what the terms around that five year option on the lease were. In order to have the option be an option, both parties needed to sign it, and the bike shop decided to not sign with Brett again. We then went into separate negotiations with Benny about a new lease, and the bike shop won those negotiations.

I find this misinformation very troubling because, if it were true, the landlord could be sued. I believe even we could be sued. Of course we have a paper trail showing that this wasn’t the case, but the spreading of this info could potentially damage us and the future venture we will be opening in that space in the new year (another bike shop with a cafe).

That new cafe will be called Velo Star Cafe. We’ll keep you posted on an opening date for this new spot.