Leading his team in the Vancouver MS Bike Tour this summer will be another year of many for Jasper Smith and his team “Jasper and the Banffs”. His participation in the Vancouver MS Bike Tour and, in turn, the MS Society is testament to his commitment to MS Society’s mission “To be a leader in finding a cure for multiple sclerosis and enabling people affected by MS to enhance their quality of life.”

As a team, they have been able to raise a few thousand dollars each year, which after 20 years of riding has added up to a significant contribution. What’s his secret? “Varying our fundraising events has helped keep donors and team members interested and engaged.”

Along with family and friends, including his dog Dilly, Jasper will be among over 300 people crossing the start line at Nat Bailey Stadium on Sunday, September 22nd for the Vancouver Scenic City Tour. The ride is one of 22 different MS Bike Tours taking place in communities across Canada this summer and fall to raise funds for programs and research to end multiple sclerosis. 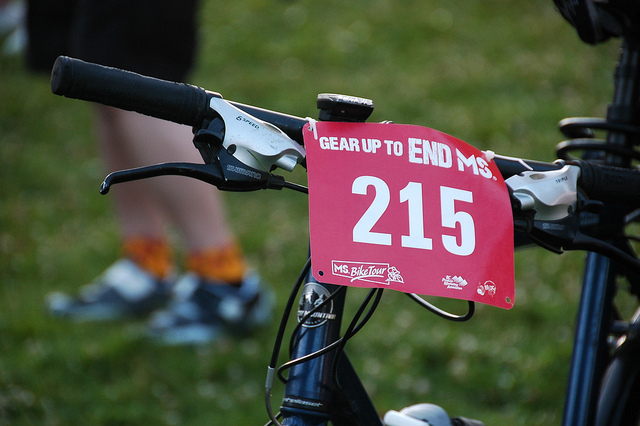 “In Canada, one person in two knows someone with MS,” says Tania Vrionis, president of the BC and Yukon Division of the Society, “it’s a disease that has a long-term effect on families in Canada. We have one of the highest rates in the world”. Canada is a world leader in MS research, she notes, and the MS Society is the single largest funder of MS research in Canada.

Fundraisers hope to raise $150,000: money that makes it possible for the MS Society to continue providing free programs and services including the Equipment Provision Program that is helping many BC families. Funds raised also support leading MS research facilitated by a recently established endMS Recruitment, Research and Training Centre which networks multiple academic and health institutions across Canada.