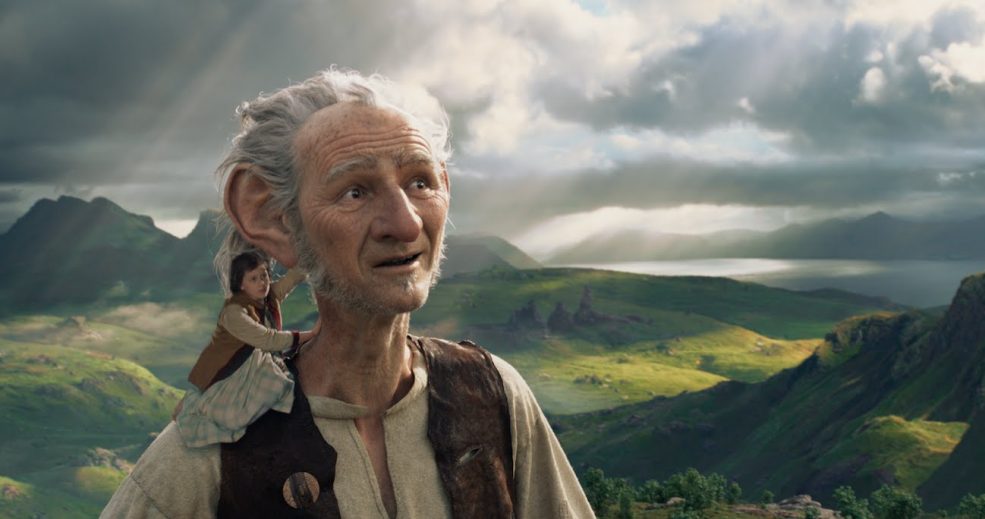 Now that we have officially hit our summer stride, movie studios start pushing out their mammoth blockbusters to try and entice us into the movie theatres.2015 served up a bumper crop of blockbusters with films like Inside Out, Jurassic World and Ant-Man scoring big at the summer box office. As a result the class of 2016 has a lot to live up to, so what can film fans expect when they hit the multiplex over the coming months?

Below are some of the blockbusters that we think will make it big this summer. The kind of film that’s made for boat loads of money with sole intention of letting you turn your brain off, eat popcorn like zombies, and stare at the flashing lights.

Pixar takes us back into the sea for another adventure with talking fish. This time we’re not looking for Nemo but instead looking for Dory’s parents. When you’re a fish that has a tough time remembering things, Dory has to rely on her old friends Marlin and Nemo to once again navigate the big blue sea.

Pixar rarely makes a dud, but when they do, it’s usually a sequel. Let’s hope that Finding Dory gets the Toy Story treatment when it comes to sequels and not the Cars 2 or Monsters University treatment. This will make bucket loads of cash at the box office.

The only reason that I put this on this list is because it falls in line with the summer blockbuster theme, and it’s a sequel to the 1996 summer flick that did over $800 million. Quite frankly I’m not going to recommend this film to anyone, unless you like very expensive B films that try and cash in on nostalgia.

Let’s not even pretend that Independence Day was a great film in the 90s. Sure it did big bank, but that was mostly because people wanted to see the CGI martians blow up the White House. Regardless, there is an audience for these (you know who you are you Fast and Furious 7 crowd) and I don’t judge. Sometimes you just want to turn your brain off, eat copious amounts of popcorn, and watch UFOs zap things. I’ll be cheering for the aliens.

This looks intriguing and Disney has been on a tear lately. The happiest studio on earth (because they have trillions of dollars) will rule this year’s box office and they’re not even done yet. Their latest feature, The BFG (The Big Friendly Giant) is based on a classic children’s book by Roald Dahl and was filmed in Vancouver. It’s great to see Spielberg doing a kids’ film again, because he’s a master storyteller and it will be interesting to see his touch on a classic tale.

Last year’s Academy Award winner Mark Rylance rejoins Spielberg and lends his voice talents to the role of BFG, who is an outcast within the giant community for refusing to eat children.

There is also a lot of buzz surrounding 11-year-old newcomer Ruby Barnhill, who is starring in her first film and takes on the role of Sophie, the girl who is plucked from her home by a large hand. Early buzz on this film is some critics hate it while others are calling it an early Oscar contender. Very mixed reviews.

The Legend of Tarzan

So this is a bit of a different take on the Tarzan story, and to be honest, it looks pretty good. Trailers aside, the cast is incredible with the likes of Alexander Skarsgard who plays Tarzan and the beautiful Margot Robbie who plays Jane. You add Christoph Waltz and Samuel L. Jackson to the mix and you hopefully have an action movie that could surprise a lot of people.

Director David Yates doesn’t have a huge filmography but he did direct Harry Potter and the Order of the Phoenix, so he knows how to handle a film with a large scope and budget. Put this one on your list to check out because something tells me this is going to be a fun ride.

Release Date: July 15
Rating: (Not yet rated at the time of writing)

There has been much ado about nothing when it comes to this film. Most people don’t have a problem with an all female cast as the Ghostbusters, but the real frustration comes from a total reboot and what some perceive to be poor trailers.

Instead of a reboot, why couldn’t this be another stand alone Ghostbusters film that at least acknowledges the story and characters from the original? As for the trailer, for whatever reason director Paul Feig’s films have never had great trailers in the past. For instance 2015’s comedy SPY didn’t get a great deal of quality promotion, but most critics agreed it was one of last year’s comedy gems.

So before we judge a book by its cover, let’s wait to have an opinion after we have actually watched the film that is sure to do big box office numbers this summer. Who you gonna call? Misogyny apparently.

Release Date: July 22
Rating: (Not yet rated at the time of writing)

Speaking of films with terrible trailers, Star Trek: Beyond hasn’t done a great job of winning people over either. There are many Trekkies who are still trying to get rid of the bad taste that 2013’s Star Trek: Into the Darkness inserted into their mouths. To be honest, I didn’t have a problem with that film as much as some of the hardcore fans did. But when are hardcore fans ever happy?

This newest addition to the Star Trek universe is causing many Trek fans to have conniptions. I hark back to my Ghostbusters advice; let’s wait until we actually see the film before we start beaming our insults towards it. Trekkies aside, Star Trek: Beyond will be something to check out this summer because  these films are made for the big screen. I was always more of a Picard guy anyway.

What’s confusing about the title of this film and the trailer is, haven’t we already established that he’s not Jason Bourne? In the last film Bourne Ultimatum (spoiler alert but not really) we finally find out his true identity as Captain David Webb. I guess a title of Captain David Webb doesn’t have the same ring to it.

First off, we’ll pretend that the Bourne Legacy didn’t happen. So we haven’t really seen a good Bourne film since 2007’s Ultimatum. These spy action thrillers have been terrific and I’m interested to see what director Paul Greengrass does with this new addition to the series. This is the third Bourne film he has directed and I fully expect this one to deliver as per usual. Put this high on your list of films to see this summer.

Just imagine a world where there isn’t a live-action DC film that doesn’t suck. Because so far I’m wondering if maybe the people at Warner Brothers are killing my childhood on purpose.

After watching poopie (that’s an actual critic term) on screen that they called Batman v. Superman: Yawn of Suck, there is a bit of hope that Suicide Squad could change Warner’s fortunes around. It’s really sad when the DC animated films are better than the $250 million dollar live action ones but I digress.

Suicide Squad is about a bunch of rag tag criminals who are forced to come together and form a super villain group and fight for their lives and fight for good. Of course we can’t trust them, but it will be fun to see Margot Robbie as Harley Quinn, Will Smith as Deadshot and of course Jared Leto as The Joker.

For whatever reason I still have high hopes for this one, I know, I’m a special kind of crazy. It has a really solid cast and director David Ayer was behind 2014’s Fury which I dug. So let’s file this one under cautiously optimistic. Let’s go and make some bad decisions and check it out.

Hey it’s Disney again, doing a live adaptation of one of their animated films. I feel that they haven’t done enough films in 2016 yet (sarcasm). You know that if they ever do a remake of Gargoyles than this remake business is in full bloom. What about Fantasia?

I’m not totally sure what to think of this one yet. I guess when I was young I liked the quasi animated Disney film, so I suppose this retelling could be interesting. The story is about an orphan boy who lives in the wilderness and befriends a dragon named Elliott.

Robert Redford and Bryce Dallas Howard star along with a young actor named Oakes Fegley who plays Pete. So right there you have some acting chops, but let’s hope the writing is up to par. This has potential to be another great family film in a year where we have been spoiled rotten with some real gems in the genre.