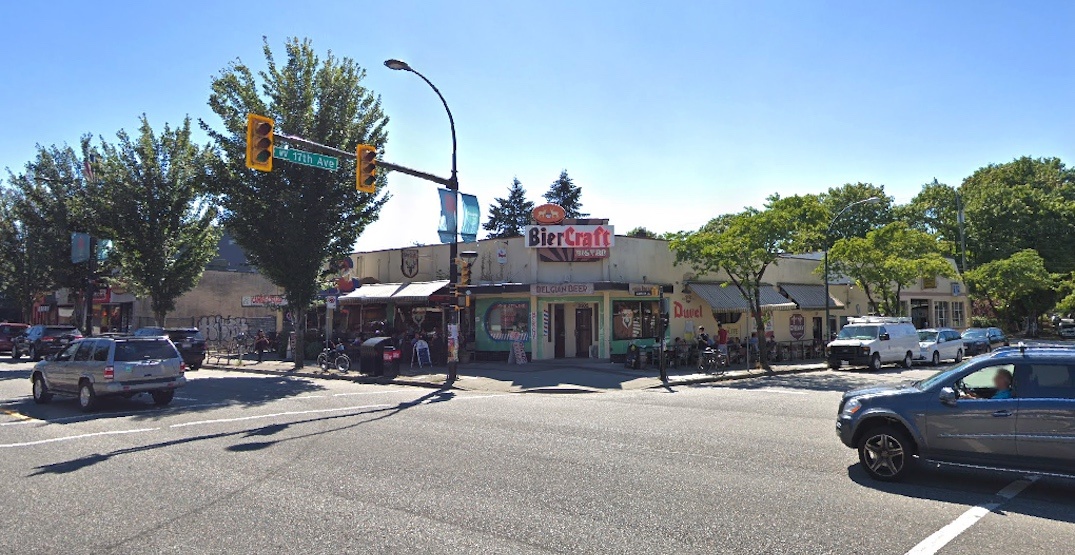 The single-storey commercial building at the southeast corner of Cambie Street and West 17th Avenue in Vancouver was recently sold for a price that is likely indicative of its redevelopment potential.

In an email to Daily Hive, Eric Poon of Macdonald Commercial confirmed that the property at 3305 Cambie Street was sold for $12.5 million, with the deal finalized on July 31.

While this is a significant price for an 11,193-sq-ft lot, it is below both the area’s market value and the latest property assessment values.

The building is home to Thai Away Home restaurant and BierCraft Bistro, which opened in Cambie Village in 2009 and has other locations on Commercial Drive and UBC Wesbrook Village.

Two other businesses in the same building, Cambie Cycles and longtime H U Automotive, recently closed.

Based on the city’s Cambie Corridor Plan, the property can be redeveloped into a six-storey building, with ground-level retail, residential or commercial/institutional on the second level, and four levels of residential above. A secondary three-storey building on the rear, facing Tupper Street, is permitted.