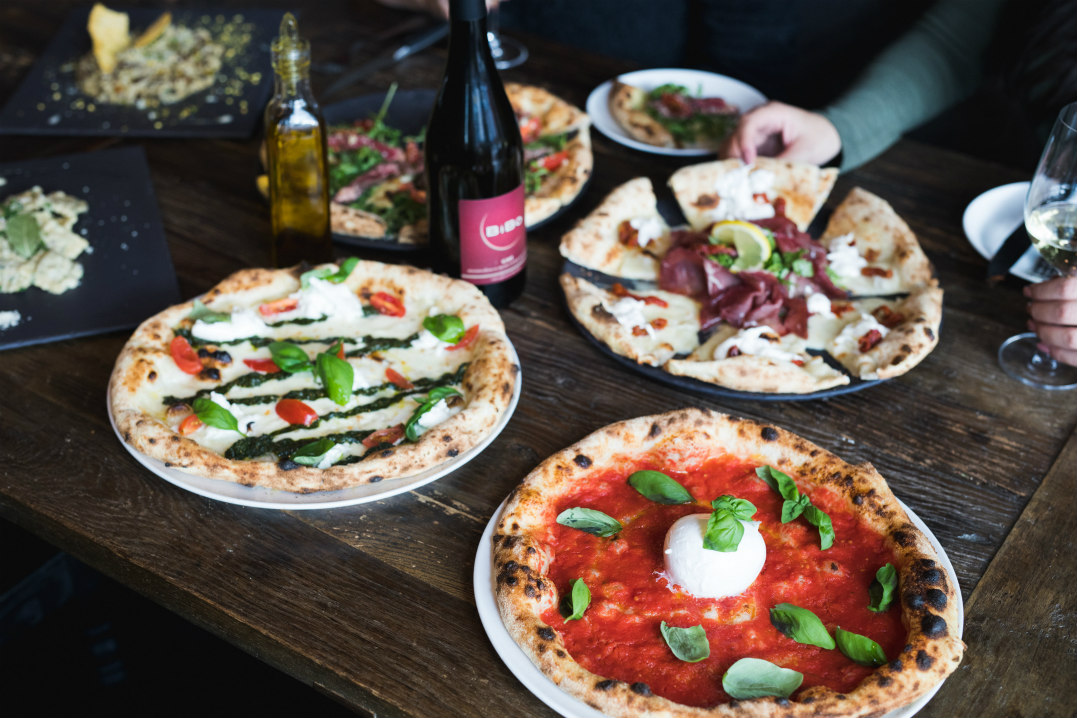 Have you ever stepped inside a restaurant and felt like you were actually in another country? Perhaps somewhere you’ve previously lived or visited?

Bibo Pizzeria con Cucina in Kitsilano does such a good job at recreating the Italian experience — with everything from their ingredients, Fellini movies playing on the TV screen, paintings of Cinque Terre, to their staff — is plucked straight from the homeland.

It wouldn’t be unusual to leave the restaurant and start wondering where you can find the nearest leather store or gondola after dinner.

Owner Andrea Bini opened Bibo in 2011, and the restaurant is currently undergoing an exciting re-branding, launching on November 1. The new space will still have the authentic Italian ingredients that they spot is known for, but with a revamped menu, impressive interior renovations, and new kitchen appliances. 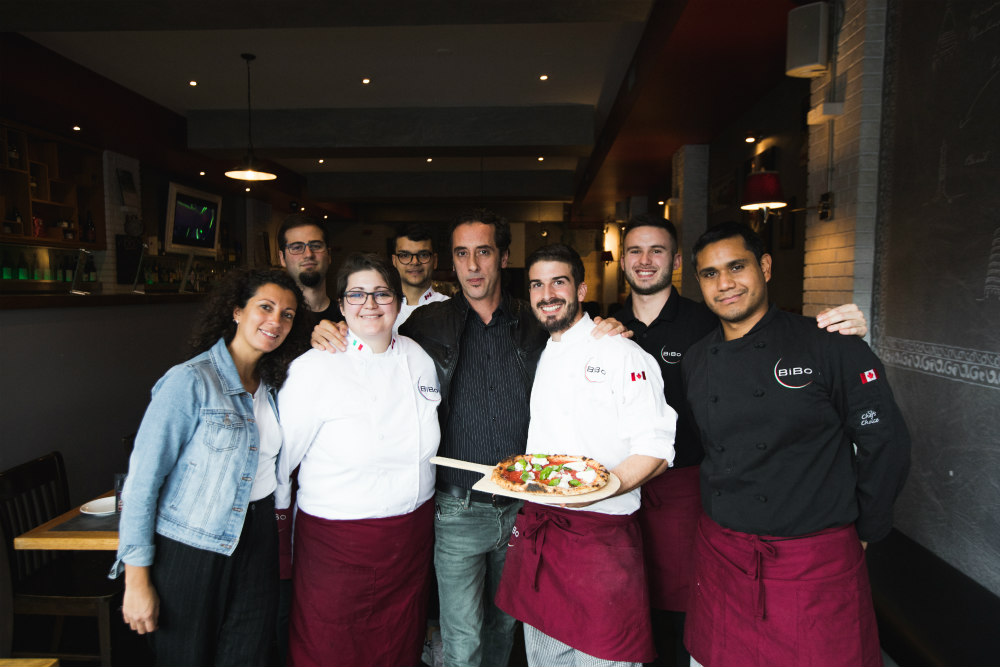 One of the most remarkable things about Bibo in Kitsilano is that 70% of the members of staff come straight from Italy. Bini travels home to Milan two to three times per year, where he finds new team members and brings them back to Vancouver to work at Bibo.

“Visas only usually allow Italians to be here for six months but I can sponsor them to be here permanently,” Bini says. After that he chuckles, “the only thing I can’t do is provide a school to teach English.”

Bini’s Italian staff members make the dining experience all the more real, especially when he says, “60-70% of my customers are Italian or Canadians who spent time in Italy”. 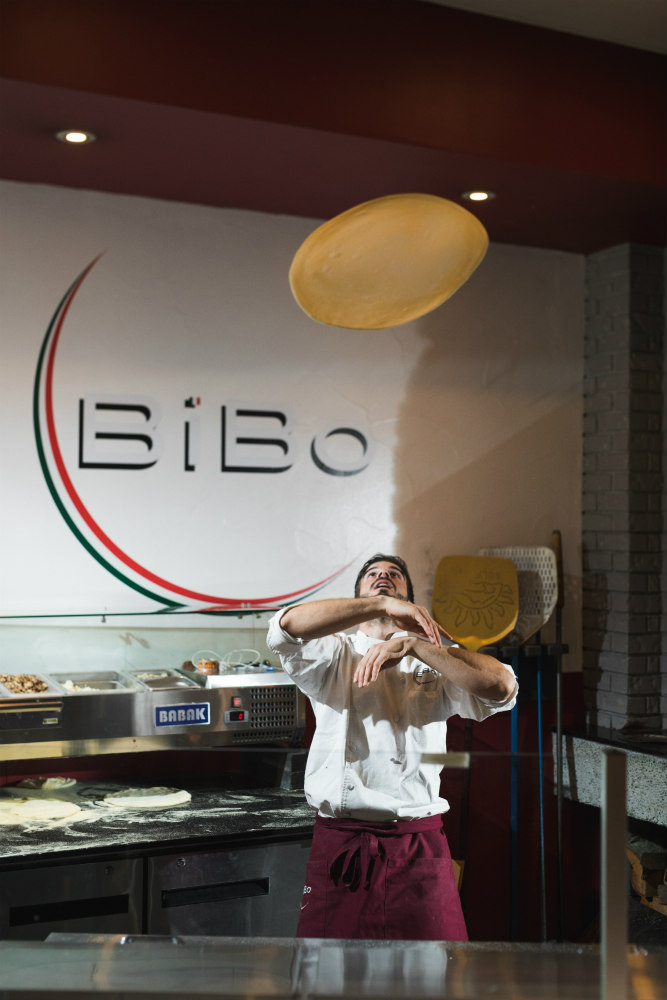 One of the main reasons Bini originally bought the restaurant space in Kitsilano was because of its wood-fired oven. “You can’t buy wood ovens anymore, only gas, so that was the reason for buying the restaurant.”

Bini says using a wood-fired oven adds more of an authentic touch and taste to the pizza, and although they require more skill from the chef than a gas oven, they can cook pizzas 20 seconds faster. “It’s the little details that make the difference in life,” Bini says.

Part of the restaurant’s rebranding is a renovation to the interior, and even though Bini says they’ll be keeping the legendary wood-fired oven, there will be a new customized counter for making pizza.

“We wanted to take it a step above,” he says. The new counter will have a fridge inside and a new slicer to cut things like prosciutto right in front of customers, so it’s fresher. 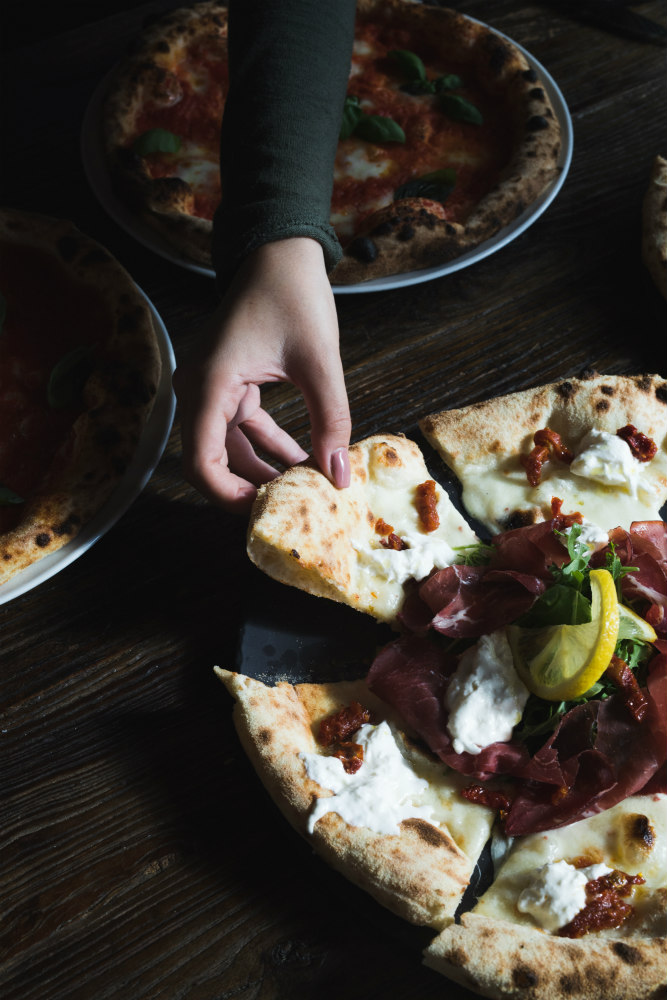 He imports burrata and buffalo mozzarella every 10 days to Vancouver from Italy and recently starting sourcing his “fior di latte” mozzarella from an artisanal Italian producer in northern B.C. 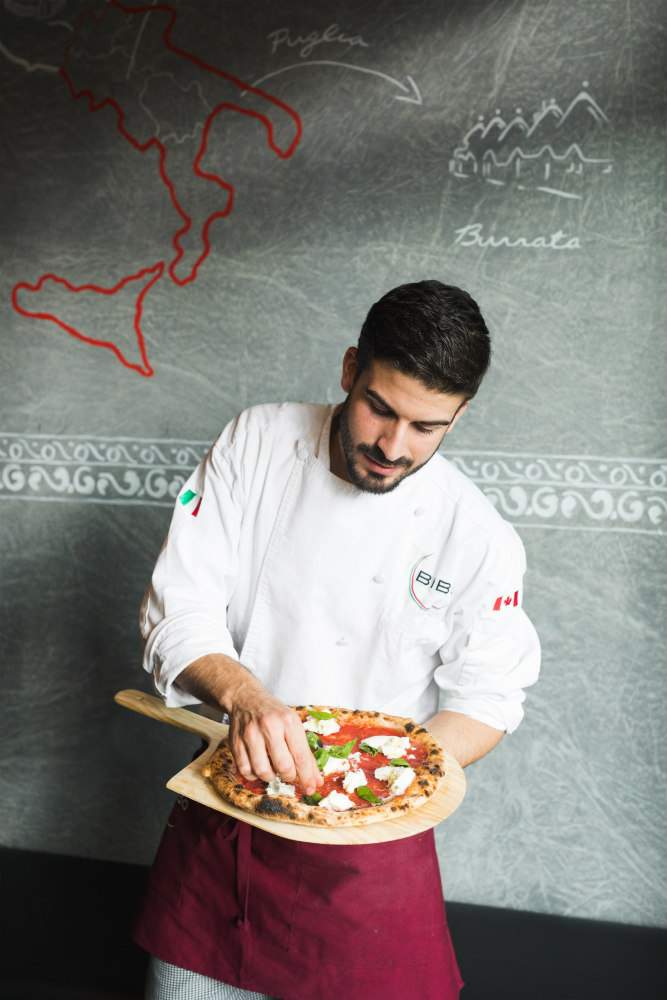 When Bibo started from humble beginnings in 2011, they were the first restaurant to pioneer Neopolitan pizza in Vancouver.

Ever gone to grab a slice of pizza and realized you accidentally grabbed the one with the least amount of cheese? This will never happen at Bibo because they make their gourmet pizza to have the exact ratio of ingredients on each slice. Seriously, how good is that?

In doing this, Bini says that all of Bibo’s gourmet pizzas are, “kind of like art. We don’t just want to satisfy the stomach, but the eyes, too”. 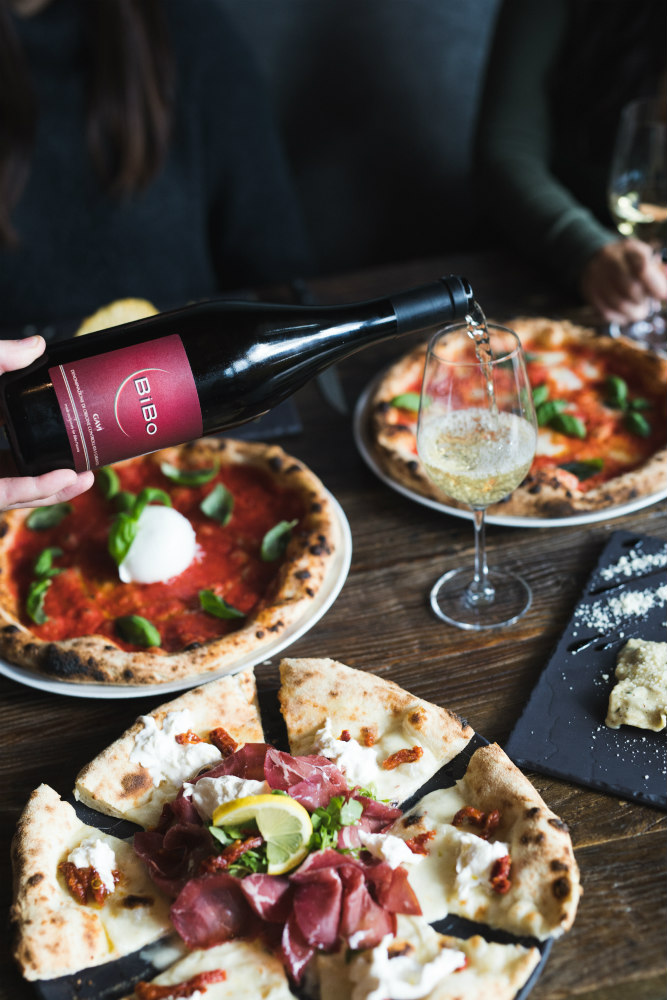 Another thing that sets Bibo apart from its Vancouver competitors is that the owner uses grapes from his own property in Gavi in Piedmont— an Italian area south of wine-capital, Barolo.

The bottles of the Cortese grape varietal are produced in Italy and shipped over straight to Bibo so customers can enjoy the wine while they dine at Bibo. Which other Italian restaurants in town make their own wine, straight from Italy?

The power of pesto 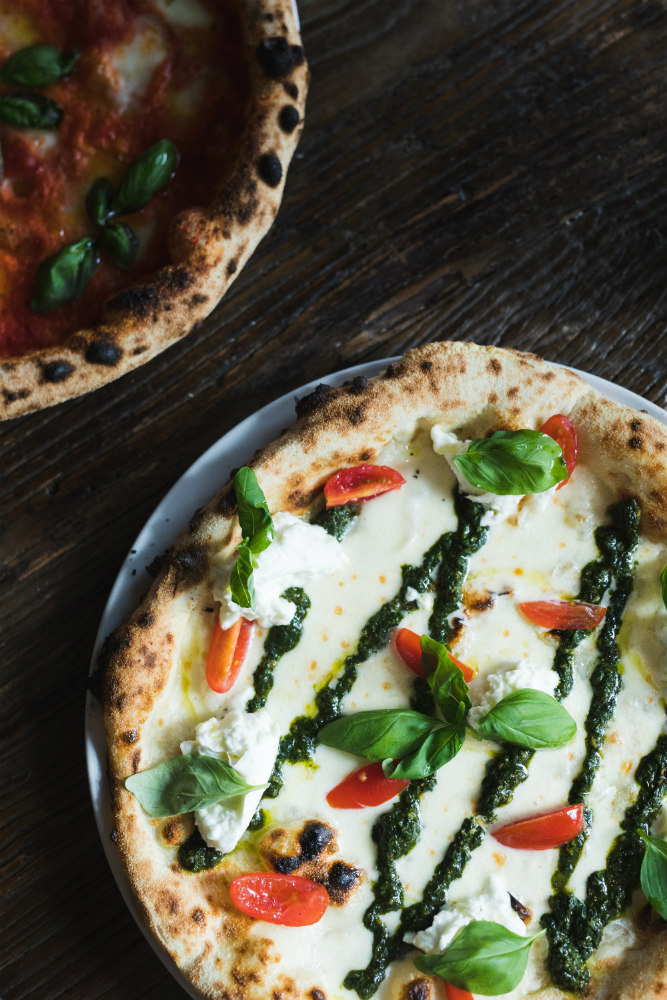 And as if all the Italian cheese, accents, and wine wasn’t authentic enough, Bini says he also sources his pesto concentrate from the Italian town where pesto originated, Genoa. It doesn’t get better than that.

He then mixes this with fresh basil leaves from California, as the basil in Vancouver isn’t ideal for pesto.

Bibo will be under renovation from October 28 to 31, and they will re-opening on November 1 with their brand new menu and revamped restaurant. Buon appetito!