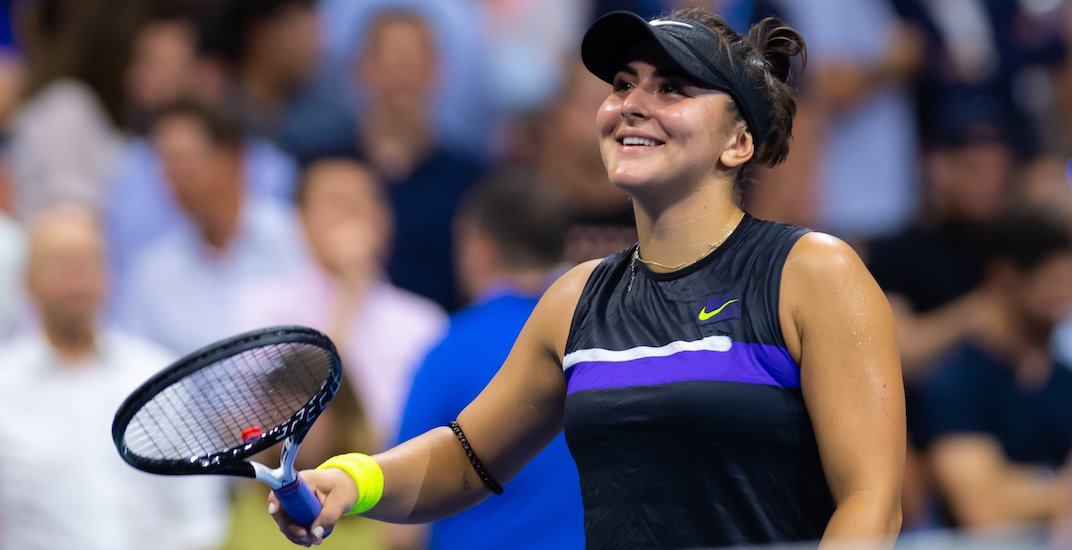 Bianca Andreescu has an important question for you and everyone else out there.

“Is this real life?”

The Canadian mouthed these words to her player’s box immediately after winning her US Open quarter-final match over Elise Mertens 3-6, 6-2, 6-4 on Wednesday. It’s a damn good question too considering she’s 19 and playing in the biggest match of her life on Thursday.

The 19-year old 🇨🇦 becomes the first teenager to reach the US Open SFs since 2009.@Bandreescu_ | #USOpen pic.twitter.com/RZ4pgCF2vO

The intensity of the match and what was asked of Andreescu to reach the semi-final was another good reason for her question.

The conditions were stifling: it was hot and humid and Mertens hadn’t dropped more than three games in a single set at the US Open to reach the quarters.

Winning the first set 6-3, the Belgian was playing at an unbelievable level and she looked as if she might keep that streak going.

After the match, Andreescu was asked on-court what she as thinking at that moment.

“Get your **it together,” she replied.

She did, digging in immediately, hitting harder ground strokes, using her drop shots and lobs, and winning a tightly-fought first game of the second set that went to deuce.

She then broke Mertens’ serve for a 2-0 lead.

Mertens wasn’t about to go away, though, breaking back immediately and quickly levelling the second set at 2-2.

“I just told myself to stay calm and stick to the tactics, which I think really helped in the second and third set,” said Andreescu.

From there, the Canadian broke twice more to take the set 6-2 and even the match.

In the third set, both players brought their best tennis. Andreescu pressured nearly every service game of the Belgian and she had seven break point chances before finally capturing one at 4-3.

At 5-3, Andreescu served it out and won the match.

“This is honestly so crazy. A year ago I was in the qualifying round. I remember I was suffering from a back injury.”

The 19-year-old will face 13th seed Belinda Bencic in the semi final on Thursday. The 22-year-old Swiss player will be the Canadian’s toughest test yet.

Like Andreescu, Bencic plays a power game. She dispatched world No. 1 Naomi Osaka in straight sets earlier in the tournament and she has been ranked as high as seventh in the world.

Not that the Canadian will feel intimidated. During her title runs in Toronto and Indian Wells, Andreescu has already beaten major tournament champions Angelique Kerber, Garbine Muguruza, and former World No. 1 Karolina Pliskova, amongst others.