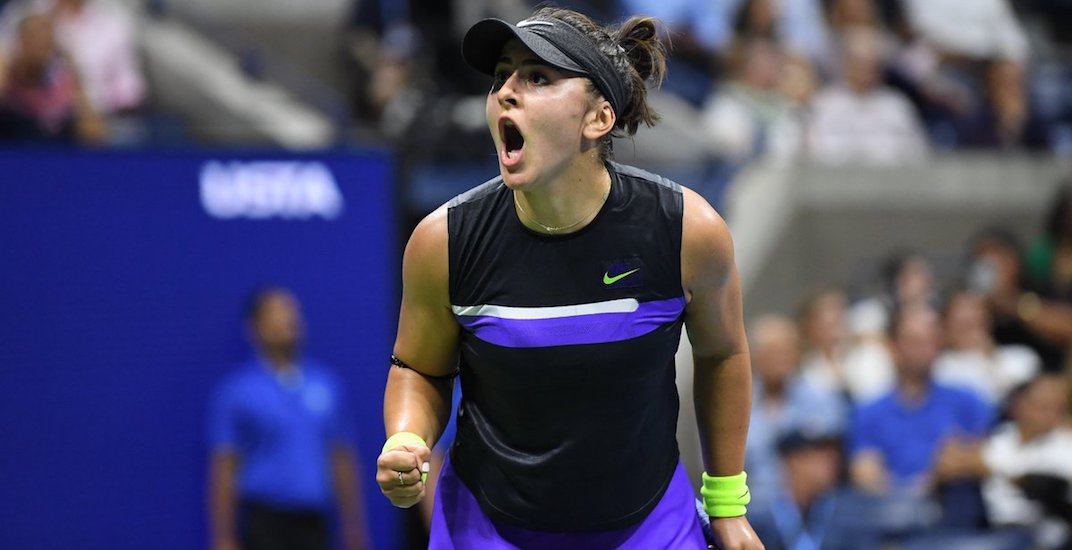 Bianca Andreescu has not lost in six months.

Including her 7-6 (7-4), 7-5 win over Belinda Bencic in Thursday’s US Open semi-final, she’s won 23 straight matches. She won the title in Indian Wells in March and she won in Toronto three weeks ago.

Her last loss was on March 2.

“If someone told me a year ago that I’d be in the finals of the US Open this year, I’d tell them you’re crazy,” the Canadian said on court after the match.

See you on Saturday in the final… 😉#USOpen pic.twitter.com/v5df41niQq

Though the score makes the win look straightforward, the match was anything but.

The fact that it took Andreescu three match points to clinch the victory only begins to tell the story.

Bencic, the 13th seed, came out playing precision tennis in the first set. She hit clean shots, made Andreescu run from side to side and won all her service games without facing a single break point.

In contrast, the 19-year-old was up and down, playing dismal tennis on many points, and incredibly well on others. She faced six break points in the set, fighting off each one with big serves and huge winners.

Then, during the first set tiebreaker, Andreescu raised her level, racing to a 5-0 lead. Bencic fought back, but the Canadian held on to take it 7-4.

The Swiss responded immediately in the second, breaking the Thornhill, Ontario native in her first service game, then holding her own serve for a 2-0 lead.

After Andreescu held her serve, Bencic broke a second time, going up a double break at 4-1.

“I felt like I was too down on myself in the second set,” Andreescu told TSN after the match.

It helped that Bencic’s level dropped at this point, as she hit two double faults and two costly errors to let Andreescu get one of the breaks back.

After seeing no breaks of serve in the first set, the second set saw five of them, and at 5-2, with Bencic serving to force a third set, everything fell apart for her.

Andreescu dug her heels in and didn’t lose another game.

In Saturday’s final, Andreescu will face Serena Williams – the tennis legend who won the first of her 23 major titles 20 years ago.

“It’s just surreal. Like, I really don’t know what to say,” said Andreescu.

“It’s a dream come true, playing Serena in the finals of the US Open. I don’t know what to say. It’s crazy. It’s crazy.”