As part of their new brand and menu launch, BG Urban Cafe (formerly known as Bread Garden) invited us down to sample some of their new menu items. The menu has a wide variety of breakfast items, such as wraps, croissants, bagels and muffins. The lunch menu features samosas, hot paninis, salads as well as hot entrees such as Thai Coconut Curry with Grilled Chicken, Chorizo Penne, and their old Fashioned Mac and Cheese. 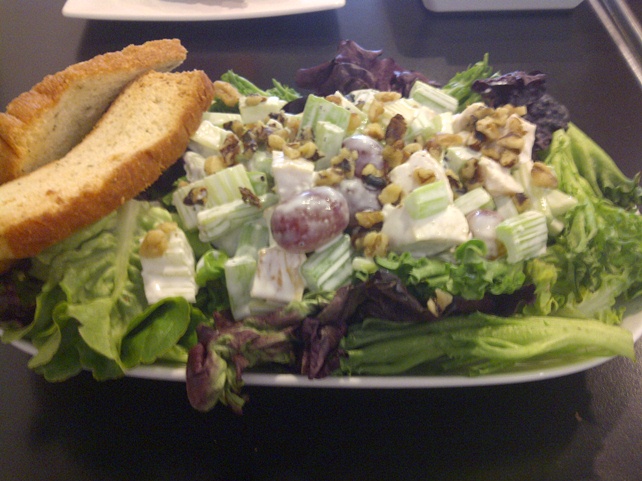 It was hard to choose just a few things, but we settled on four items. First one was the Chicken Veronica Salad, which I had never heard of, let alone try. The base of this salad is a bed of leafy greens, which is topped with diced chicken, chopped celery and grapes tossed in a light ranch dressing. A sprinkle of chopped walnuts and two slices of garlic toast complete the dish. This was really good – amazing crunch from the celery, juicy sweetness from the grapes, and moist meatiness from the chicken. If you’re the type that doesn’t like your salad soaking with dressing, this is a must-try. 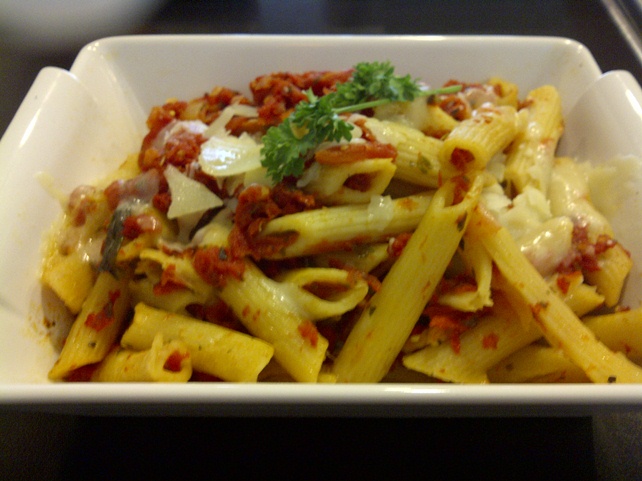 Next up was the Chroizo Penne in a Marinara Sauce. The sauce was fresh, nice and tangy. The pasta wasn’t overcooked, as is the common mistake in cafes. Very good meat-to-pasta ratio. This is a very filling lunch but it’s not overly heavy due to the freshness of the sauce.

We also tried the Smoked Turkey Club House with Maple Bacon. For their sandwiches, they use Freybe deli meats and put it on the press when you order it. This was good – the bread used for this sandwich is made with rosemary and you can really taste the flavour here once heated it on the press. Add the cheddar, tomato and lettuce and of course, the Maple Bacon, and you’ve got yourself a winner. 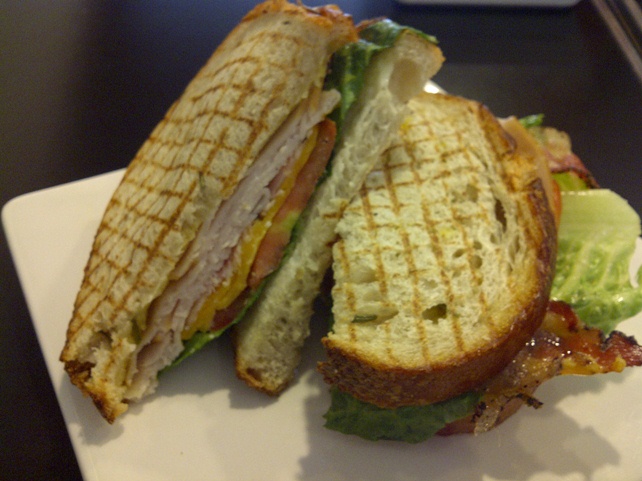 The final dish we tried was their Thai Coconut Curry with Grilled Chicken. I expected a westernized version of an Asian dish but was pleasantly surprised. The rice was nicely scented with coconut curry and piled on top were fresh red peppers, sliced mushrooms, pineapple chunks and a few bean sprouts strewn throughout. The heat level is fairly mild but the flavour is excellent. 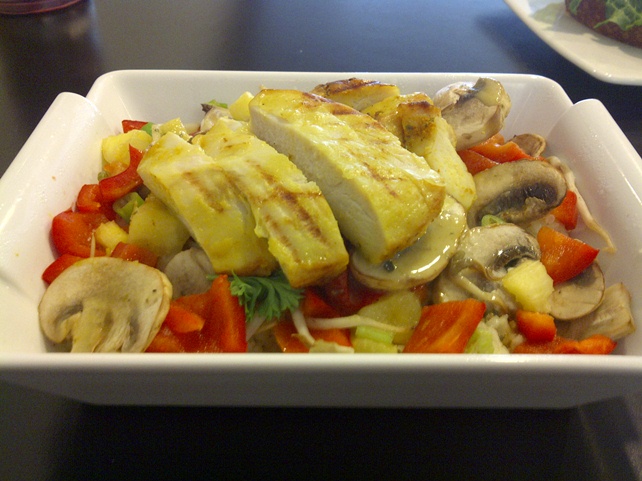 Their Grand Opening is on May 18 and in honour of this, the BG Urban Café team will be joined by Mayor Gregor Robertson and the Vancouver Area Cycling Coalition (VACC) at the flagship location on Hornby Street. It’s also Free Cinnamon Knot Day, so visit any of their locations to get yours! Offer valid until 2pm or while supplies last! We wanted to try one out but by the time we were finished with lunch, they were sold out and in the process of baking a fresh batch, so go early!