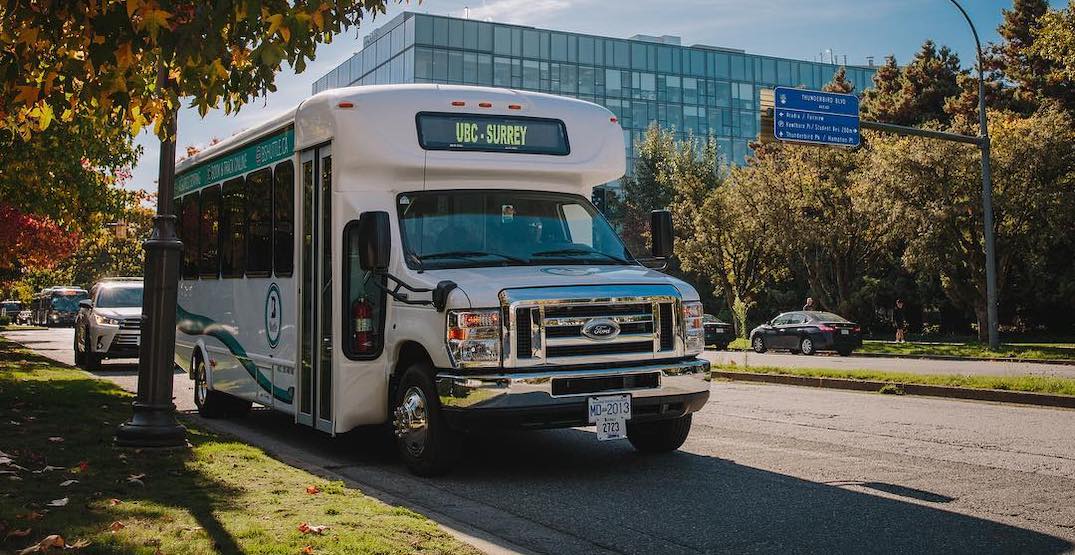 A privately-operated direct, express bus service between Surrey and the University of British Columbia’s Point Grey campus has apparently folded.

Beyond-Shuttle (BS) began operating last October shortly after its unsolicited proposal was approved by TransLink’s board of directors. Other than making several stops within Surrey, the service’s route was direct between Surrey and UBC, with the service running 12 times each way daily — approximately once every hour from early morning to late afternoon.

Using newly-acquired small bus vehicles outfitted with passenger amenities, each one-way trip of about 75 minutes was $10, and a monthly pass was later made available for $250 per month.

It provided relatively competitive travel times to driving (15 minutes slower) and public transit (30 to 60 minutes faster), but that did not seem to be enough to lure sufficient ridership and at the fare levels offered.

The BS website has been taken down, and the booking and tracking app is no longer functional and has disappeared from app stores.

Operators could not be reached, and TransLink was unable to immediately comment on whether they received any notice from the company; it is unclear when exactly BS ceased to operate, although comments on their Facebook page indicate riders have had difficulty reaching out to the company as early as May.

As well, on July 24, a BS bus vehicle was listed on Repo.com — an online classified website used by financial institutions and lenders to dispose of collected or recovered property — with an asking price of $80,000 plus taxes. 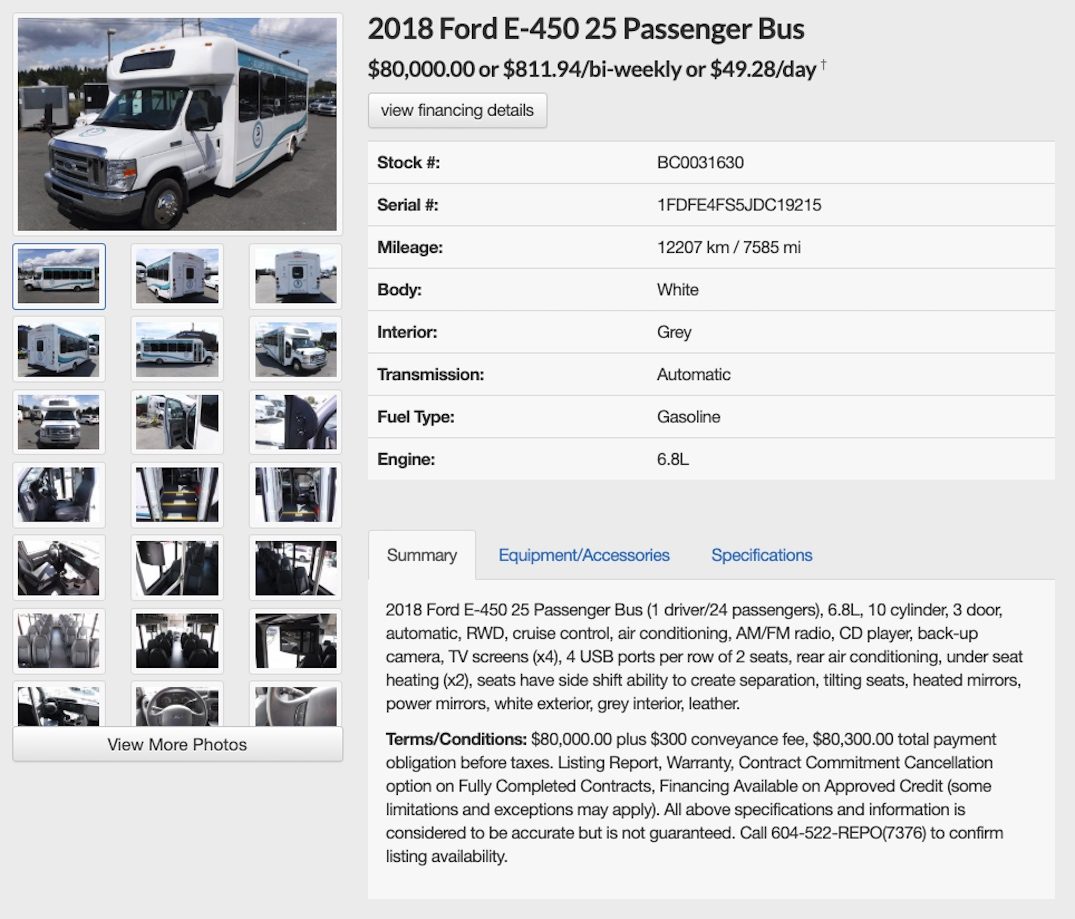 A Beyond-Shuttle bus listed on Repo.com

Under the terms of TransLink’s approval, BS had to operate within the parameters of its approved route and frequencies, which means it could not have deviated from its business plan to generate additional ridership.

Such independent transit services regulated by the public transit authority are usually funded and operated by municipal governments and public tourism agencies, and in recent years they have taken the form of free point-to-point shuttles. For instance, Tourism Richmond received permission from TransLink in June to operate a free bus shuttle service from Lansdowne Station to Steveston during the weekends, all summer long.

BS had a permit to operate its UBC-Surrey service until the end of 2019, upon which it would be subject to a re-evaluation of its service by TransLink.

Their service was approved under the framework that it would not compete with the public transit authority’s services. For this reason, TransLink’s approval of BS last fall only related to the UBC-Surrey service, and not the company’s proposed Broadway Corridor service from Commercial-Broadway Station and UBC, as it would have directly competed with the 99 B-Line.