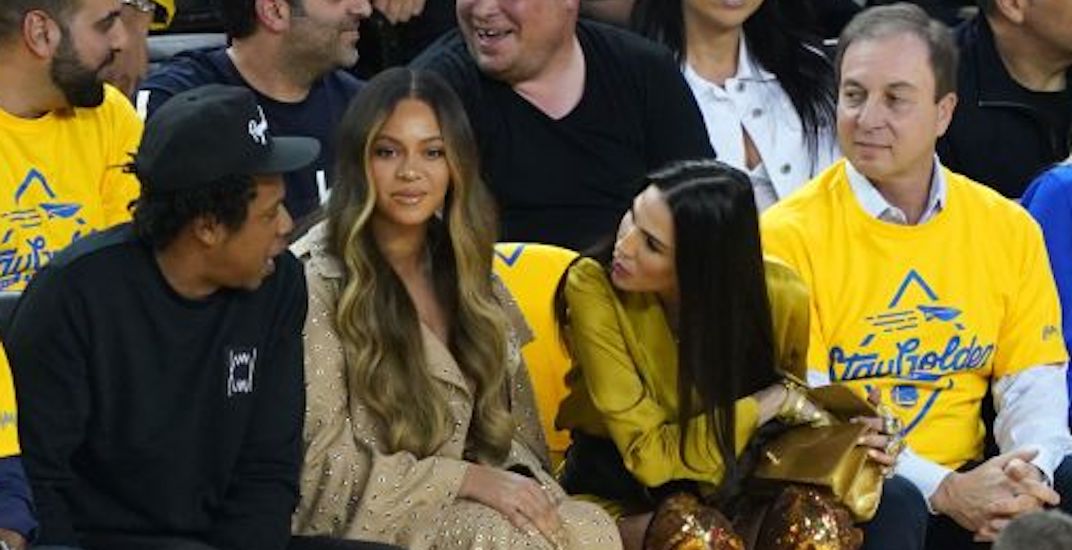 It’s been a rough 24 hours for the Golden State Warriors organization.

A franchise that’s used to having everything go right, right now it must feel like everything is going wrong.

Without Kevin Durant, Klay Thompson, and Kevon Looney due to injury on Wednesday, the Warriors lost Game 3 of the NBA Finals to the Toronto Raptors. To make matters worse for the back-to-back champs, part-owner Mark Stevens was ejected from the game for shoving Raptors star Kyle Lowry.

What more could go wrong?

Curran, it appears, had the audacity to speak over Beyonce, who she was seated next to courtside. She was talking to Jay-Z, the world’s first billionaire rapper, and Beyonce’s husband.

Jay-Z and Beyoncé are courtside for Game 3 😎 pic.twitter.com/6mmJuN8Odn

Beyonce looked away, causing the internet to read into it way too much.

Was she mad? Annoyed?

Did she even care at all?

Does it matter when we’re dealing with the Queen B?

Curran posted this photo to Instagram, not knowing what kind of reaction she would get from fanatical Beyonce fans. 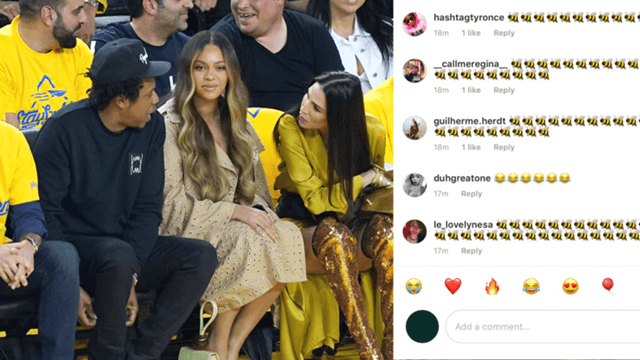 This story goes from funny to unnerving pretty fast, as Curran received death threats before disabling her Instagram account, according to a report from ESPN’s Ramona Shelburne.

Curran was apparently just asking the couple what they’d like to drink.

Beyonce asked for water, while Jay-Z chose a vodka soda. Curran wanted to know if he wanted a lime with his drink, but it was hard to hear in the arena, so she leaned in.

“There was no hostility. I was trying to be a good hostess,” Curran told ESPN. “I’ve never experienced cyber bullying like this. I can’t believe our players go through this. That kids go through this.”

Here’s the full report of what happened:

Just spoke to Nicole Curran, the wife of Warriors owner Joe Lacob, about the “incident “ with Beyoncé last night. She was in tears. Said she had been getting death threats on social media all night this morning she disabled her IG account just to make it stop.

Curran said she had no idea anything was even amiss until she got home and started seeing texts from friends and checked her social media. She’s invited Jay Z and Beyoncé to the game 3-4 times before. Last night she says she asked if they wanted drinks. Beyoncé asked for water

Curran says Jay Z asked for a vodka soda. She asked if he wanted lime with that. But it was loud in Oracle and she couldn’t hear, so she leaned over. That’s where the photos of Beyoncé looking askance at her come from.

Curran says she then went to go get them those drinks. “There was no hostility. I was trying to be a good hostess,” she said. “I’ve never experienced cyber bullying like this. I can’t believe our players go through this. That kids go through this.“