THE MRS. CARTER SHOW WORLD TOUR starring BEYONCÉ, the Biggest Tour of 2013, with its explosive special effects and intricate, strobe-laden light show, is an artistic triumph and the entertainer’s most ambitious undertaking to date. It is bigger in scope than any of her previous shows, fittingly designed for the vastness of arenas and stadiums. For an exclusive look at this spectacular live show featuring footage from the European leg in broadcast quality format click here: http://bit.ly/BeyonceTrailer

Sponsored by Pepsi, Coty and MasterCard, tickets for the added North American dates, will be available starting Monday, July 1, 2013 at 10:00AM/EDT at LiveNation.com. A special pre-sale for registered members of Beyoncé’s BeyHive Blog will begin at 10:00AM/EDT in select markets on Wednesday, June 26. Fans can go to Beyonce.com to sign up now for the chance to be the first to purchase tickets. MasterCard pre-sales start Thursday, June 27 at 10:00AM/EDT in select markets. A complete list of tour dates, and on-sale information are provided in the itineraries below.

Tickets on sale July 8 at 10 a.m. at www.livenation.com 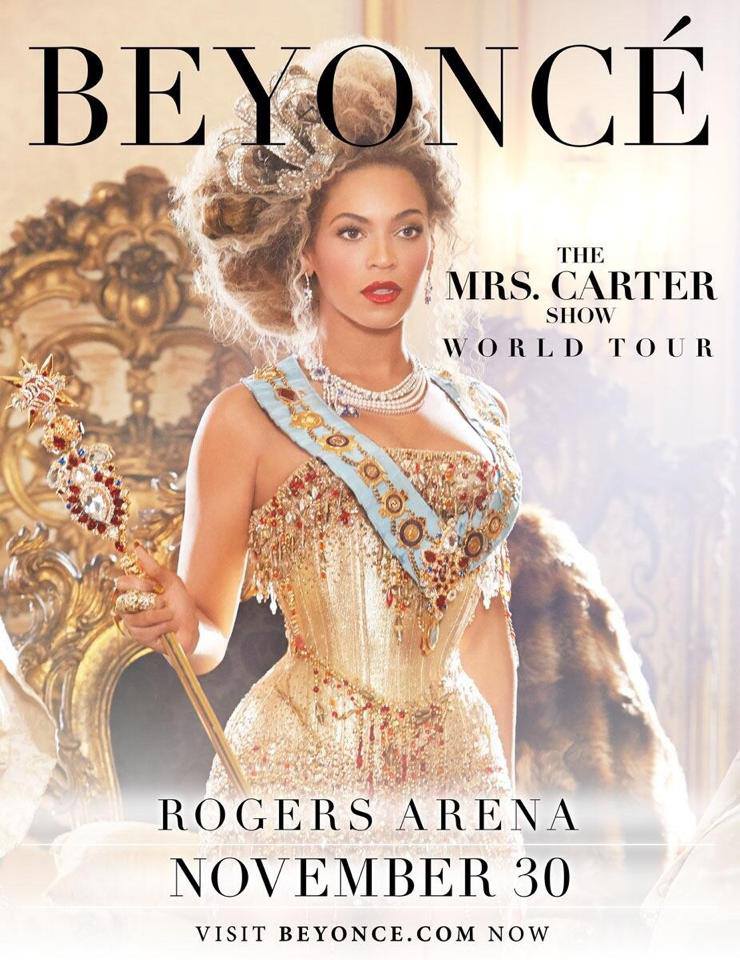