With less than 100 days left in the year, we once again check in with Colin Easton, creator of The Stranger Project 2014, as this year long, daily project draws closer to completion.

For those of you who don’t know of The Stranger Project, Easton has been conducting his own social experiment. He goes out into the streets of Vancouver and meets a stranger everyday. Through conversations that range from five to 60 minutes, Easton finds out about each person’s life and then writes about the conversation.

“It’s been a very eye-opening experience. Some days it’s a light and fun-filled look back at a person’s life story, other times, it can be humbling to witness the spirit of humanity and determination to overcome challenges that life can present to people,” said Easton.

“It’s also been interesting to share stories about people whose lives are outside of what others may call ‘ordinary.’ The chance for people to read stories that they might not otherwise encounter. There has been some powerful feedback from those who are following along with The Stranger Project.”

“As the year draws to a close, I do have some thoughts about what’s next. I’m working on a couple of ideas. Time will tell,” said Easton.

Could it be another project? A book? A documentary? Time will tell. Meanwhile, you still have about 11 weeks of strangers to meet!

Here are a few of the most popular stories of strangers that Easton met during the month of September, for The Stranger Project 2014: 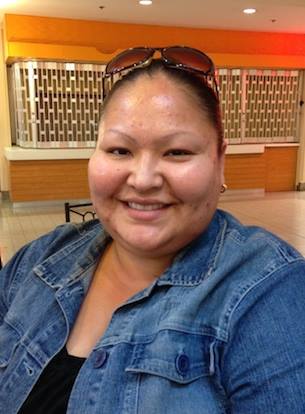 September 2, 2014 – I just knew today was going to be an indoor day. Indoor as in I didn’t really want to leave the comfortable nest that is my home. And I hoped to find a stranger to chat with, indoors as well. Rain and wind don’t often make for friendly chit-chat and banter on the sidewalk. I managed to score high marks on both counts.

Tish was having a bite to eat when I approached her at my first indoor location, a local mall. When I told her what I was doing, she asked me a question that, frankly, I’m surprised I don’t get asked more often. “How do I know you’re a writer?” I showed her my backup on my phone; my Facebook page. “What kind of stuff would you be asking me about?” Another great question. Once I’d explained fully to Tish what it was all about, she agreed to chat, and let me take her picture.

Born in Dawson City in Yukon (Canada), Tish is an only child. “Sometimes being an only child bothered me, and sometimes it didn’t. It can get lonely and boring as a kid. But, on the other hand, it also meant that I sometimes got spoiled as well. My grandmother on my mother’s side had fourteen children, so I had plenty of cousins for siblings. There are eighty plus cousins in Dawson, so there was usually someone around,” she said. Tish’s father, from the Han First Nation, worked for Parks Canada for thirty years. “My mother did mostly janitorial work. Both of my parents worked hard all of their lives. They both had a difficult childhood,” said Tish. Her mother and all her aunts and uncles were sent to residential schools. “My mother was put in a residential school all the way across Yukon. My father was sent to live in a hostel at St Paul’s, (an Anglican Church built in 1902, now a National Historic site) in Dawson. You don’t ever fully get over that,” she said. 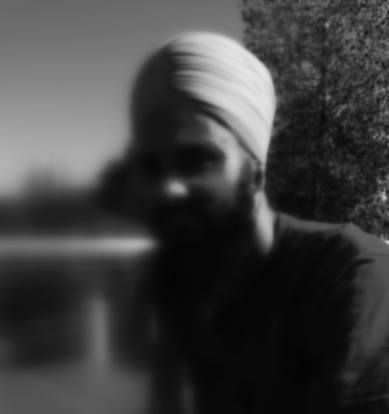 September 4, 2014 – As it is everyday, this is one person’s story, but it could so easily be the story of many people. I thought about how I would tell this story. I thought about if for quite some time. How to maintain and honour the spirit of the story shared, while respecting the person telling it. Integrity and authenticity have been my main focus and have driven every story I’ve written for The Stranger Project 2014.

Pardeep was sitting on a bench at the end of a small pier overlooking False Creek. I almost didn’t go over to talk with him; a woman approached from the opposite direction and I thought for a moment she was going to sit with him. However, she continued walking right past. He had his back to me and didn’t see me approaching. As I got closer I could see he had earphones in and was holding a phone in his hands. Despite that, I stood in front of him to get his attention. I sat down on the bench next to him, and explained what I’m doing, and asked if he’d chat with me. Pardeep hesitated for a moment, and then nodded and said yes. “What is it you want to talk about,” he asked, his voice rich with an Indian accent. I showed him my Facebook page and some of the people that I have spoken to recently. “We can talk, but you don’t need my picture,” he told me, smiling shyly. He even suggested that I could use anyone’s picture, that it didn’t have to be his. I assured him that I wasn’t going to use anyone’s picture, that if I was telling Pardeep’s story, I wanted to use Pardeep’s picture. He was clear that he didn’t want his picture taken.

I stood up and extended my hand out to shake, thanking Pardeep for his time and for allowing me to interrupt him listening to his music. “I’m not listening to anything,” he said, and then asked, “Why won’t you talk with me?” I smiled and explained that for me it is important to have a picture of the person whose story I am sharing. I said that it wasn’t to identify him personally, but that for my project, I felt it was important. “Ok, if you must then, you may take my picture.” He put his phone in his pocket, I sat down again and we chatted. 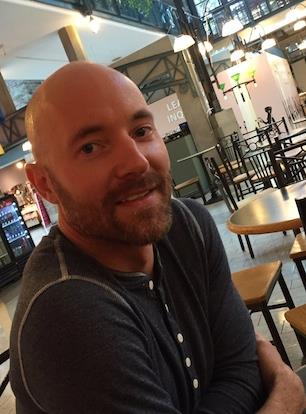 September 26, 2014 – Adam was sitting by himself listening to music. Although, at first I couldn’t tell if he was listening to music or talking on the phone. When I approached him, he smiled and put a hand up which I took to sign he as on the phone. But no. It was a sign to hang on while he turned the music off. Adam was listening to a new album from the American metal band ‘Body Count’ fronted by rapper Ice T. He took his earphones out as I explained what I’m doing, and agreed to chat with me.

Adam was born and raised in Kamloops, British Columbia (BC). “I have a twin brother and three older sisters. My twin is ten minutes older than I am. We’re fraternal twins, so we look more like brothers than twins. We’re very different people as well. He was very involved in sports in school and I was more of the black sheep. We each had our own different circle of friends. I was social and experimented a bit with alcohol,” said Adam. “I did alright in high-school, but I did better when I went to college,” he told me. After finishing high-school, Adam got a job working for a company that makes scratch-and-win lottery tickets. “I worked in the production area where the clear shiny coating was applied to the paper. There were so many different stages. And so many different chemicals and things that go into the making of lottery tickets. We wore gloves, but you’d get holes in those. I got a pretty bad rash from the chemicals I was working with. I did that for about a year,” he said.