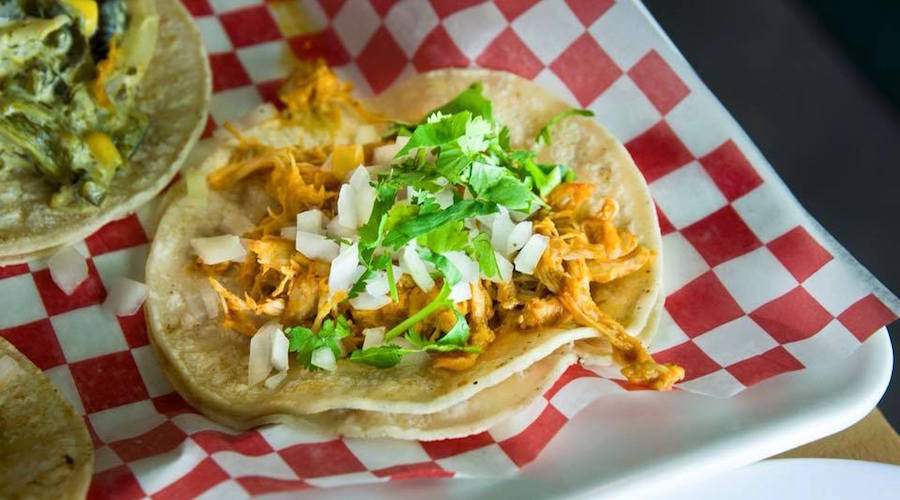 The humble taco is one of the world’s most popular hand-held eats. Small, portable, and packed with plenty of flavours, tacos satisfy like few other foods. Whether you’re looking for the crunch of fried fish, juicy marinated meats, or an all-veggie taco feast, Vancouver has an impressive taco game going on.

Here are our picks for the best tacos in Vancouver. 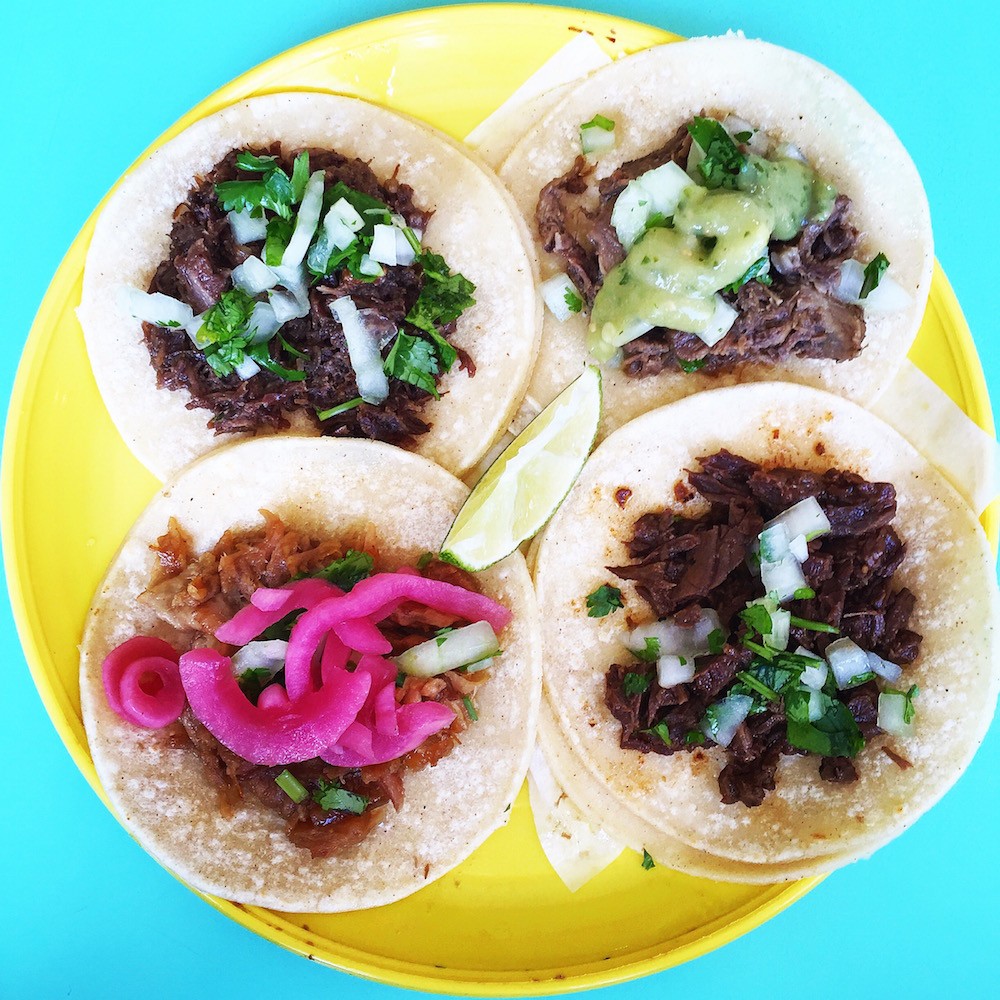 There’s usually a line out the door at La Taqueria in Vancouver, and with good reason. They are serving up top-notch tacos focused on deep flavours and rich culinary history. Pleasing meat eaters with their soulful al pastor and lengua and vegetarians with their hongos con kale (mushrooms and kale) and rajas con crema (roasted pepper and creamed corn), this is one not-to-miss spot for tacos in town. They’ve also added an epic fried fish taco to their menu, which is not to miss.

Priding itself on authentic, fresh Mexican cuisine Tacomio (which translates to “my taco”) keeps their recipes simple and garnishes their soft-floured creations with a variety of fun and enticing toppings, like BC Albacore tuna, braised pork shoulder, Angus ground beef, a vegetarian mix (pinto beans, chipotle pepper, caramelized onions, fresh crema and cilantro), and more. 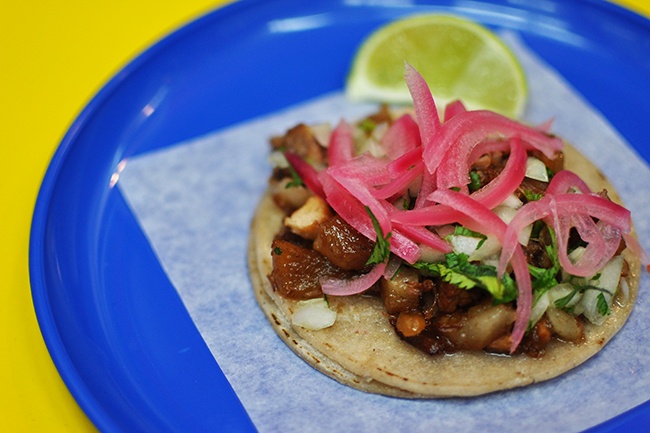 Opened earlier in 2016, this vibrantly-coloured quick-service eatery is a venture from three friends (who all hail from Mexico and previously worked at Vancouver’s popular La Taqueria) looking to make real-deal tacos for Vancouverites. La Catrinas menu offers a range of tacos all priced at $3, with the exception of the fish taco, which is $4. Vegetarian and vegan options are aplenty.

This small, no frills neighbourhood taco shop is a longstanding favourite among Vancouver’s taco fans. The Mount Pleasant restaurant is beloved for their array of tacos, including shrimp, chorizo, chicken, beef, and pork. 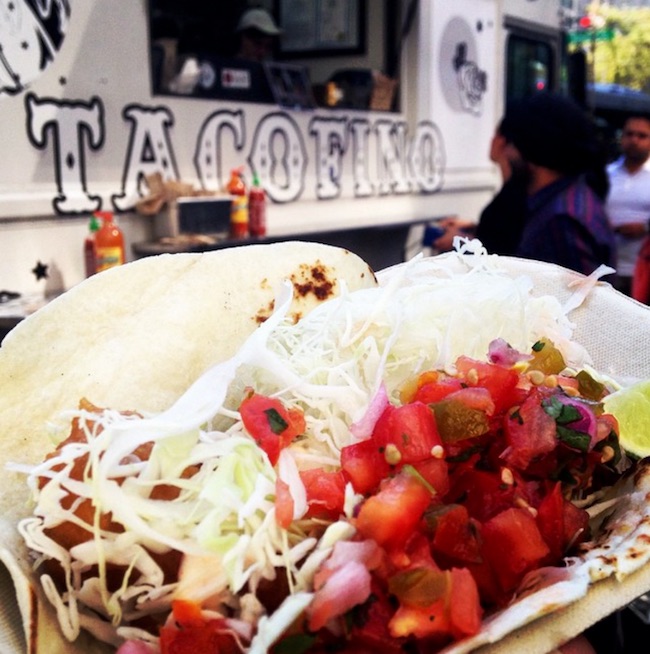 From its humble roots in Tofino to the taco (and burrito and nacho) empire in Vancouver its become, Tacofino is sort of a way of life for locals. Succulent fried fish tacos with all the trimmings are their calling card,

Known for their delicious Latin American-inspired street food, it should it comes as no surprise that El Camino’s dishes up some seriously tasty tacos. Served on small, soft white corn tortillas, the tacos at El Camino’s are made for sharing, particularly when a few different flavour combinations are ordered. Choices include fried Baja cod, buttermilk fried chicken, grilled flat iron steak, and pulled pork with pineapple salsa, just to name a few. 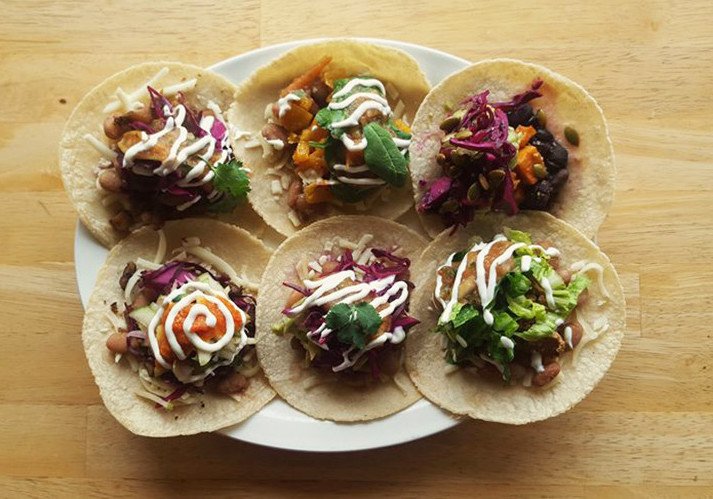 Catering to a vegetarian crowd or rather those who want to simply enjoy meat-less tacos, Bandidas Taqueria serves healthier editions like the Ronny Russell, which is comprised of house-made corn tortillas, roasted yams and onions, fresh guacamole, black beans, purple cabbage and toasted pumpkin seeds. 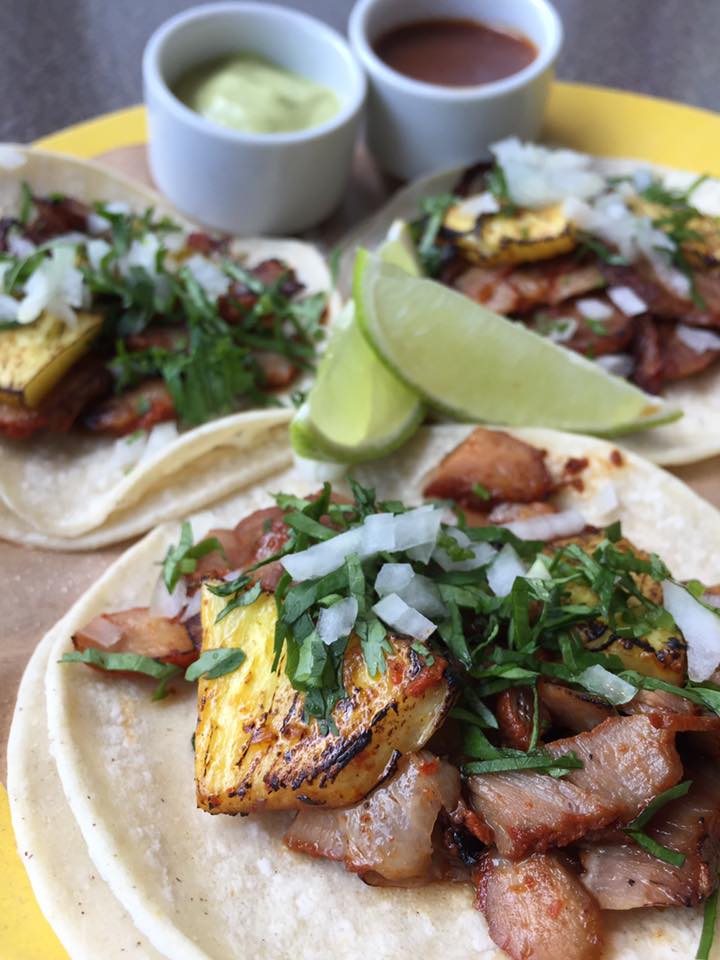 Offering a casual vibe in Davie Village, Molli Café is inspired by the foods of Central Mexico, executed using fresh, local high-quality ingredients. Their tacos are $2.75 each and include two veggie options along with cochinita pibil (pulled pork) and chicken. Look for taco specials, too.

With files from Jess Fleming