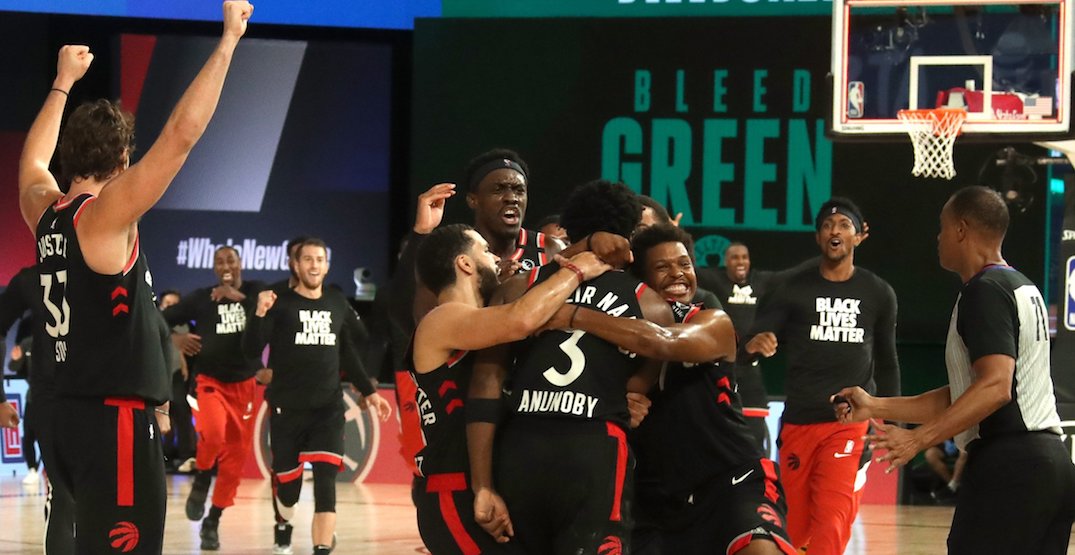 It wasn’t quite like Kawhi Leonard’s buzzer-beater last year, but it wasn’t far off.

Down 2-0 in their playoff series against the Boston Celtics, the Toronto Raptors were 0.5 seconds away from trailing 3-0, which surely would have been an insurmountable hole to climb out of.

But OG Anunoby’s game-winning buzzer-beater changed that, and now the Raptors are back in the series.

Anunoby calmly drained a three-pointer with no time left on the clock, converting on a perfect pass from teammate Kyle Lowry, who had to deliver the ball over 7-foot-5 giant Tacko Fall.

The reactions from players and fans after the game were both amazing and hilarious, mostly due to OG’s deadpanned look. I mean, even Kawhi showed emotion when he drained a buzzer-beater last year.

But the 23-year-old who missed the entire playoff run last year due to injury, was cooler than the other side of the pillow.

Easily the coolest human on the planet. pic.twitter.com/AmZ4TnpYCk

After the game, Anunoby was asked how he stayed so cool in the moment.

“I expected to make it,” said Anunoby. “I don’t shoot trying to miss… I wasn’t going to act surprised.”

“This OG’s moment, man,” Lowry told reporters after the game. “That’s a great moment for that kid. I’m so happy and so proud of him.”

Here’s another look at the shot in slow motion:

"I don't shoot trying to miss."

The memes were out of control after the game, not only from fans, but from the Raptors’ official social media accounts too.

Here’s a look at the best reactions:

I think my new favourite part is when the faces of all the Celtics fans come up on the screen for just long enough to register what just happened. #WeTheNorth pic.twitter.com/NmAZdSXVtD