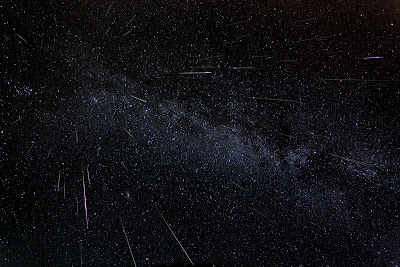 Look up at the sky tonight and tomorrow night and you may catch the Perseid meteor shower, which is best viewable around 10pm tonight. The question on everyone’s mind is where is the best place to watch the meteor shower? Well, I rarely say this, if you really want to see the meteor shower for once it may be worth going to the valley for. The bright lights of the city will just take away from visibility. It’s expected that  50 to100 meteors per hour can be seen across the sky during its peak. Here is a list of places across the lower mainland and valley where you can watch them.

The Best Places to Watch the Perseid Meteor Shower in Vancouver

1. Aldergrove Lake Regional Park (map): Meteor Shower watch, August 11. This is an all night event at $2/person. Come to the Park with a tent, flashlights, warm clothes and a snack to enjoy this spectacular nighttime show.

3. Iona Beach Regional Park, Richmond (map). However, the gates close at 10:00pm. It is considered one of the best locations in the Lower Mainland to stargaze, thus is the perfect place to watch the Perseid.

4. Cypress Provincial Park lookout (map) | Look at the night sky from one of the regions highest points!