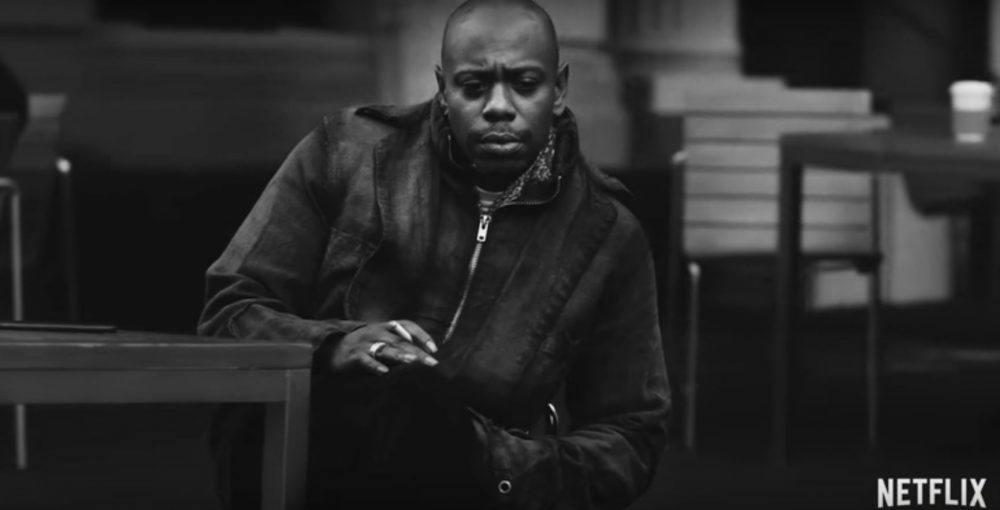 What is going on with the month of March? It’s gone mad! Weird El Niño weather aside, it appears that movies or TV shows that deal with dictators or anything to do with World War II are really hot right now.

Gee, I wonder why?

There is some great content coming to the big giant streaming site this month. We already gave you the full listings, but now it’s time to focus on 9 shows that deserve a bit of the spotlight.

Below I include a few programs that you should add to your personal list. I do however want to make sure you know that although shows like season two of Love, and Better Call Saul or classic films like Looper, and Rush didn’t make the list below, they are still beloved and deserve to be on your Netflix rotation.

So screw you weird March! Netflix at least has our backs this month.

Synopsis: This film, based on the 2008 book of the same name, is about Marcus Messner (Logan Lerman) who escapes being drafted into the Korean War when he receives a scholarship to a prestigious school. There, he becomes infatuated with a beautiful classmate named Olivia Hutton (Sarah Gadon) who turns his life completely upside down.

This film got solid reviews and didn’t get much notoriety last year. Now is your chance to check this little gem.

The standup comedy stylings of Amy Schumer return to Netflix where she rips on dating, sex and the price of fame.

Synopsis: Netflix bought this film after it debuted at Sundance Film Festival last January. The movie follows the college hazing process when a promising student named Zurich has to take part in a tradition that’s built upon violence and extreme abuse. This looks pretty captivating.

Synopsis: The USS Enterprise crew explores the furthest reaches of uncharted space, where they encounter a new ruthless enemy who puts them and everything the Federation stands for to the test. This was one of the most enjoyable films last summer and probably one of the best films in this new franchise.

Move over Daredevil, because there is a new superhero in Hell’s Kitchen and he knows Kung Fu. Netflix has done such a great job with their Marvel properties and as we come closer to the formation of The Defenders, we now get the origin story of Iron Fist. Get ready to spend your St. Patrick’s Day binge watching TV.

This Oscar-nominated film was one of the best flicks of 2016 and now it has a home on Netflix. A divorced father and his ex-con older brother resort to robbing banks in order to save their family’s ranch in West Texas. Fantastic performances by everyone involved, but you’ll really dig Jeff Bridges as a wise-cracking sheriff who has one foot in retirement while trying to crack one more case.

This is what everyone is waiting to see this month. Netflix continues to invest heavily in stand-up comedy and they’re not only releasing one Dave Chappelle special but two, on the same day. Let that sink in for a bit.

Chappelle has given Netflix two performances from his vault. One of the specials, The Age of Spin, was filmed in L.A. at the Hollywood Palladium about a year ago, while the other, Deep in the Heart of Texas, took place in April of 2015 during Austin City Limits Live at Austin’s Moody Theatre.

This is a must see. If you are not familiar with Chappelle’s work, now is your chance to finally see what the world loved about this man back in the early 2000s.

On March 17 Goon 2: Last of the Enforcers will be in theatres 9 days before you can watch the 2011 cult classic on Netflix. If you haven’t seen one of Canada’s greatest comedies, and you are a hockey fan, shame on you. Honestly, that’s blasphemy right there.

What’s surprising to me is why has Netflix waited this long to have Goon in their regular Canadian rotation?  It’s pretty much an Oscar contender, eh? Netflix has The Mighty Ducks but where’s Slap Shot? Young Blood?… “Jesus Murphy!”

Goon tells an inspiring story about a discontent bouncer named Doug who aspires to be a professional hockey player. What he lacks in actual hockey skills he more than makes up for by knocking guys out. This is a film about reaching for your dreams, never giving up and punching your way to the top. This will be a late night er…early morning special. Goes great with Timbits.

Like stand-up comedy, Netflix has also been bringing us a lot of great documentaries. This time they take a great book – Five Came Back: A Story of Hollywood and the Second World War – and turn it into a powerful three-part documentary series about five filmmakers, who shaped the United States’ perceptions of World War II. Those five filmmakers wereJ ohn Ford, George Stevens, John Huston, William Wyler, and Frank Capra; and their stories are told by five other masters in Steven Spielberg, Francis Ford Coppola, Guillermo del Toro, Paul Greengrass, and Lawrence Kasdan.

The trailer makes it look like that this series focuses a lot on Hitler, but that’s not the case. It covers a variety of subject matter that was filmed to counteract the powerful propaganda coming out of Nazi Germany, engineered by Joseph Goebbels and director Leni Riefenstahl. Netflix feels the subject matter coincides with what’s happening in today’s world.