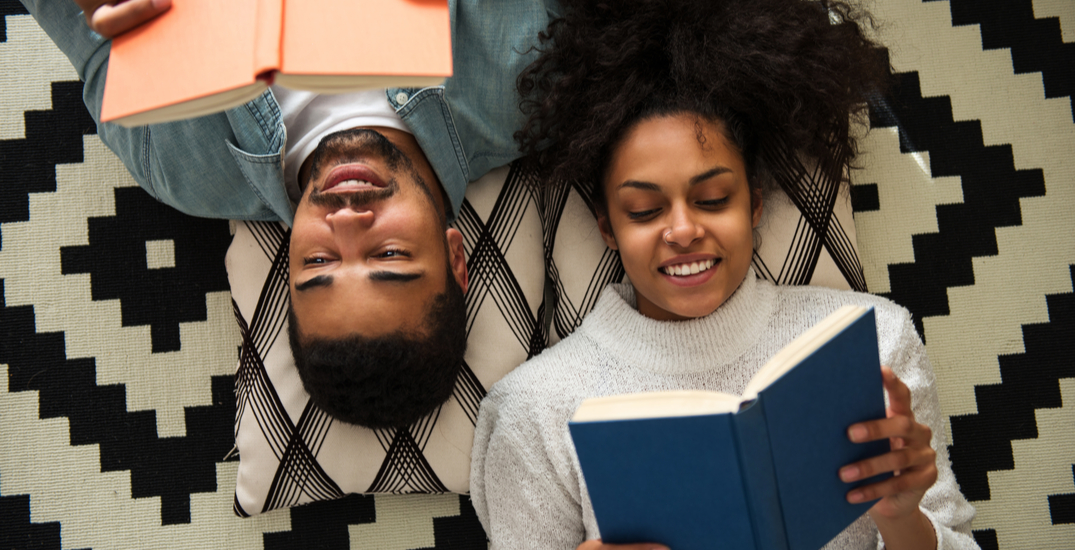 It’s officially fall, and with the dark and cozy nights it means there’s no time like the present to dive into a new book by the fire. This is an exciting month folks, and this lineup of new releases is sure to have you running to your local bookstore.

These are 12 page turners that are sure to keep you captivated from cover to cover this month.

State of Terror by Louise Penny and Hillary Rodham Clinton 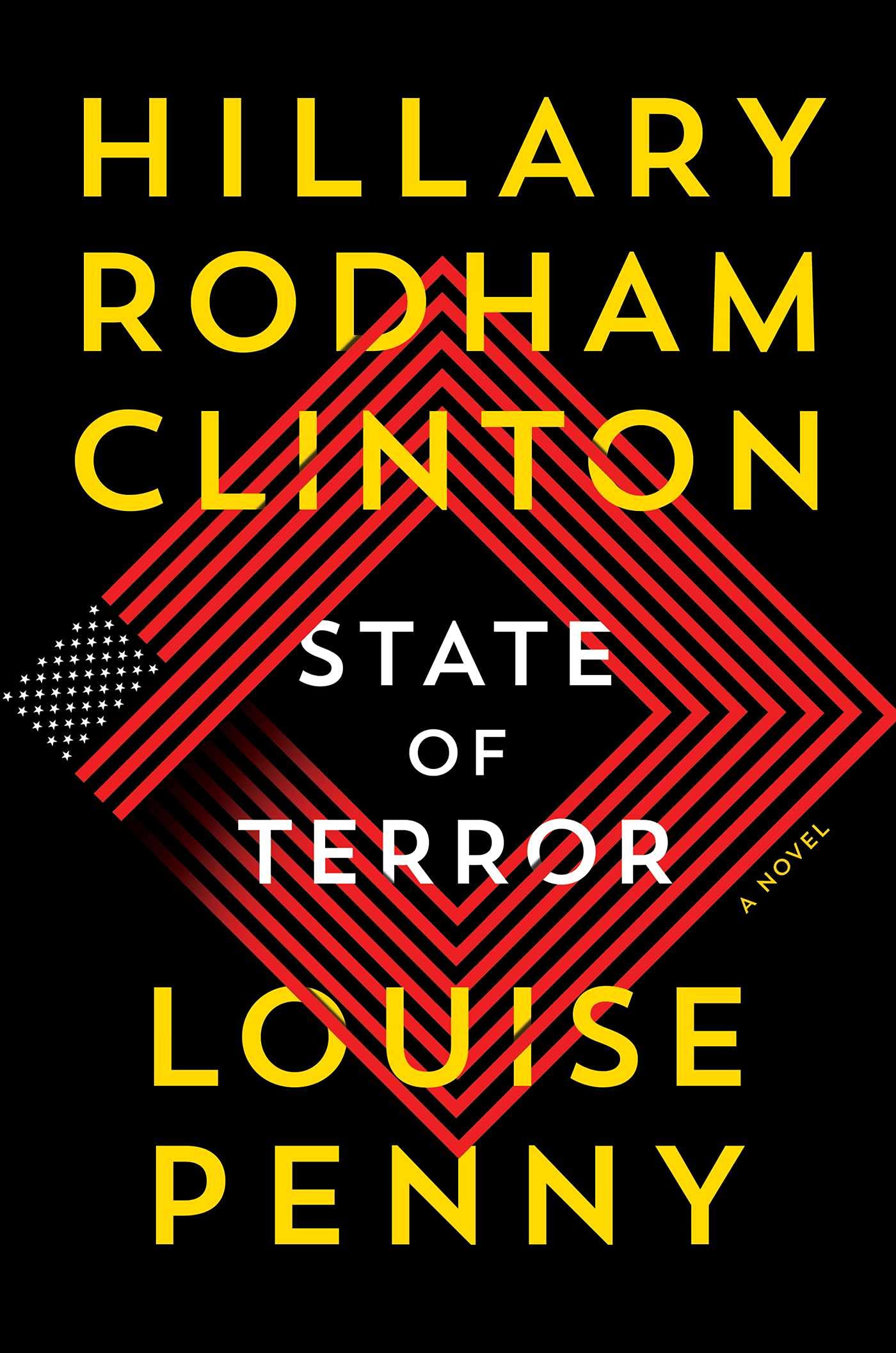 One of the most anticipated books of the year is finally hitting shelves this October. A collaborative work of fiction by New York Times bestselling author Louise Penny and Former First Lady Hilary Rodham Clinton, State of Terror is a unique and utterly compelling international thriller.

In this heart-pounding novel, a new administration is sworn into office and to everyone’s surprise, Ellen Adams, a political enemy, is appointed as secretary of state. When she begins her new role, terrorist attacks start to escalate and Ellen must get to the bottom of it all.

The Lincoln Highway by Amor Towles 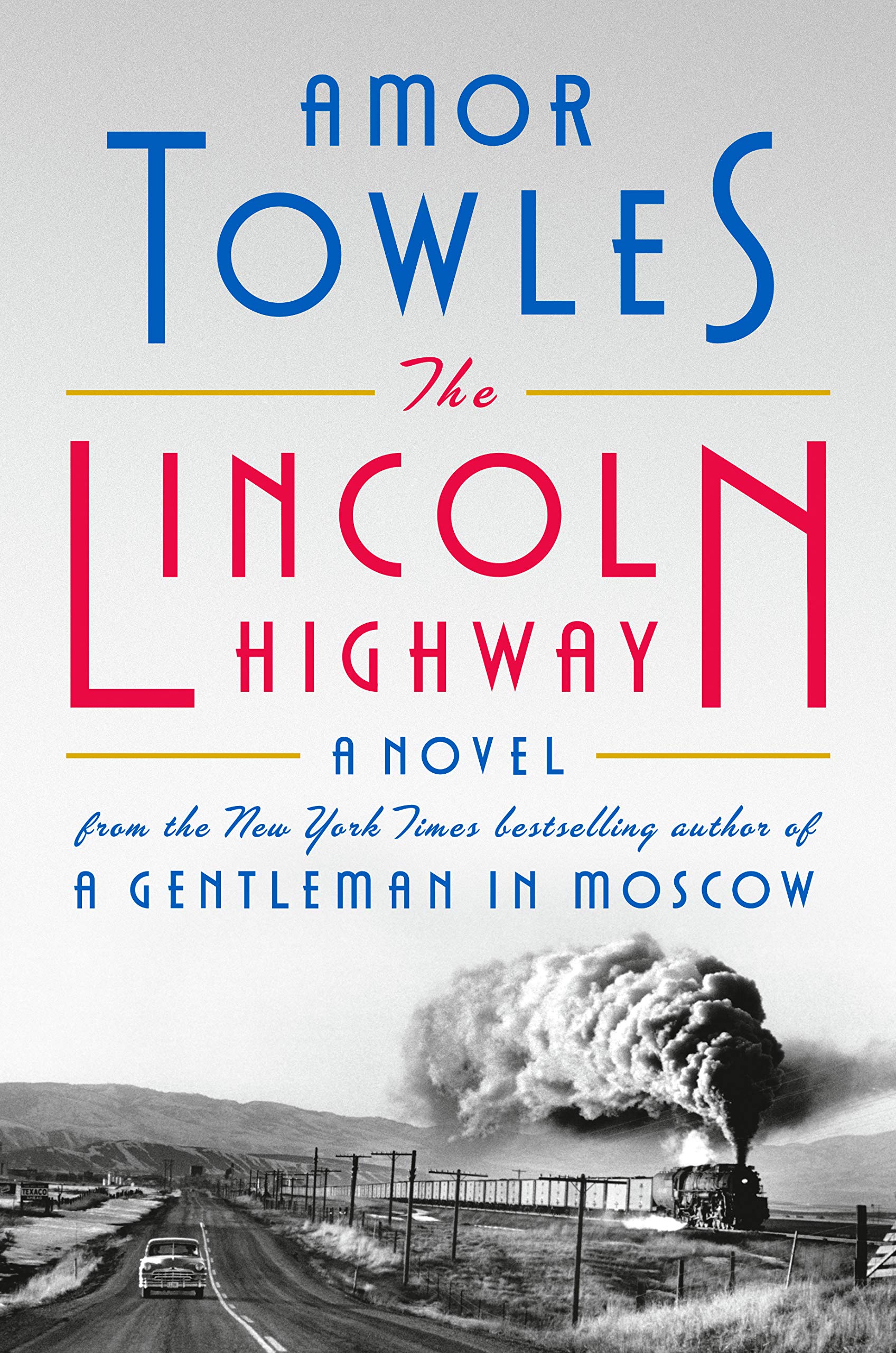 Amor Towles is the author of the New York Times bestsellers Rules of Civility and A Gentleman in Moscow. In his absorbing new work of historical fiction, The Lincoln Highway, Towles brings us back to 1950’s America.

Emmett Watson is the protagonist in this mesmerizing novel, and he’s just served 15 months at a juvenile work farm for involuntary manslaughter. Watson is hoping to start life anew in California, but ends up on a fateful journey in the opposite direction—to New York City. The book spans just 10 days and is told from multiple points of view. If you enjoyed Amor’s first two novels, then you’ll love this one, which is filled with an array of new and richly imagined settings, characters, and themes. 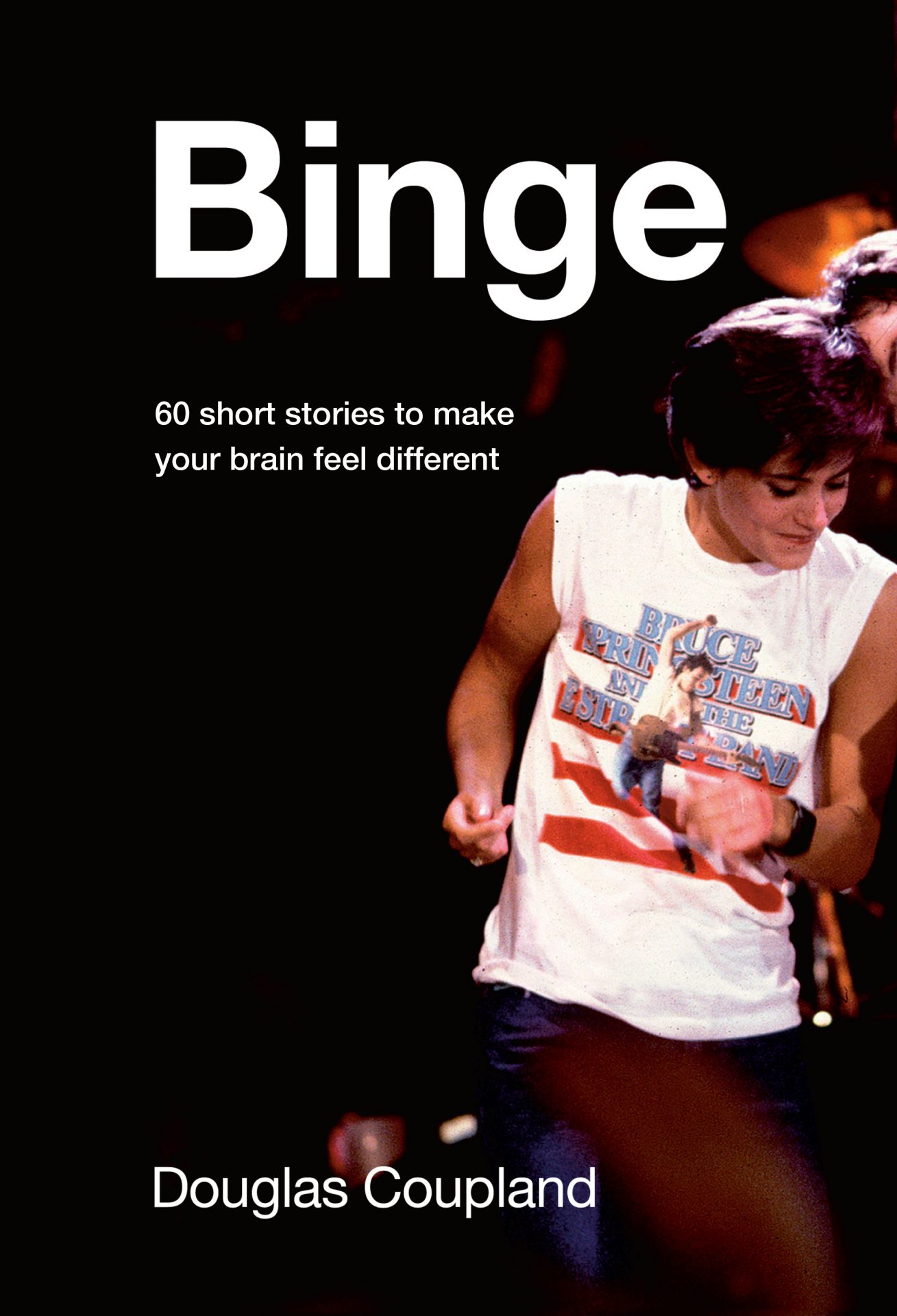 The first new work of fiction since 2013 from one of Canada’s most successful, unique and world-defining writers, Douglas Coupland. He called it Binge because it’s impossible to read just one, and I couldn’t agree more, having already devoured my copy.

In Binge, a series of 60 short stories, the narrators vary from story to story as Coupland captures what he calls “the voice of the people,” inspired by the way we write about ourselves and our experiences in online forums.

Hunting by Stars by Cherie Dimaline 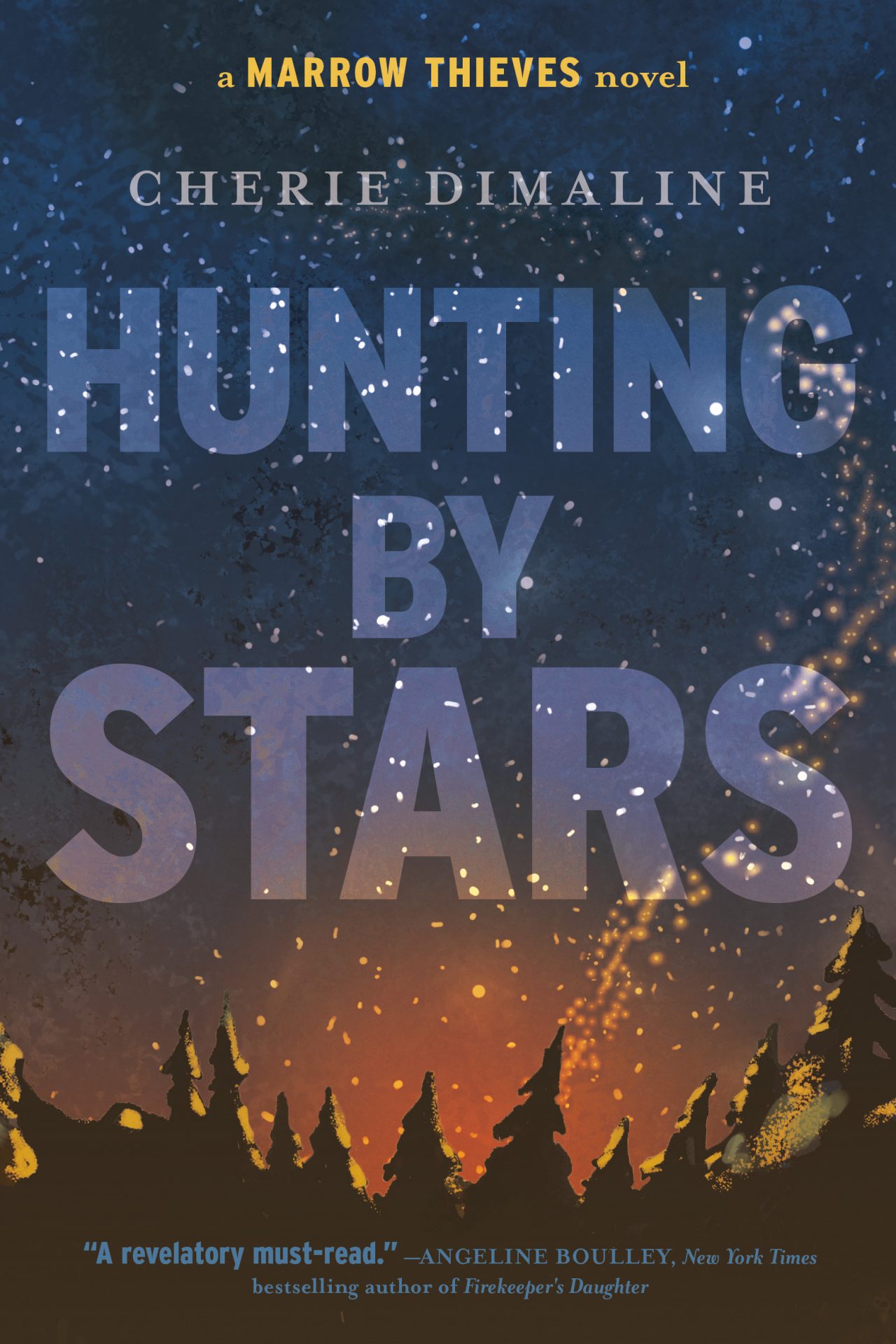 Cherie Dimaline authored the award winning young adult novel The Marrow Thieves, about a dystopian world where the Indigenous people of North America are being hunted for their bone marrow and ability to dream. The book shot to the top of the bestseller lists when it was released in 2017 and has stayed there ever since.

Hunting by Stars is the much anticipated and thrilling follow up. The book focuses on a seventeen year old protagonist named French, who lost his family to a residential school and has spent the years since heading north with his new found family: a group of other dreamers, who, like him, are trying to build and thrive as a community.

Over the Boards: Lessons from the Ice by Hayley Wickenheiser 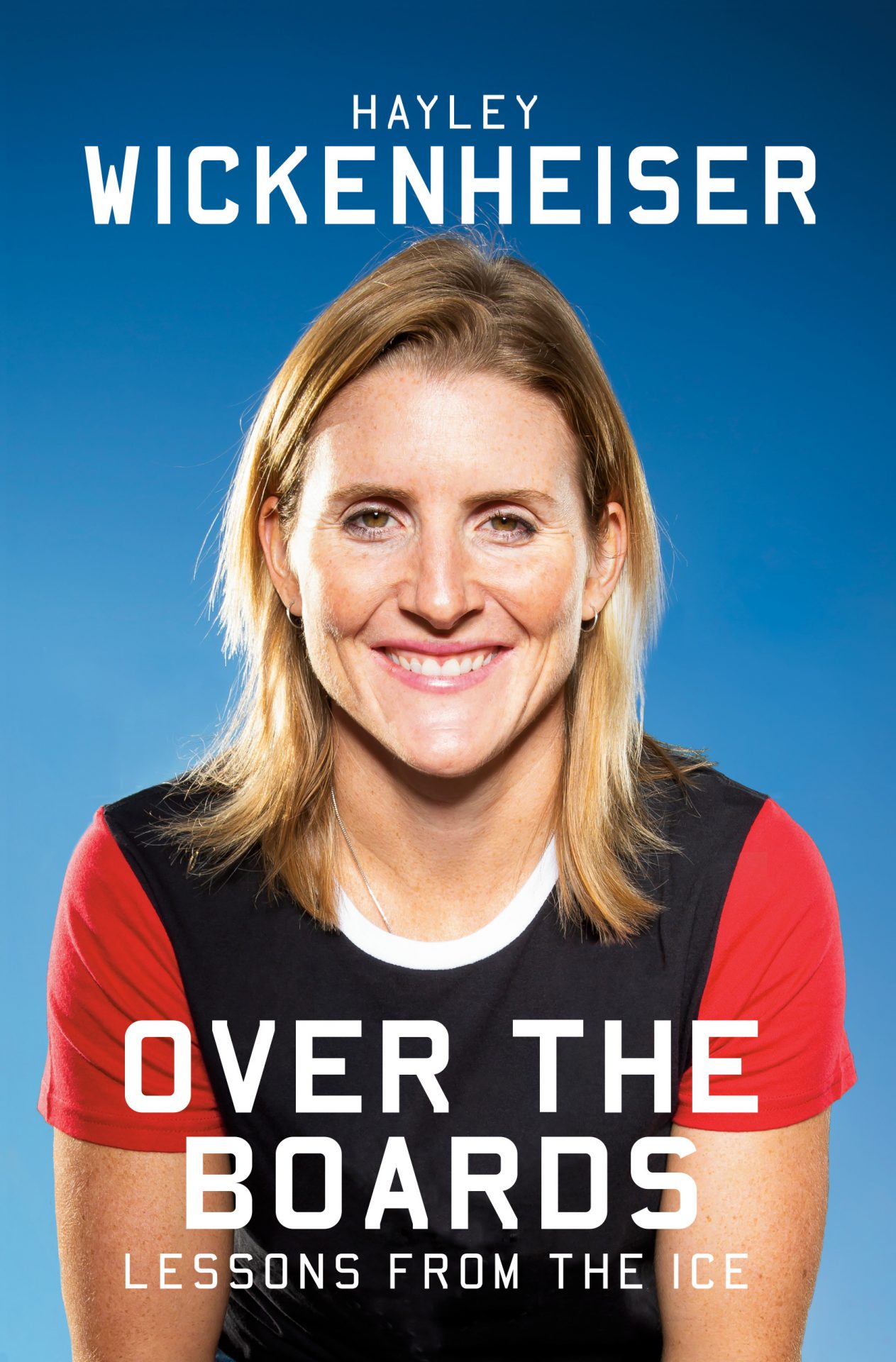 Canadian Hayley Wickenheiser is without a doubt one of the greatest female hockey players in the world. In Over the Boards, Wickenheiser shares the lessons she learned on and off the ice that won her four Olympic gold medals, and hard-earned wisdom distilled from moments when she fell short. Hayley talks about motherhood, her new career in medicine, and how she grew from her biggest failures. Over the Boards is an absolute must read sports memoir.

The Survivors by Alex Schulman 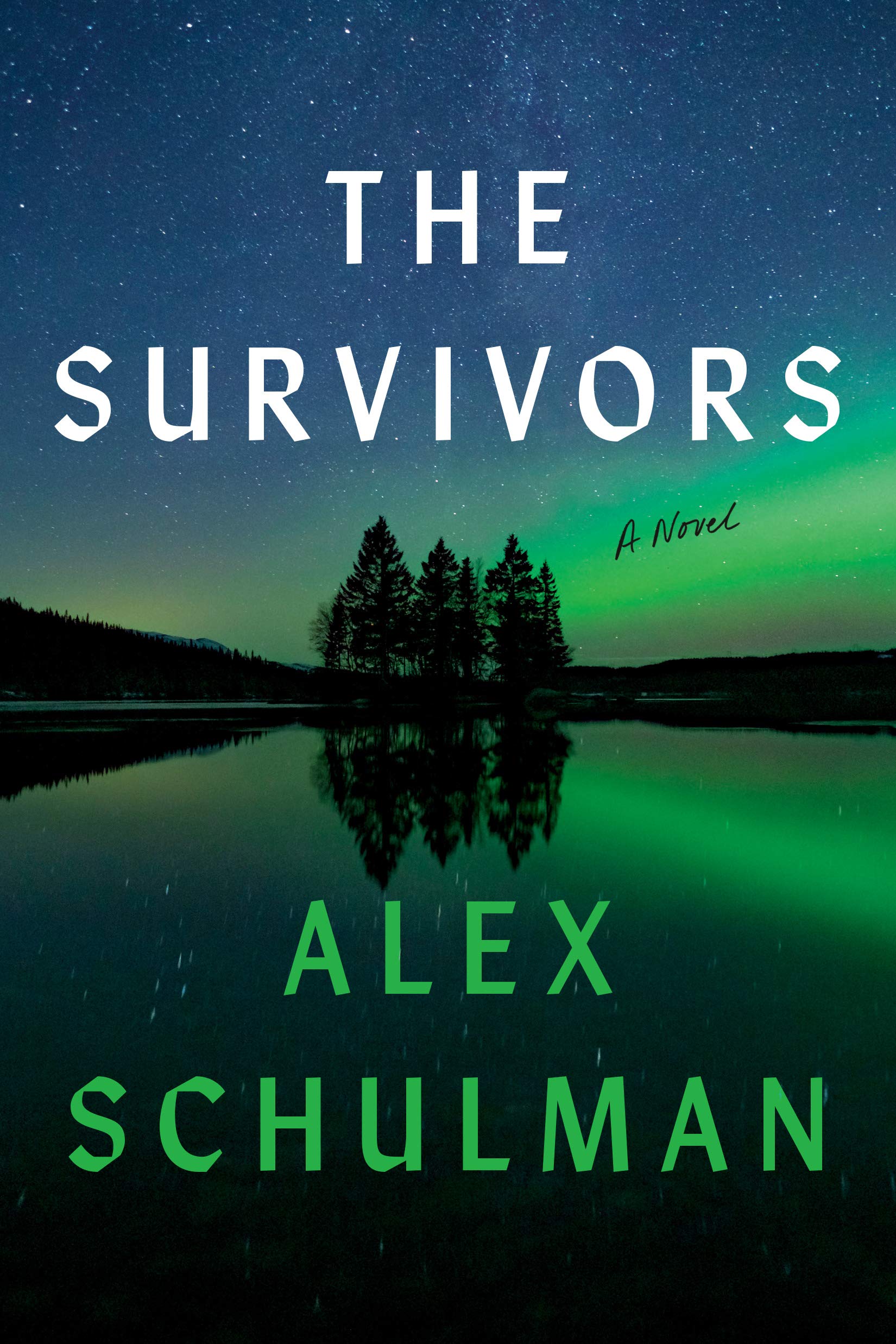 The Survivors is a gripping novel in which three estranged brothers return to the Swedish lakeside cottage where, more than two decades before, an unspeakable accident forever altered their family and changed the course of their lives. Written by bestselling author and co-host of Sweden’s most popular podcast, Alex Schulman, The Survivors is a chilling and original book that will hold you captive from the moment you start reading.

We Are Not Like Them by Christine Pride and Jo Piazza 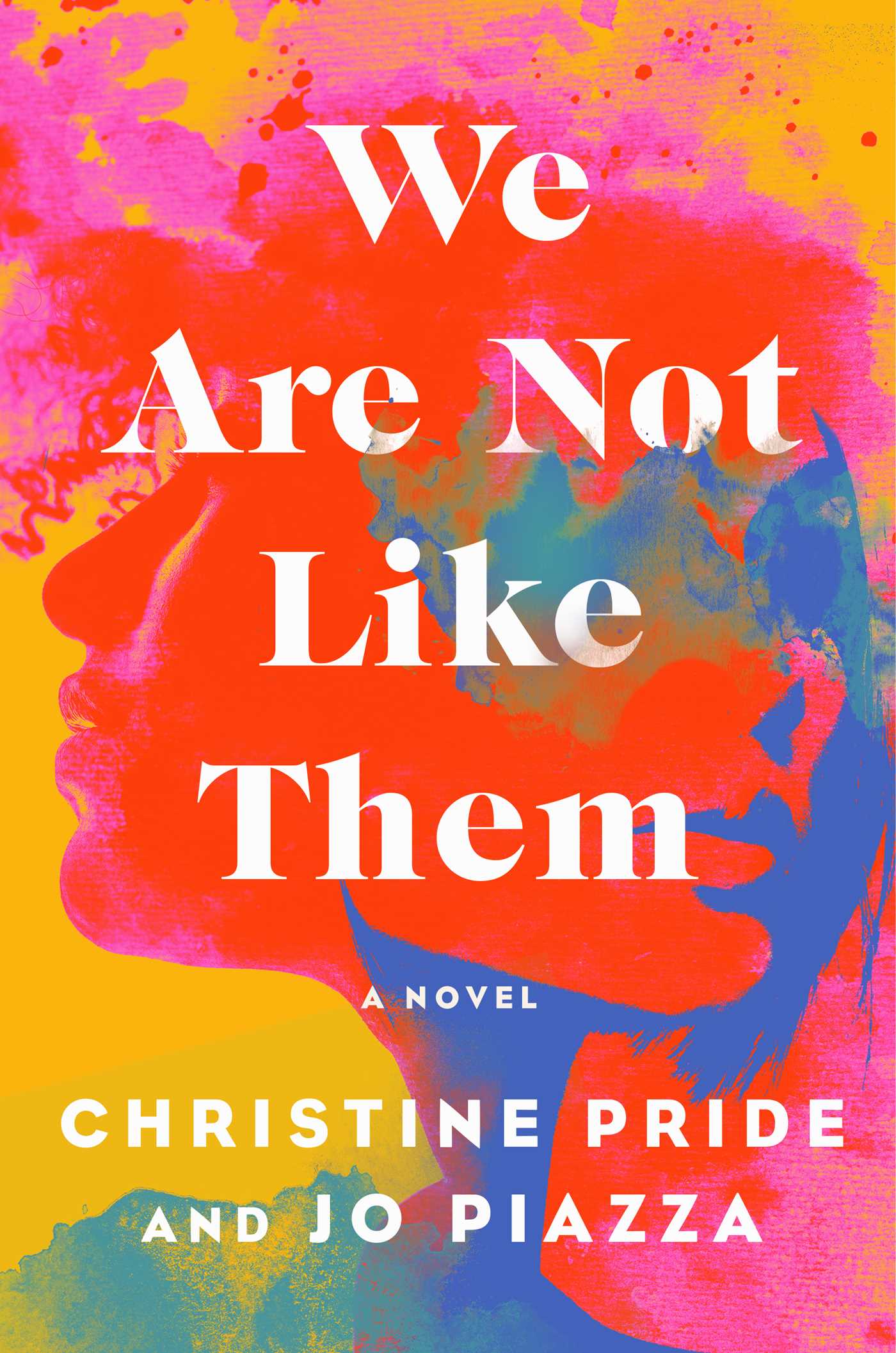 For lovers of An American Marriage by Tayari Jones, We Are Not Like Them is a riveting novel about the lifelong bond between two women, one black and one white. Their friendship is severely altered when Jen’s husband, a city police officer, is involved in the shooting of an unarmed Black teenager. Told from alternating perspectives throughout, We Are Not Like Them is a powerful exploration of race in America today and its devastating impact on ordinary lives. 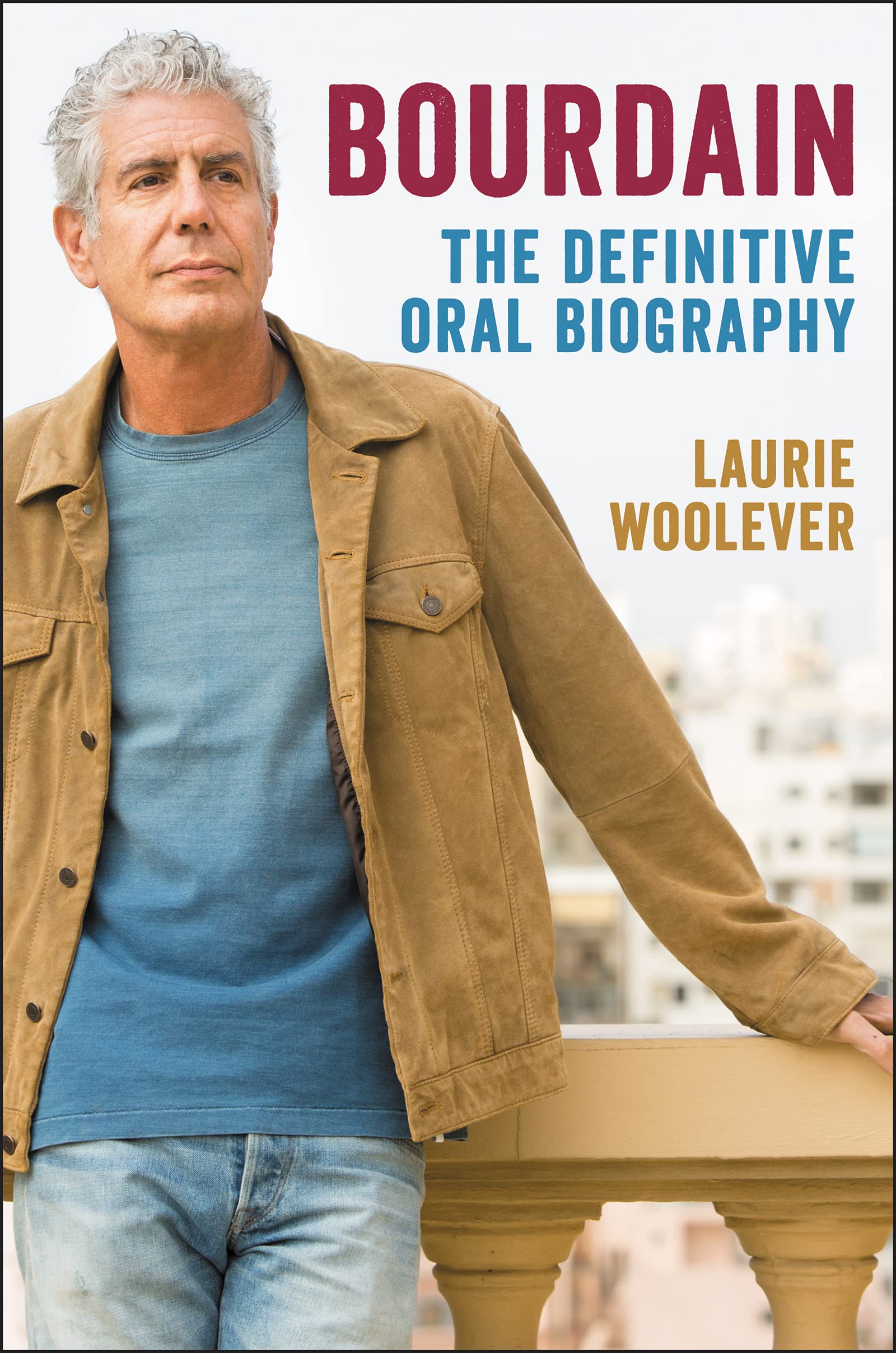 Anthony Bourdain fans and food lovers unite. Bourdain by Laurie Woolever is the biography we’ve all been waiting for. In the words of friends and colleagues including Eric Ripert, José Andrés, Nigella Lawson, and W. Kamau Bell, as well as family members including his brother and his late mother, we see the many sides of Tony—his motivations, his ambivalence, his vulnerability, his blind spots, and his brilliance.

As the Wicked Watch by Tamron Hall Written by Emmy Award-winning TV Host and Journalist Tamron Hall, As the Wicked Watch is the first in a suspenseful new series following a crime reporter named Jordan Manning as she unravels the disturbing mystery around the deaths of two Black girls in Chicago. Jordan is convinced that there’s a serial killer on the loose and he’s hiding in plain sight.

The Unheard by Nicci French 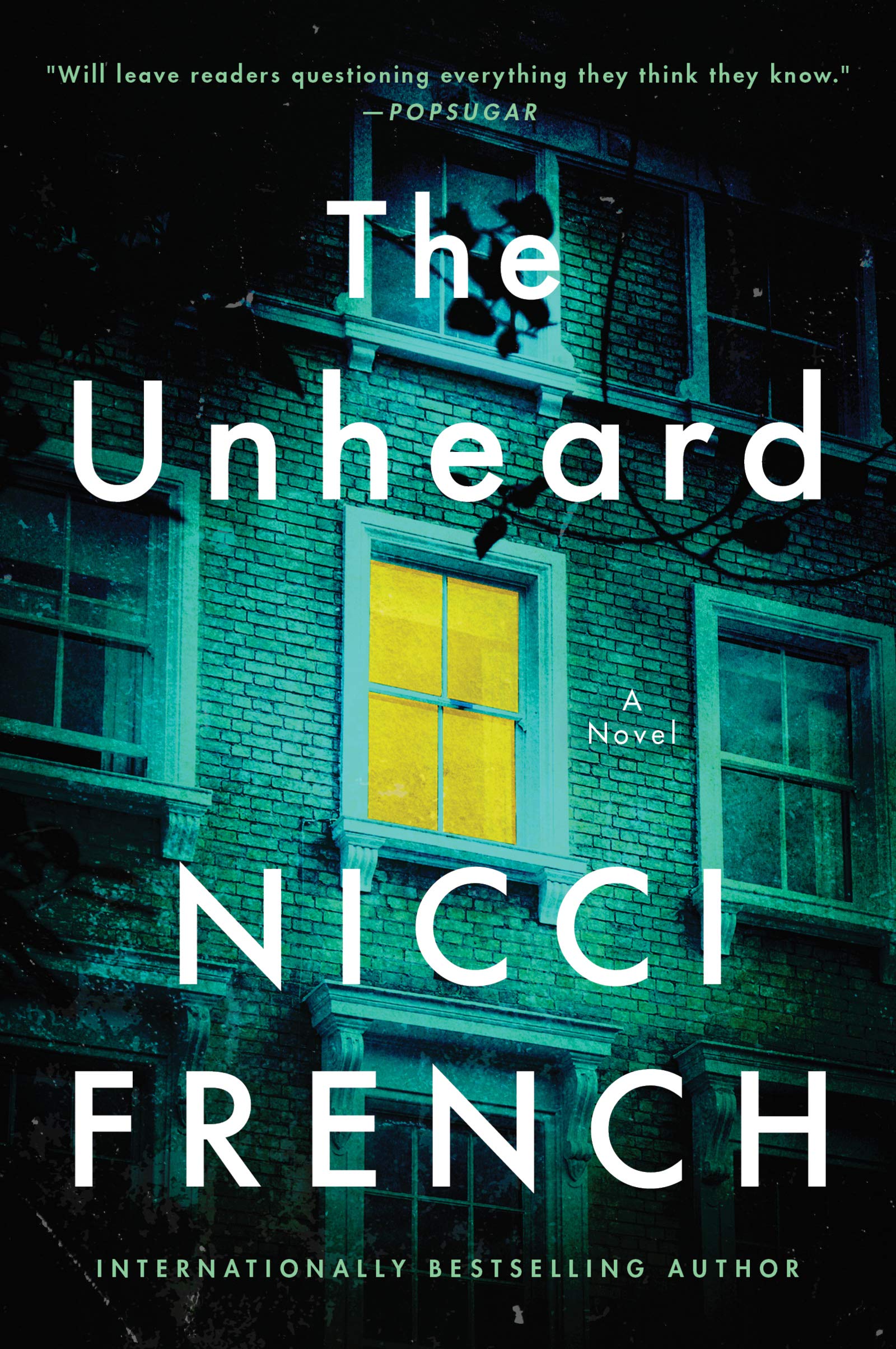 In this new spine-chilling standalone from the internationally bestselling author Nicci French, a single mother named Tess suspects her young daughter Poppy has witnessed a horrible crime when she draws a disturbing picture after returning from her father’s house—but the deadly path to unravel the truth could cost Tess everything. Her search will set off an explosive tempest of dark secrets and buried crimes—and more than one life may be at stake.

Taste my Life Through Food by Stanley Tucci 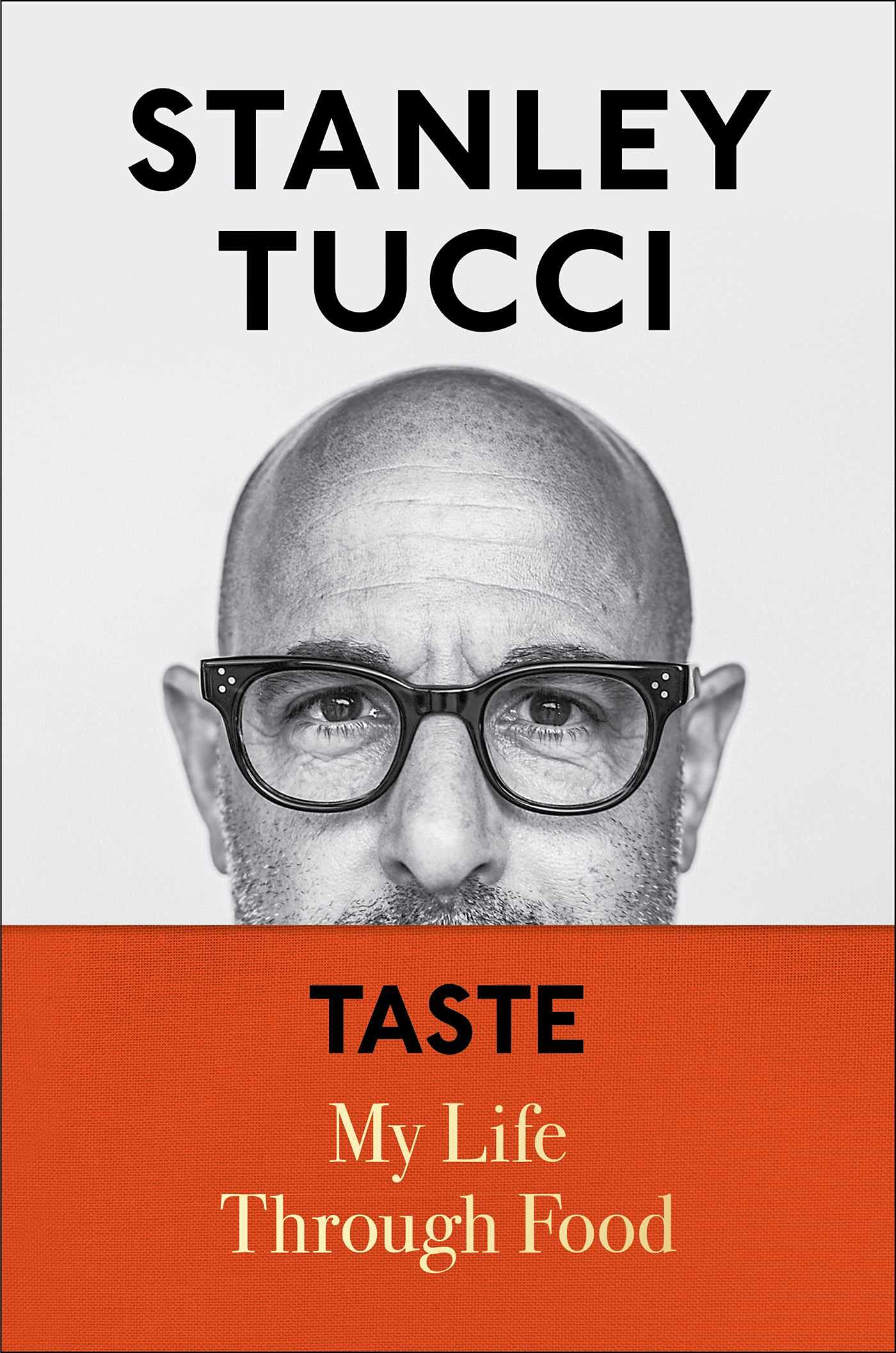 One of my favourite actors, Stanley Tucci, shares his life through food in this intimate and delightful memoir. In Taste my Life Through Food, Tucci takes us beyond the delicious savoury recipes from his newly released cookbooks and into the compelling stories behind them.​ Recommended for fans of Bill Buford, Gabrielle Hamilton, and Ruth Reichl—and anyone who knows the power of a home-cooked meal. 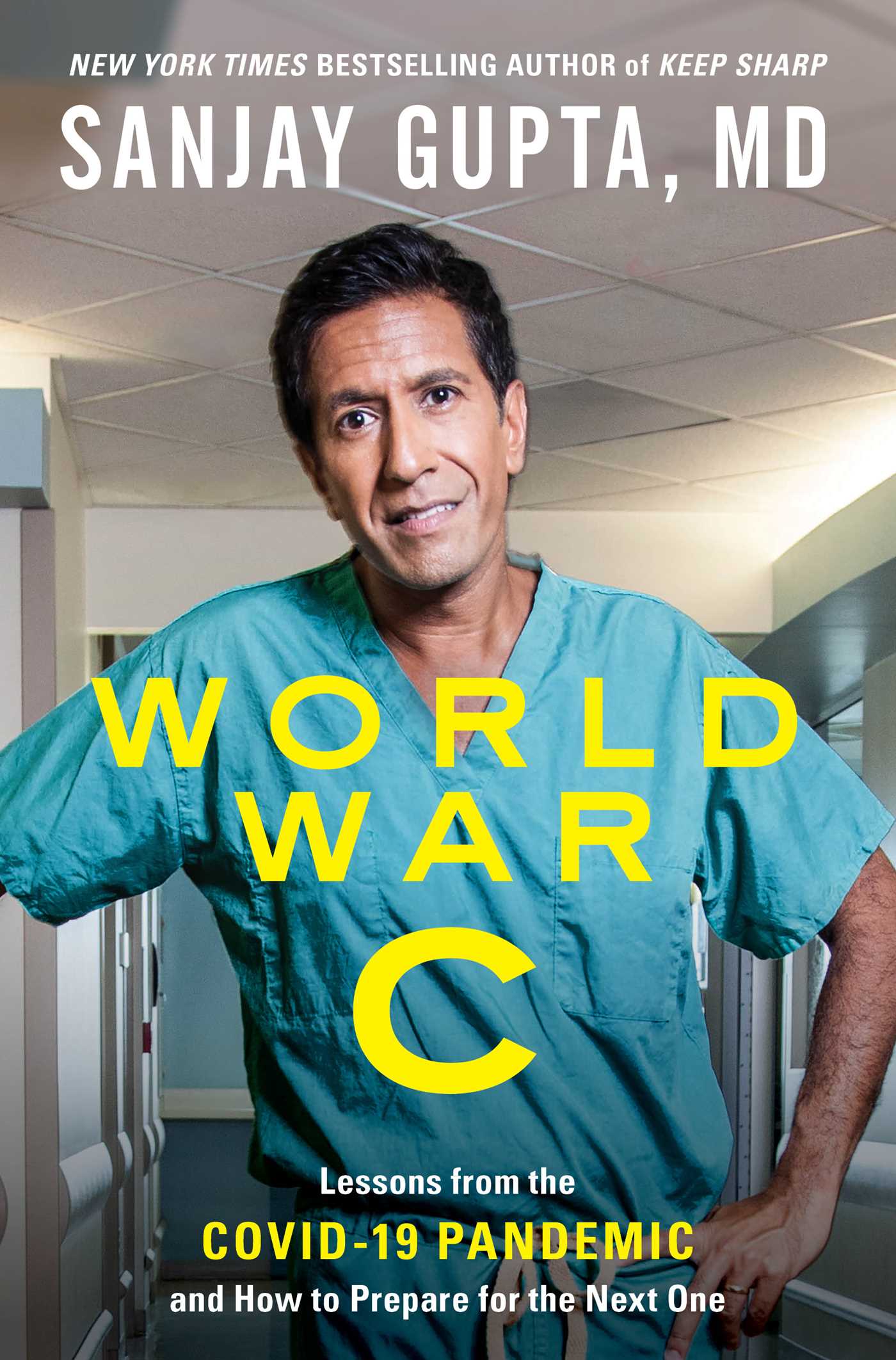 CNN chief medical correspondent and bestselling author Sanjay Gupta, MD, offers an accessible, data-packed answer to our biggest questions about Covid-19. Gupta argues that we need to prepare for a time where pandemics will be more frequent, and possibly even more deadly. In World War C, Sanjay gives insights about the novel virus’s behavior, and offers practical tools to ready ourselves for what lies ahead.