Vancouver may not have the world wide notoriety when it comes to graffiti murals, however, there are many worth noting. Hubs such as Commercial Drive, Gastown, Chinatown and Strathcona are home to some of the best murals in the city. 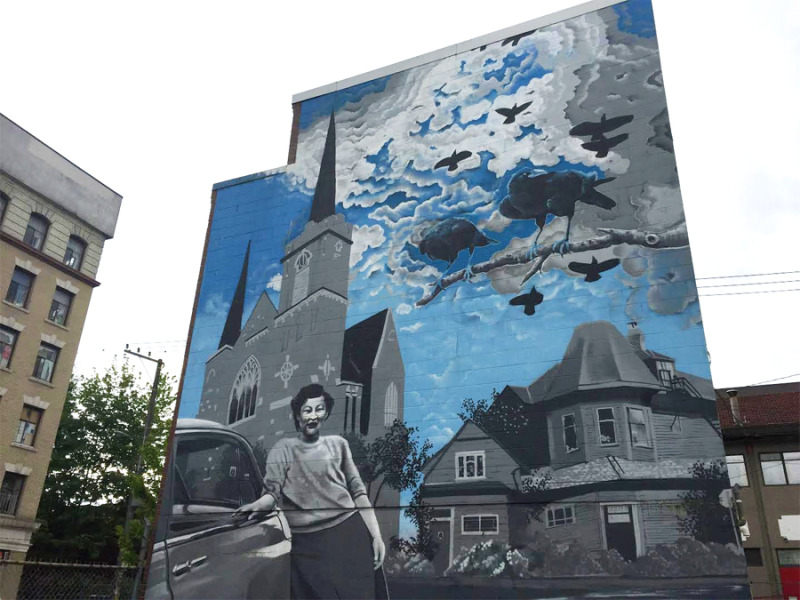 Created in 2009 by Vincent Dumoulin, Vanessa Lowe and RestART participates, this beautiful image of Chinatown is situated perfectly along 419 Jackson Avenue and can be seen as you travel down Hastings Street. 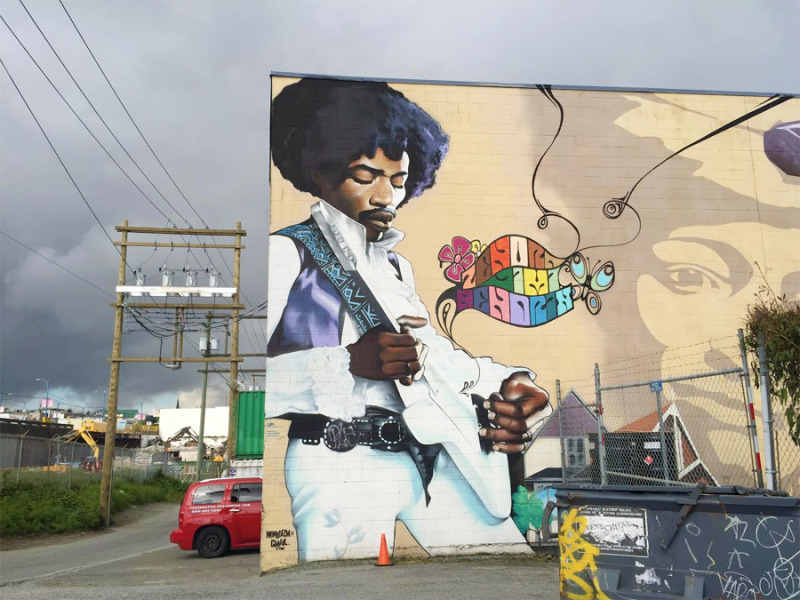 For those of you that don’t know, as a child Jimi Hendrix called Vancouver his part time home. This mural, created by Nelson Garcia and Xochitl Garcia, is one of the more eye catching pop cultural murals in the city. It’s located at 1030 East Cordova in the industrial lands off East Hastings. 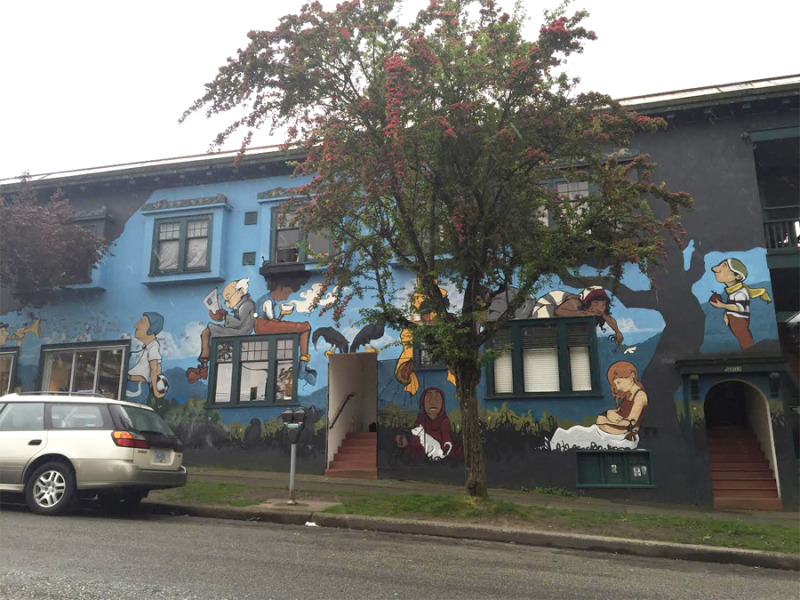 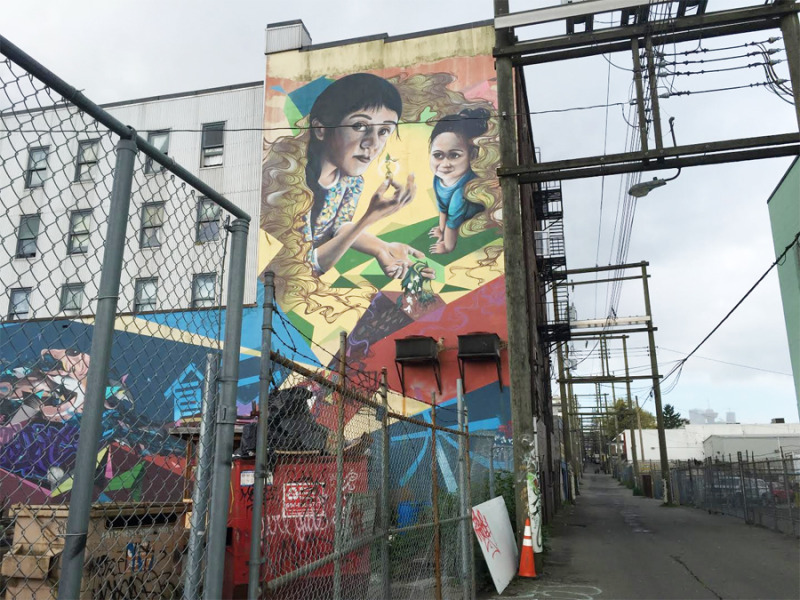 A collaboration between five muralists and five artist researchers, Soul Gardens is a community public art project led by W2 Community Media Arts. It investigates the cultural history of the Downtown Eastside (DTES) as told through stories of food, gardening, and community. 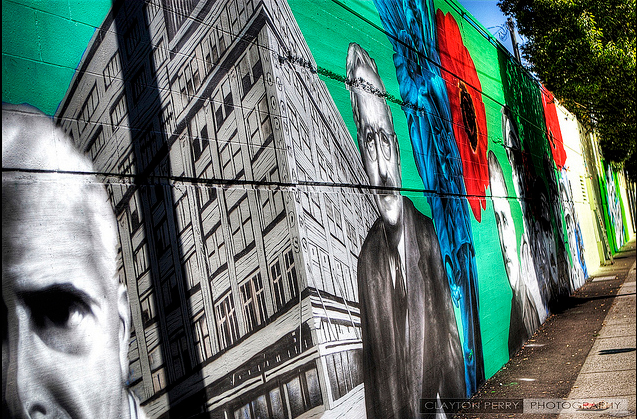 The project was spear headed by East Vancouver artist Vince Dumoulin back in 2010. He and other local artists contributed to the mural depicting notable people and landmarks in the City. 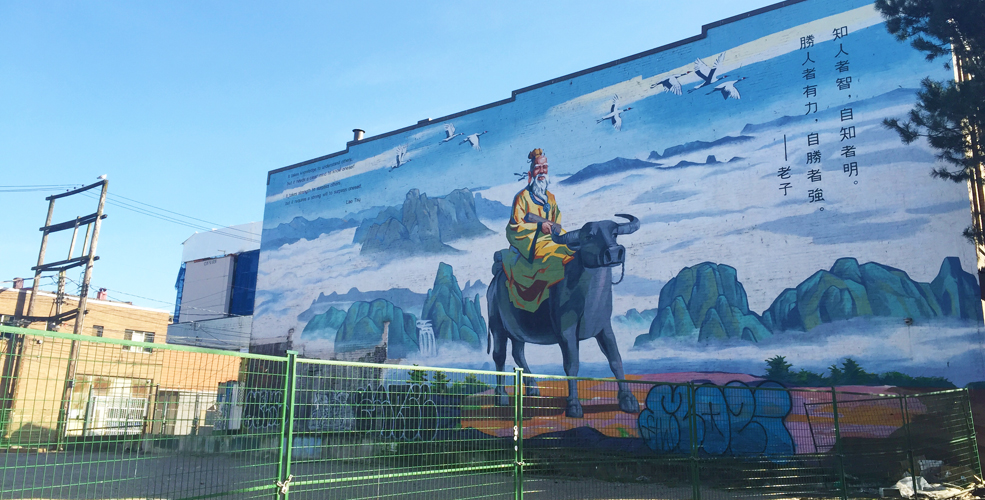 Designed by KensonSeto, and painted by Alex Li & Falk, this mural located adjacent to soon to be new condo developement along Pender (near Gore) was the the first time the city has seen a traditional Chinese painting portraying a historical scholar and philosopher in a mural. 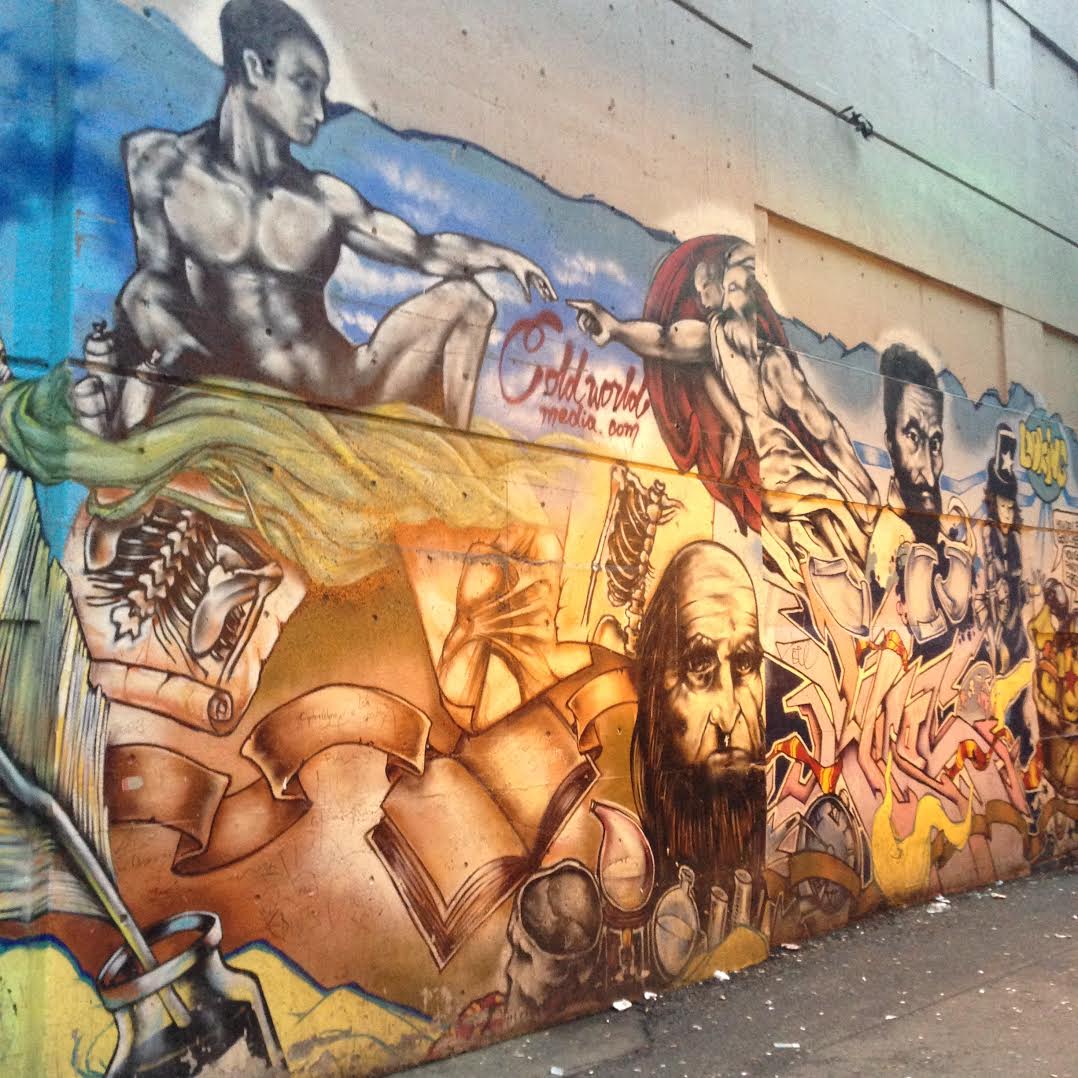 The Graffiti Mural in the alley between Richards and Cambie is an ongoing work admired by many. The mural creation is attributed to the Artist Collective – Cold World Media.