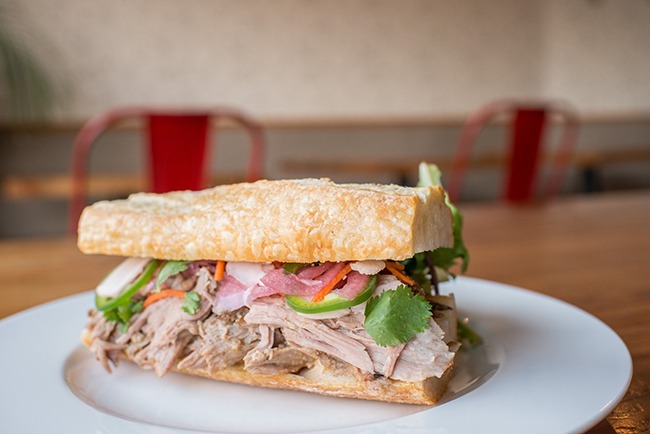 Sandwiched between breakfast (the alleged “most important meal of the day”) and dinner (the meal that seems to get all the attention), there’s no good reason to overlook lunch.

Lunch can be the midday bright spot in the workday, or where you linger on a day off. From where to settle in for a marathon chat sesh with the ladies who lunch, to handy spots for quick bites, we’re exploring lunch of all kinds, all around Vancouver. 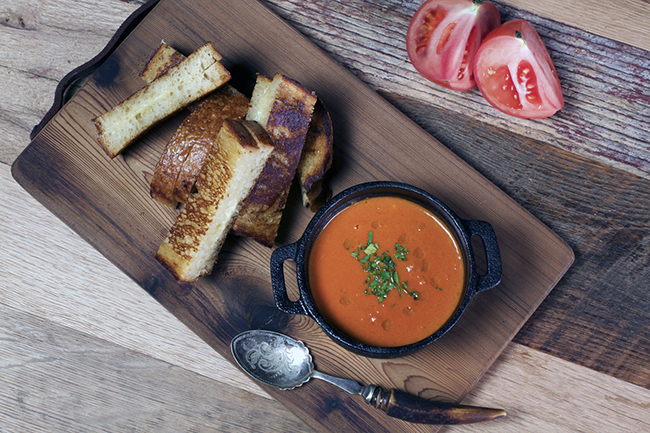 Tuck into the Settlement Building, the impressive Railtown space that’s home to the Vancouver Urban Winery, Postmark Brewing, and Belgard Kitchen, where you can hideout from the hustle of the city and indulge in comfort eats elegantly presented. Dip gooey wedges of grilled cheese in their tomato soup, nibble on charcuterie, or dig into one of their lovely salads or bowls. They’ve got wraps, sandwiches, burgers, and Pizzettes for those looking for a heartier nosh. 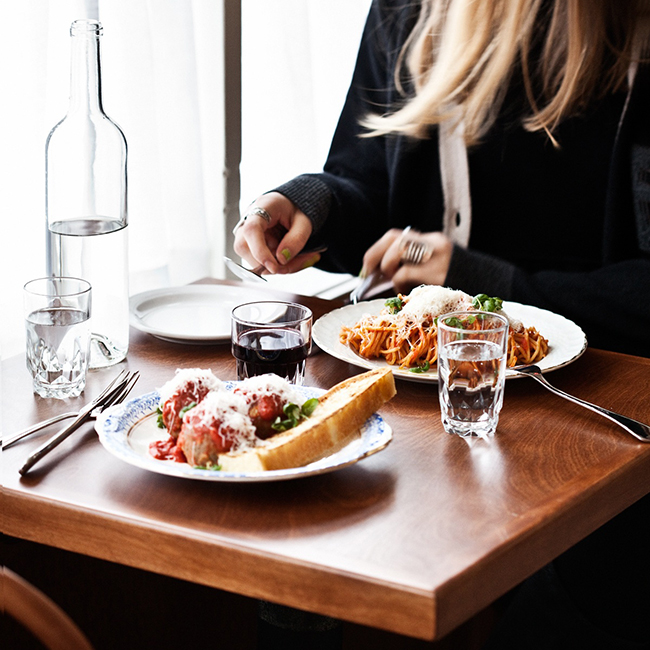 Photo courtesy of Ask for Luigi

Still haven’t scored a table at Ask For Luigi? Try at lunch time. The tiny Railtown restaurant is fairly chill for the midday meal, when there’s less clamour for a seat and the same beautiful fresh pastas and appetizers you can get at dinner–but slightly smaller portions and lower prices. 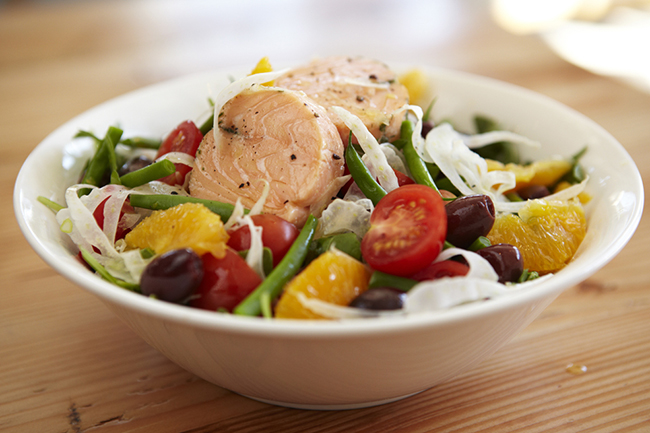 This expanding Vancouver catering and cafe empire has its roots in the neighbourhood, and its here you’ll find their always-stellar lineup of salads, soups, sandwiches and baked treats in a fun, industrial-chic laid back atmosphere. 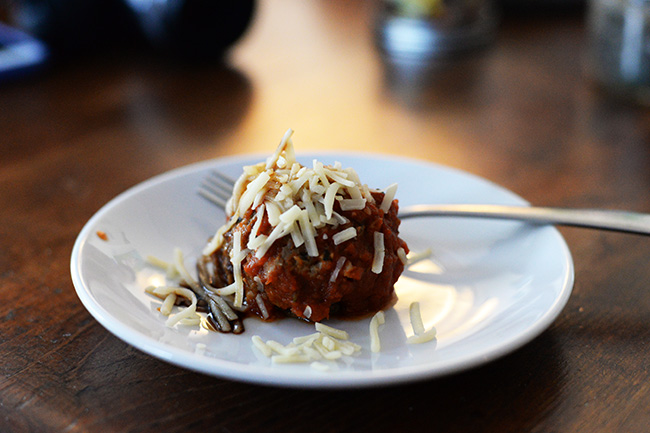 Hit up the Uncommon Cafe for a great lunch that’s woefully under the radar. They are focused on being local and sustainable, and serving up comfort eats that have a developed a loyal following. Look for soups, sandwiches, baked goods, specialty drinks, and their much-loved meatballs. 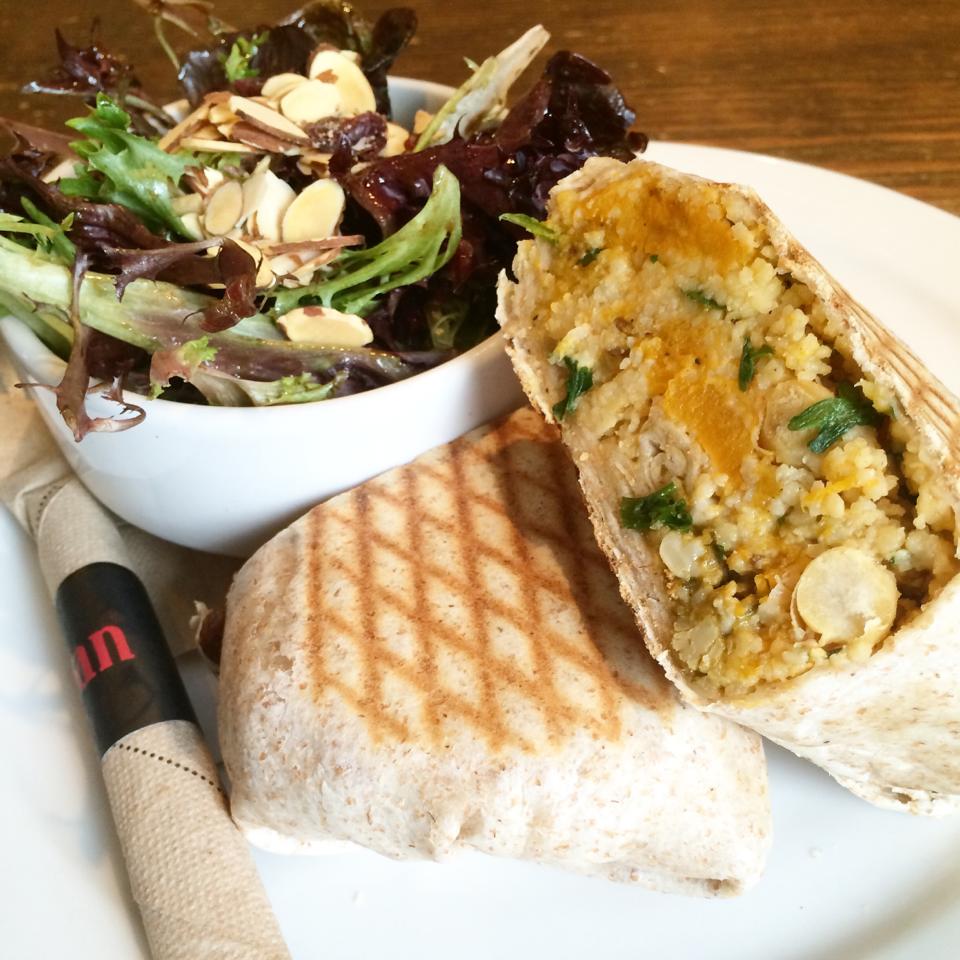 We might be outing a well-kept secret here by proclaiming JJ Bean on Railway a great little lunch spot. Their “minimalist” cafe is full-service, and fronts the local coffee company’s commissary, so you’ve got a front row seat for the making of all their baked goods. Soup, sandwiches, wraps, muffins, and more make for great lighter, casual bites alongside their coffees and teas. 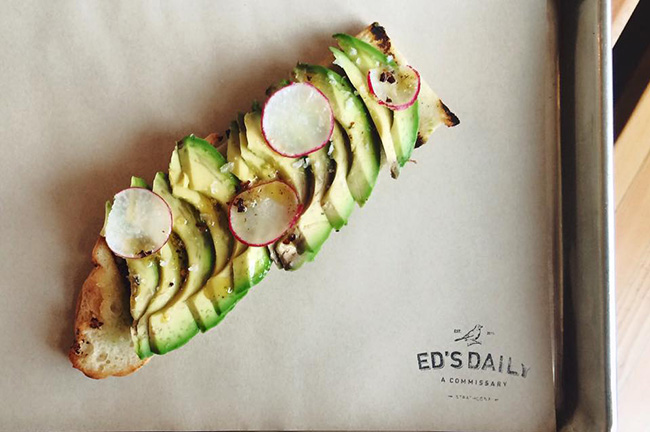 This busy Strathcona-area spot is known for their beautiful space, coffee and treats, and lunches. You may known them most for their Avocado Toast (hello, lovely!) but their menu is chock full of options, dominated by their bowls (salad, noodles, veg, proteins) including tons of build-your-own bowl choices.
Address: 686 Powell Street, Vancouver
Phone: 604-424-8708
Twitter: @edsdaily 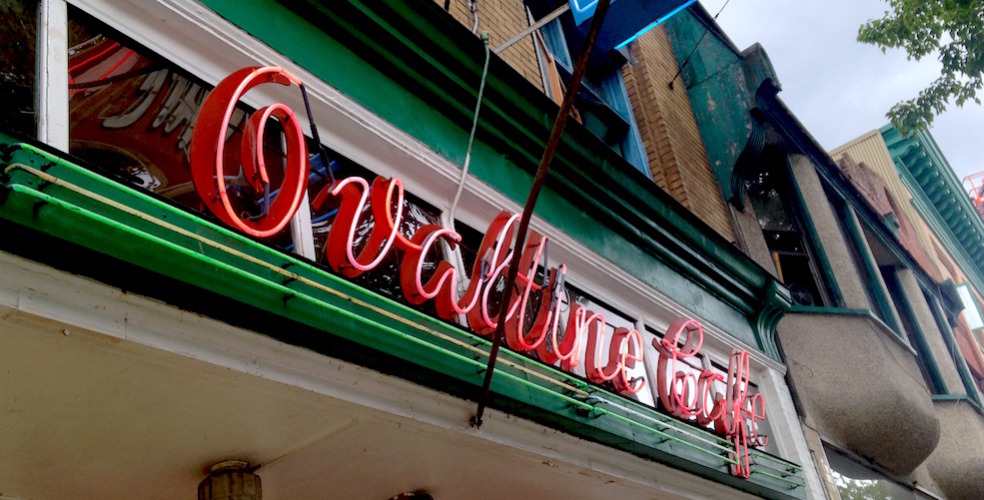 Grab a classic lunch of diner fare at one of Vancouver’s oldest restaurants. On the surface, little seems to have changed here over the years, but under newer ownership there’s a bit of fresh life moving around this old familiar spot, with a gently updated menu.
Address: 251 East Hastings Street, Vancouver
Phone: 604-685-7021
Twitter: @ovaltinecafeyvr 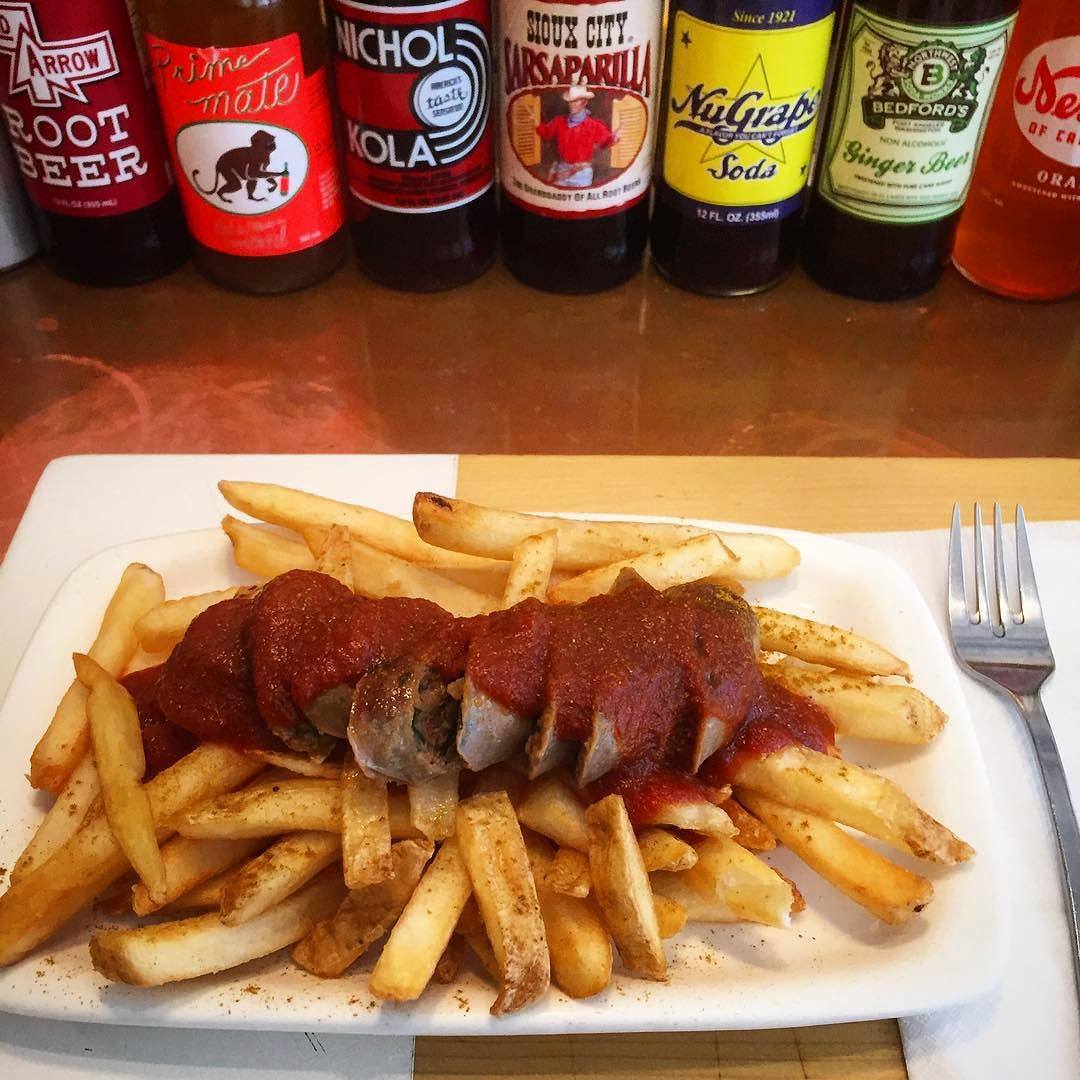 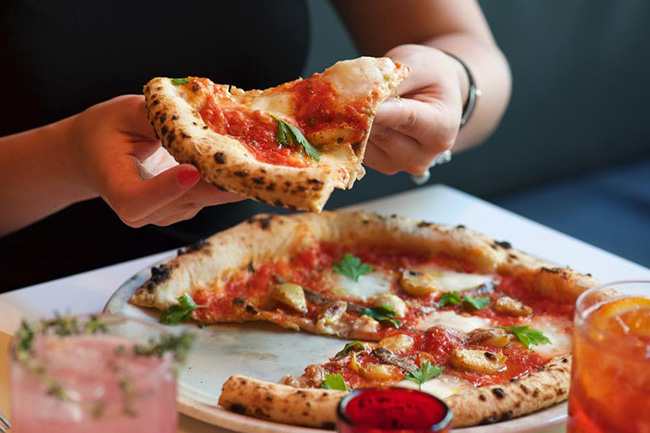 Some of the city’s best pizza is fired up daily at Nicli Antica on the edge of Gastown. Hand-formed crust is topped and sent to crisp and melt in a 900-degree oven. The result are beautiful Neapolitan pizza pies.
Address: 62 East Cordova Street, Vancouver
Phone: 604-669-6985
Twitter: @NicliPizzeria 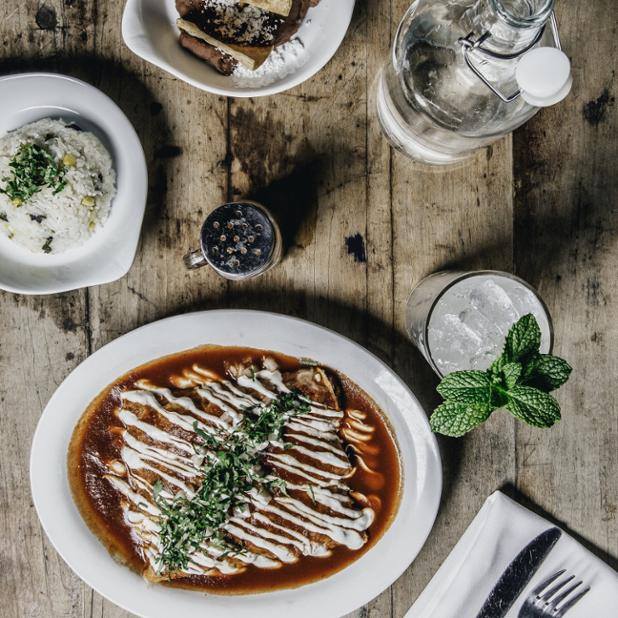 Recently opened in the space vacated by Nicli’s next door (so that puts it, appropriately, next door to Nicli’s Antica Pizzeria) the Gastown (adjacent) outpost of the popular La Mezcaleria offers much the same as the original Commercial Drive spot. A modern riff on a traditional Mexican cantina, La Mezcaleria offers salads, share plates, ceviche, their signature cheese bowls, and the whole enchilada. Because who wants just half an enchilada?