The Vancouver Canucks will be celebrating the ‘West Coast Express’ tonight, a line that captured the hearts of fans in Vancouver.

They certainly deserve recognition, but where do they stack up in the franchise’s 46-year history? 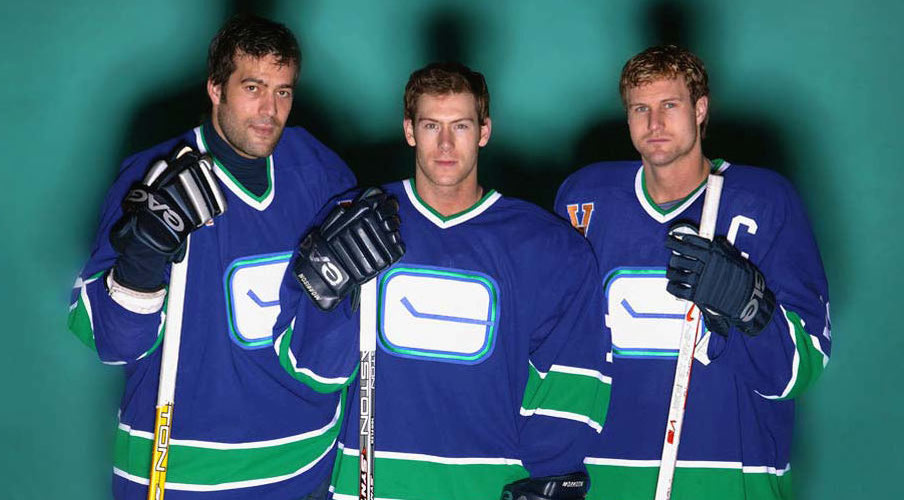 Naslund, Bertuzzi, and Morrison formed one of the best lines in hockey for a number of years, and certainly the most entertaining line in Canucks history.

Naslund was the skilled sniper, with one of the best wrist shots in the game. Bertuzzi was the most dominant power forward in the NHL. And Brendan Morrison was a reliable two-way centre with good speed and playmaking abilities.

Eventually nicknamed the “West Coast Express”, the trio was put together for the first time on January 9, 2002 in a game against the Detroit Red Wings. They had instant chemistry and were kept together by head coach Marc Crawford, more or less, until the end of Bertuzzi’s last season in Vancouver in 2006. 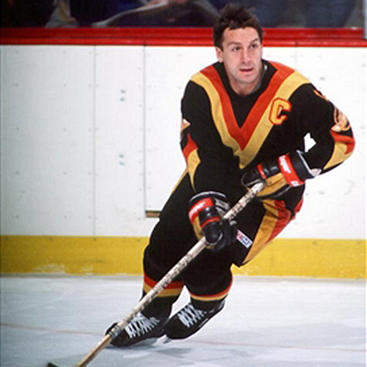 Stan Smyl, Thomas Gradin, and Curt Fraser all became NHL regulars in 1978 and were put together to form one of the most consistent lines in Canucks history. The three rookies finished 2nd, 4th, and 6th in scoring on the team that year.

Gradin was a skilled centre from Sweden that brought intelligence and finesse. Smyl brought leadership, grit, and a legendary work ethic. Fraser was the enforcer on the line, but could also chip in offensively.

Nicknamed ‘The Kid Line’ for obvious reasons, their crowning achievement was helping the Canucks to a Cinderella run to the Stanley Cup Final in 1982. During the team’s 17-game run in the spring of 1982, Gradin scored 19 points, Smyl had 18, and Fraser had 10. 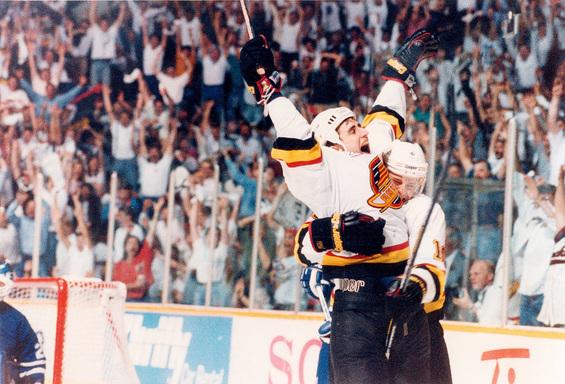 This line doesn’t have a nickname and it wasn’t kept together as religiously as the other lines on this list, but it was the top line when the Canucks made it all the way to Game 7 of the Stanley Cup Final in 1994. Greg Adams, Pavel Bure, and Trevor Linden scored many big goals that spring, including Bure’s goal in Game 7 to beat Calgary and Greg Adams’ OT winner to knockout the Leafs (pictured above).

It’s easy to see what made this line so good. Pavel Bure was one of the most dynamic players in NHL history, with great speed and a bullet for a shot. Trevor Linden was an excellent two-way player, who regularly chipped-in 30 goals a season. Greg Adams brought size and skill, along with a willingness to take the puck to the net. 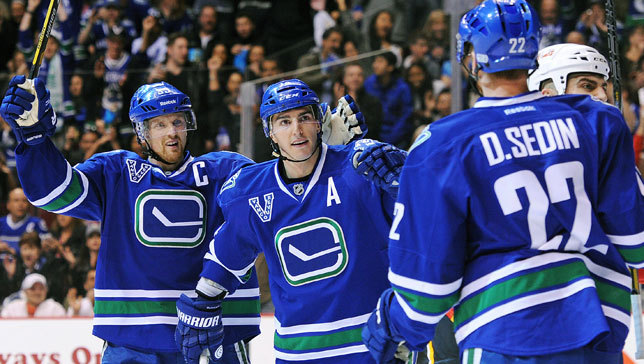 For my money, this is the best line in Canucks history. They played together for the better part of seven years, and still do from time to time. Remarkably, nobody has ever come up a nickname that stuck for the trio.

You know the story here. Two Swedish wonder-twins, who happen to be two of the best playmakers of their generation, teamed up with a gritty/hard working/former ECHL/former ball hockey champion from Pincourt, Quebec to form the best line in the NHL over a long period of time. In their time together, both Twins have won an Art Ross Trophy and an MVP award (Hart for Henrik, Lindsay for Daniel). Burrows has been no slouch either, scoring a career-high 35 goals for the club in 2009-10, and scoring big goals in the team’s march to the 2011 Stanley Cup Final.

This might be the most amazing goal I’ve ever seen them score.