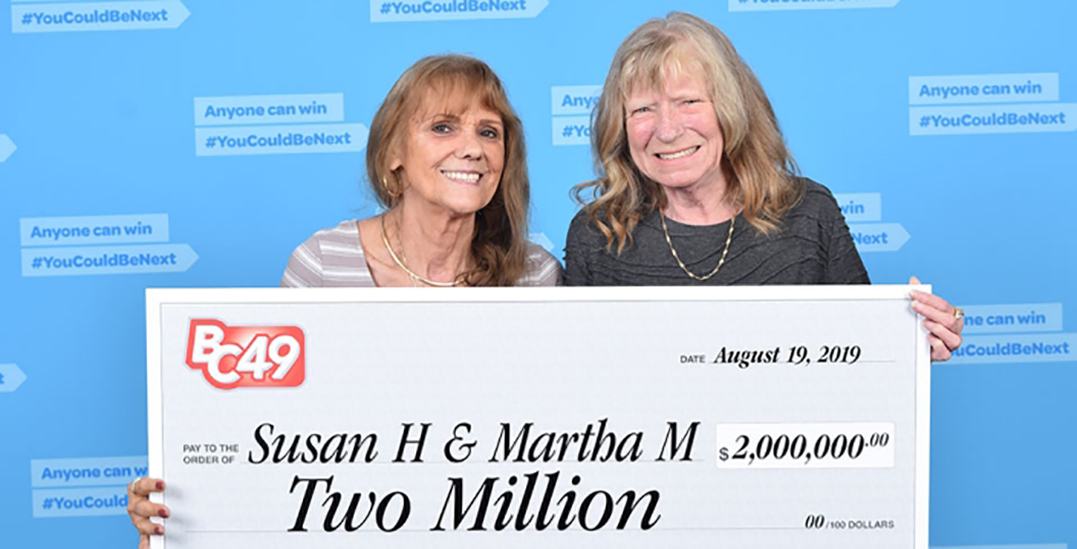 A pair of lifelong friends are sitting pretty after winning a lottery prize over the weekend.

Susan Hook and Martha McCallum have been best friends for more than 50 years. According to the BCLC, the two split a BC/49 ticket last week and managed to match all six numbers on the August 17, 2019, draw.

The lottery win also came on a very difficult day for the two friends. They’re both widows and they actually found out on the anniversary of Hook’s husband’s passing.

“I’m not a drinker but I said ‘I need a glass of wine,’ and we cried together,” she tells BCLC. “It’s quite something to know that we became millionaires on that day. I dread that day every year.”

As for what the best friends will do with their winnings, they plan to continue living together. They’ll be looking to fulfill “lifelong travel plans” and to make their lives “comfortable, but not flashy.”

The BCLC will also be introducing the winner of a record-breaking $60 million Lotto Max jackpot later today. The winning ticket was purchased at the Seafair Centre in Richmond.

If ever partaking in BCLC games or lottery games of any kind, remember to play for fun, not to make money.