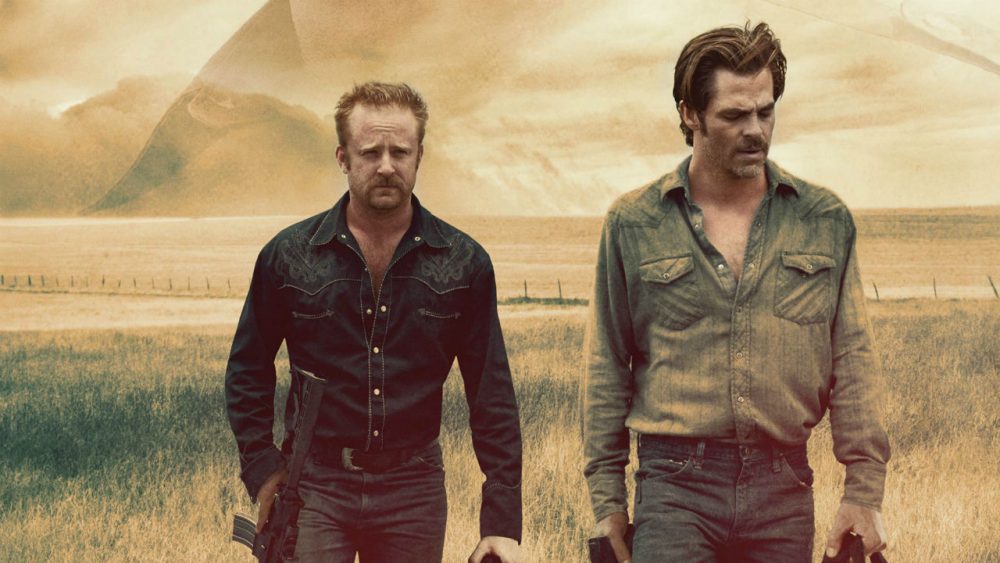 In a year where we clearly needed escapism, for the most part, cinema didn’t let us down.

Sure, there were a lot of duds. Like Warner Brothers completely defecating on anything to do with DC superheroes, or studios throwing out sequels over a decade later because they want to make a quick buck. Of course, we can’t forget about reboots, remakes, and reimaginings, or as I like to call them ripoffs.

This year had a lot of cinematic crap but if you knew where to look (like reading our reviews) there were also a few standouts.

So without further ado, here in descending order, are Daily Hive’s top films of 2016:

This foreign film was a hit at film festivals everywhere. Director Park Chan-wook (Old Boy) has become the master of classy trash. The Handmaiden is such a well-crafted story that gives you two perspectives from two different characters.

This is a gripping and sensual tale of a young Japanese Lady living on a secluded estate, and a Korean woman who is hired to serve as her new handmaiden but is also secretly plotting to defraud her of her large inheritance. This is what I like to call a saucy film with a lot of nudity and eroticism. But it’s the cleverness of the story that makes it even more worthwhile.

This movie came out of nowhere and surprised us all. People wondered if it could live up to all of it’s marketing hype and it certainly did exactly that, and more.

When a young woman finds herself trapped in an underground bunker she is told by a mysterious man that she’s there for her own protection. From there the mystery unravels as things become even more tense. John Goodman gives one of the best performances of his illustrious career and that alone is one of the best reasons to see this thriller. You can currently find this beauty on Netflix.

This little science fiction gem is written and directed by Jeff Nichols, who brought us great films like Take Shelter, Mud and this year’s Loving. His vision and unique storytelling are what shines the most in Midnight Special, but the 80s influences of E.T., Starman and even Close Encounters of the Third Kind trickles throughout Nichols’ well-crafted but completely bizarre film.

Roy (Michael Shannon) goes on the run with his son Alton (Jaeden Lieberher) in order to protect him from the law and to help uncover the truth behind Alton’s special powers.

Is is the best Marvel film ever? Tough to say but this popcorn summer blockbuster was a lot of fun to watch and had so many great moments that it gets to be on this list for nerdgasms alone.

While The Avengers have been kicking ass and taking names, they’ve also caused plenty of collateral damage in their struggle to keep the world safe. As a result, The Secretary of State (William Hurt) along with the United Nations has demanded that all superheroes should become accountable and be at the beck and call of the UN. Iron Man agrees with this sentiment, and Captain America doesn’t necessarily like the idea of being micromanaged. This leads to a fracture in the Avengers team and its friend vs. friend.

Sure this might not be an arthouse flick and it might seem out of place to some of the more snobby cinephiles out there, but most people go to the movies to see full on entertainment and this newest Captain America flick delivered in a big way.

2016 was a great year for family entertainment and so we need to honour that. Zootopia was not only a fun and entertaining jaunt into the sprawling animal metropolis, but it also packed the perfect message of acceptance for a world that could use the reminder.

I loved the voice work from Ginnifer Goodwin, Jason Bateman, Idris Elba, J.K. Simmons and even Canada’s own Peter Mansbridge with each actor practically being matched with their own spirit animal. This was a charming and funny story that is arguably the best animated film of 2016. You can currently find it on Netflix.

5. Manchester by the Sea

This is one of those somber films that drops us in the middle of a family tragedy. Lee Chandler (Casey Affleck) returns home to Manchester by the Sea to bury his dead brother, but that means dealing with his past and becoming the legal guardian of his teenage nephew.

This film is painful and tragic but with a touch of humour and laughter to soften the edges. It’s a slow burn of a story highlighted by one of the best acting performances of the year from Casey Affleck. Expect this one to get a lot of award nominations.

This is a sad film that captured the hearts of everyone who saw it. This is a coming of age story about a boy named Chiron. The story focuses on three defining chapters in his life as he experiences all the emotions and heartache that comes with falling in love while grappling with his own sexuality.

As Dan Nichols so eloquently stated in his review, “The new film Moonlight features an indelible protagonist that will live on in your mind perhaps longer than any other aspect of the film, exemplary as they may be. Once you meet Chiron you won’t want to let him go.”

This was a phenomenal neo-western about two brothers Toby and Tanner who decide to rob a branch of banks that are foreclosing on their family’s land. However, a foul-mouthed Texas Ranger, who has one foot in retirement, wants to crack one last case and so he investigates the robberies.

This is one of the best screenplays of 2016 and Jeff Bridges, Chris Pine and Ben Foster give fantastic performances. Although this film provides some great social commentary in regards to current economic conditions in the US and overall bank greed, you’ll also be surprised in how funny this movie is. This is currently on video-on-demand and I highly recommend checking it out.

Usually, big musicals are saved for Broadway, but director Damien Chazelle (Whiplash) brings us one with a modern twist specifically made for the big screen. Ryan Gosling and Emma Stone play two young people with big L.A. dreams who find each other (more than once) which leads to singing, dancing, and jazz music.

This is a toe-tapping good time that doesn’t become one of those musicals where there’s a song at every corner. Instead, this tells a very real story and you’ll appreciate that. This is such a gorgeous film that could be my #1 depending on what day of the week it is. Just go and see it because it’s going to get a lot of love over the next few months.

This is a cerebral science fiction film that will keep you engaged and make you think. What’s so interesting about this movie is that although the story centres on aliens from another planet, it’s mostly a story about human nature.

Canadian director Denis Villeneuve, who is quickly becoming a national treasure, does a magnificent job of crafting such a mysterious and fascinating story. It was filmed beautifully in Montreal by cinematographer Bradford Young who makes everything look so gorgeously gloomy. Everything from the way this film looks to how it sounds is top shelf.

Go and see this if it’s still playing at a theatre near you. It should be available to watch at home sometime in early 2017 unless we all die from aliens or a nuclear apocalypse by then.

Shout out to the films that I wanted to include but didn’t: Lion, Sing Street, The Nice Guys, Deadpool, Toni Erdmann, The Lobster, Hunt for the Wilderpeople, Captain Fantastic, Kubo and the Two Strings, Rogue One: A Star Wars Story and The Edge of Seventeen. All terrific movies.