Vancouver saw some incredible talent roll through its venues this year. From pop queens Madonna and Taylor Swift, to rock legends like the Foo Fighters, the year also included new talent and local favourites.

When it came down to narrowing our top choices, it wasn’t an easy decision. We walked down memory lane, looked at our concert photos, laughed/cried, and managed to pick our top concerts of the year. And after all the 2015 music memories, we are so excited to see what 2016 will bring in live music. Here are the 2015 shows that kept us singing for days.

Bleachers – March 4 at the Rio Theatre 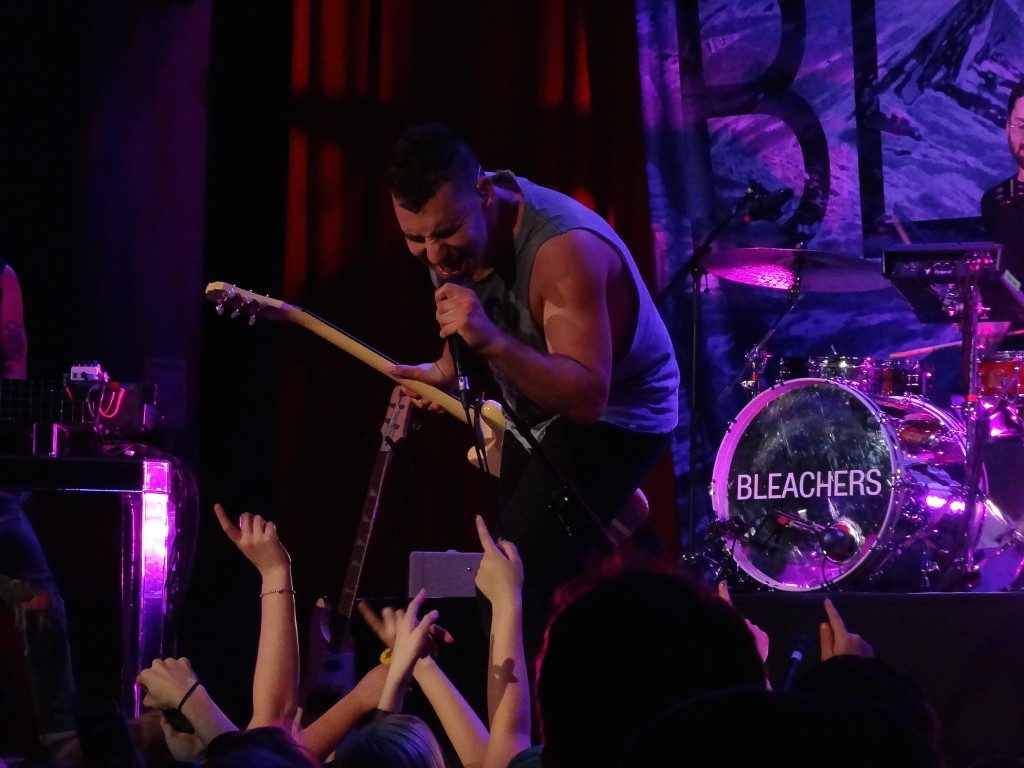 One of my favourite albums of 2014 resulted in one of my most memorable shows in 2015. Bleachers, led by charismatic frontman Jack Antonoff (also in the band Fun.), played their debut show in Vancouver this year at the Rio Theatre. The sold-out show included basically every track from their album “Strange Desire,” to which I know every word. Their high energy, intimate set was one for the books. 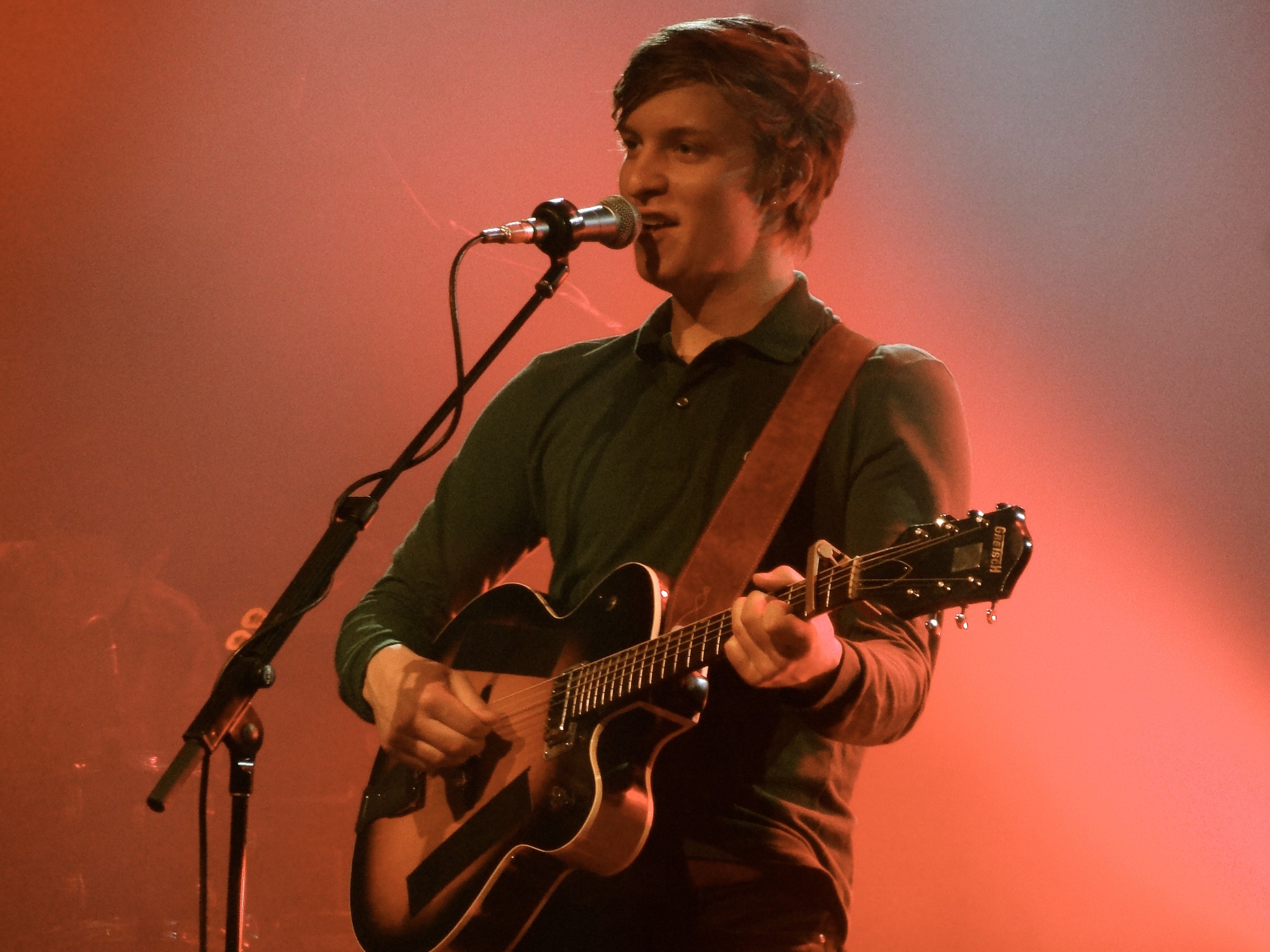 Arguably one of the U.K.’s biggest music exports last year, the handsome George Ezra made his headlining debut in April after opening for Sam Smith in January. Lucky enough to see him both times, Ezra has really left an impression on me as a genuine music lover with an immense talent. Although that impression may have also been left after his charming interview with us too (link to interview). George Ezra’s album “Wanted on Voyage” is still a playlist fave, and his live show is one to catch next time he’s in Vancouver. 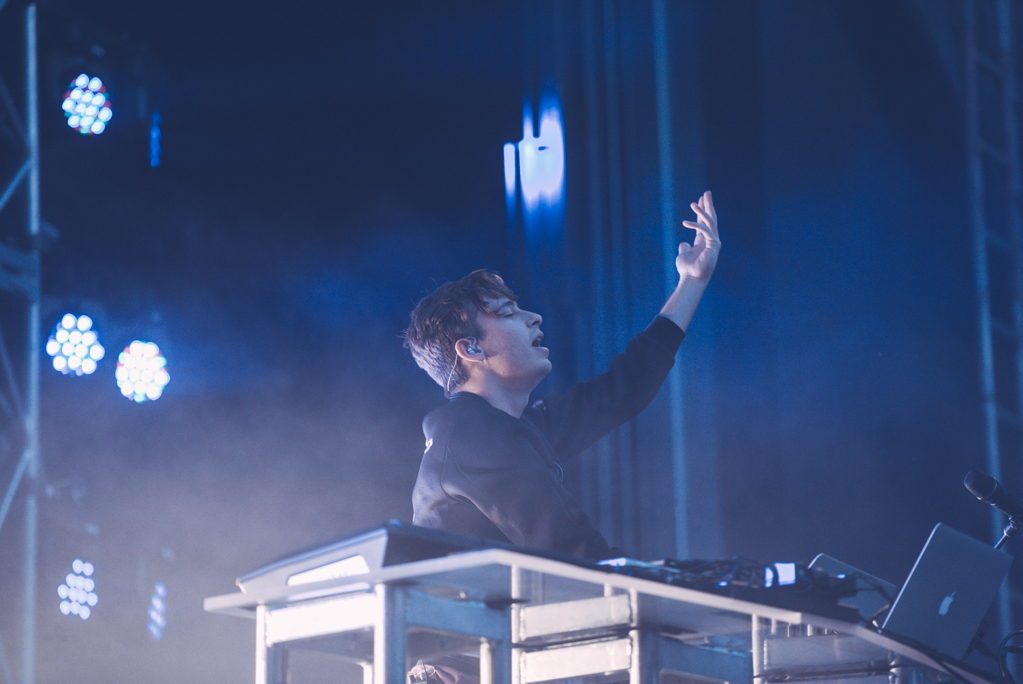 Flume played on a weeknight, on a warm summer evening at Malkin Bowl. And although it was just a bill of himself and Vancouver’s Sleepy Tom as an opener, the vibe was that of a music festival. From flowers in the hair, to overpriced beers, Flume’s outdoor beats played as concert goers enjoyed the fresh air and grassy field. His set list was on point, and the crowd had great energy, making this my top pick for electronic shows this year.

Sufjan Stevens – June 9 at The Orpheum 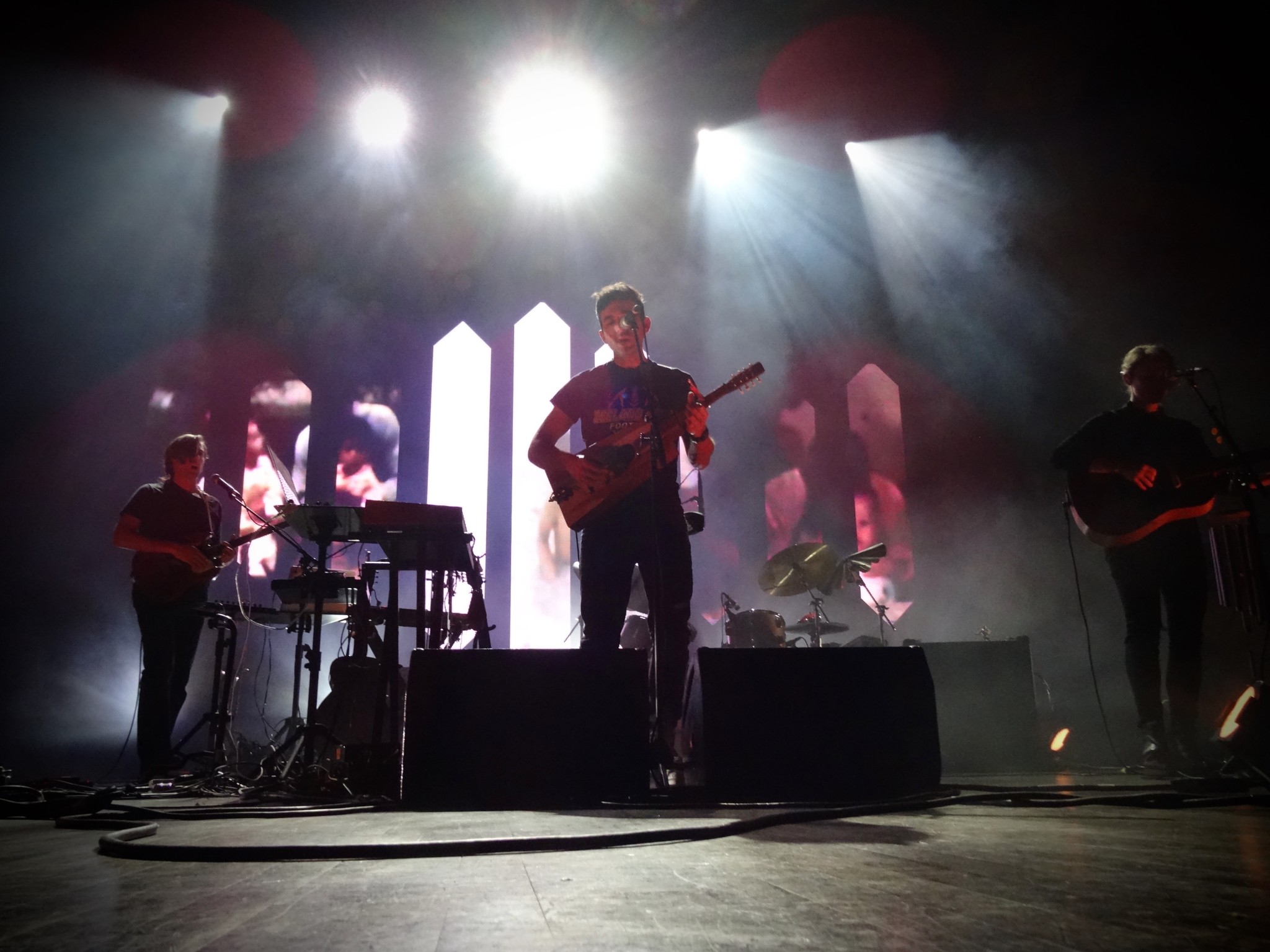 After hearing his new album “Carrie & Lowell,” fans of Sufjan Stevens were ecstatic for his tour. His sold-out date in Vancouver left the crowd breathless – you actually could hear a pin drop in the theatre. This show was moving, from the visuals, to his voice and the stories he told. Five years after his last stage appearance in our city, Sufjan Stevens was a musical experience that was tough to put in words. And for that, he’s got my win for most memorable show of 2015. 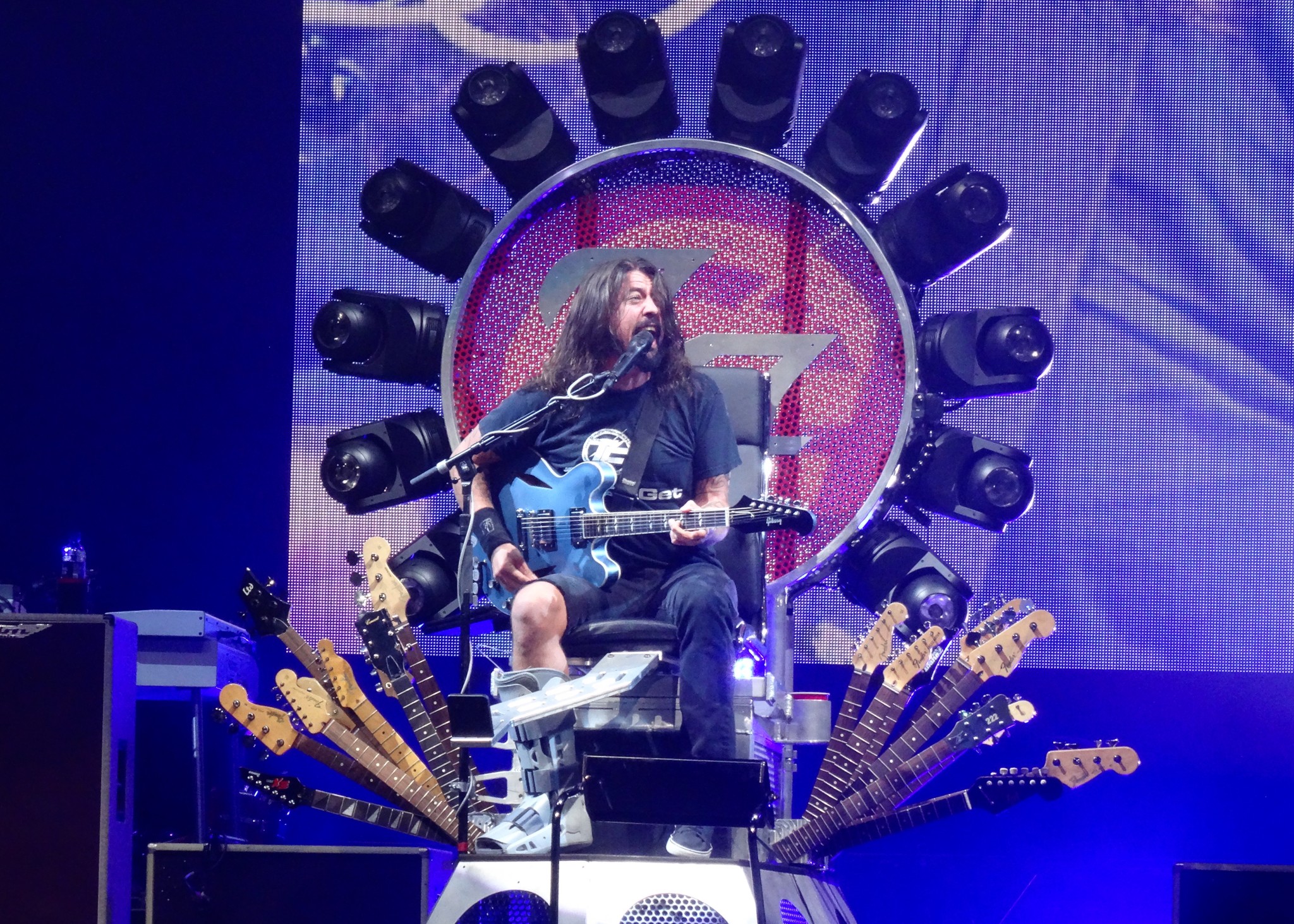 The Foo Fighters are – and have always been – rock monarchy who belong on a music throne. And their return to Vancouver saw just that. With Dave Grohl’s broken leg, the band had a custom built throne and a stage equipped for moving-throne-awesomeness. The two and a half hour set included hits from 20 years ago and tracks from their latest album Sonic Highways. Broken leg or not, these guys are unbelievably rocking live.

Tory Lanez – November 9 at The Alexander 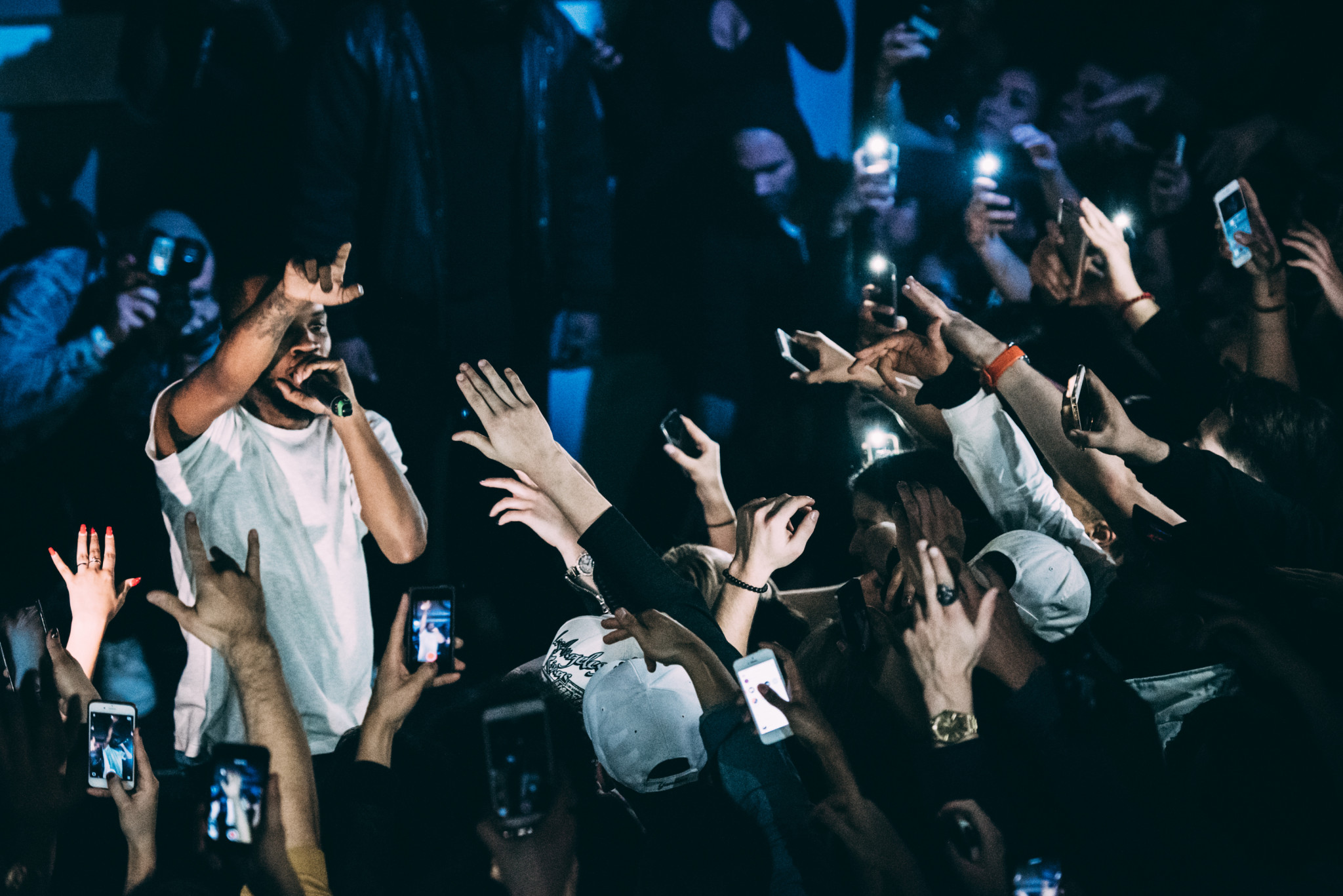 Probably an odd pick for a top show of the year, but Tory Lanez has earned it. The 23-year-old Toronto rapper’s live performance was filled with jumps, dancing, sweat, shirtless crowdsurfing, and “crowdwalking” – supported by his fans who hold up his legs as he walks through the surface of the crowds. His debut show in Vancouver was sold-out, and the venue was packed from wall to wall. Lanez is simply captivating. Watch for his return to Vancouver in 2016. 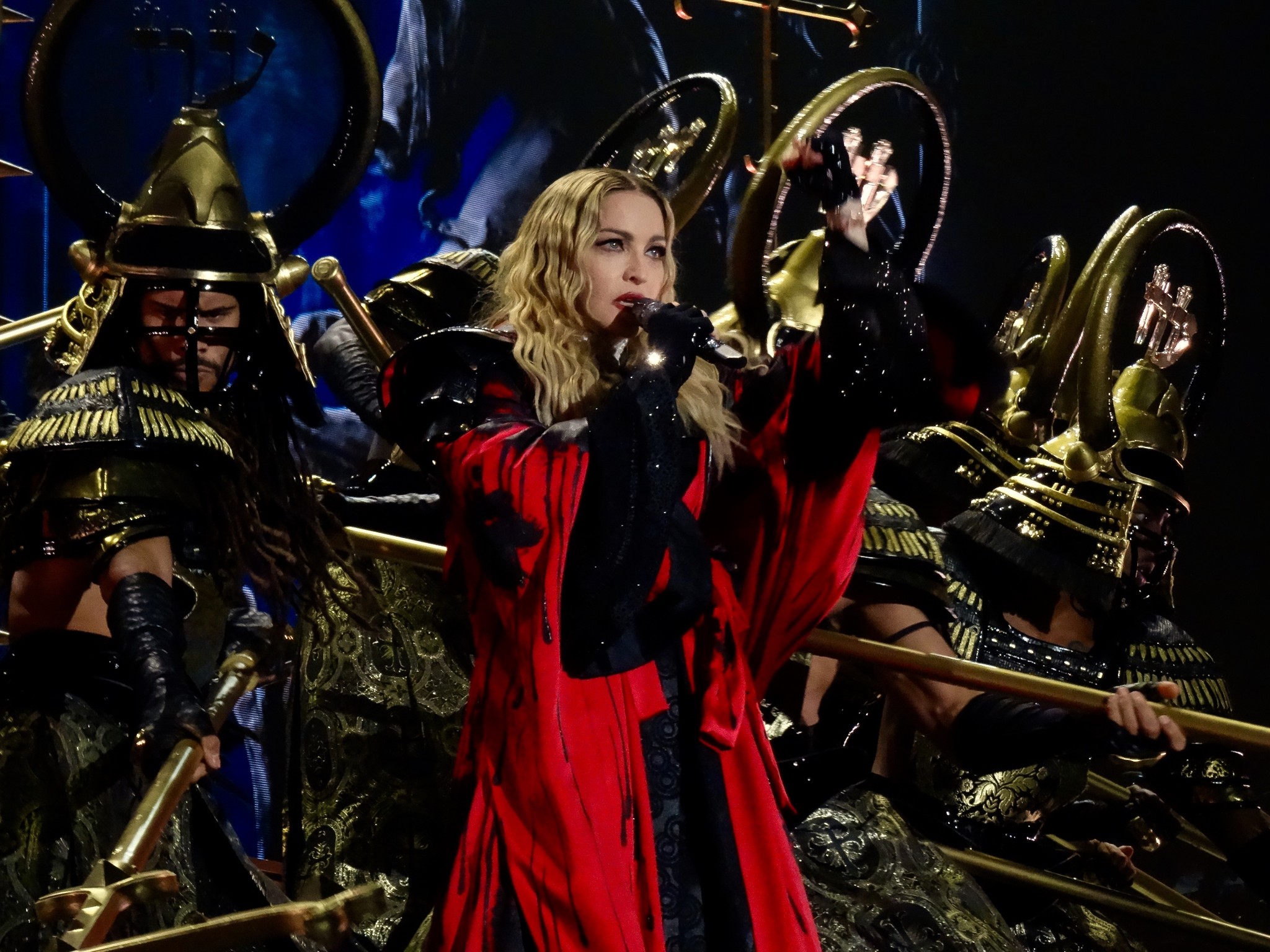 A slew of Madonna-wannabes rolled through Vancouver in 2015 (Janet Jackson, Ariana Grande, and Miley Cyrus to name a few), but as Madge herself told us years ago, “don’t go for second best, baby.” The Material Girl brought her spectacular Rebel Heart tour to Rogers Arena in October and kept fans into the groove with dance floor stompers like “Deeper & Deeper” and “Holiday.” Of course, it wouldn’t be a Madonna concert without a little bit of controversy (nuns on stripper poles, anyone?) but the most shocking part of the show may have been the singer’s big smile and relaxed, playful attitude. A kinder, gentler diva? Maybe. Or maybe it was just the alcohol – the singer confessed to knocking back a few shots with comedienne Amy Schumer backstage before the show.

The Weeknd – December 2 at Rogers Arena 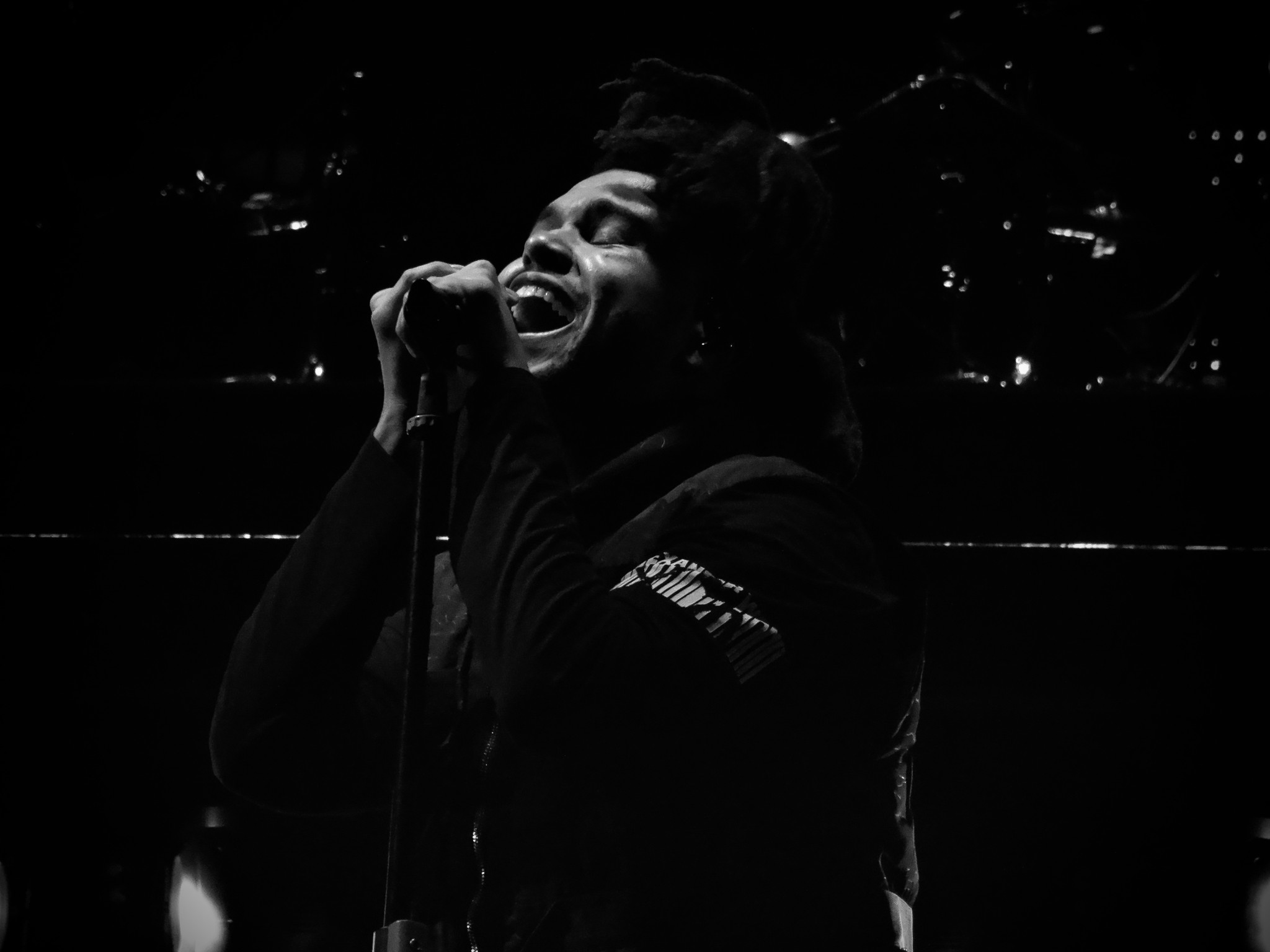 It’s been a killer year (or 52 weekends) for Toronto superstar The Weeknd, born Abel Tesfaye. After a couple of moderately successful albums, the singer finally struck gold with Beauty Behind The Madness which debuted at number one on Billboard’s Top Albums chart. Tesfaye was everywhere promoting the disc, including a sold-out show at Rogers Arena and a headlining spot at Surrey’s FVDED In The Park in July. “I can’t tell you how proud I am to be a Canadian,” he told the crowd at FVDED. “You guys make every special event that much more special and I love you.” The feeling was clearly mutual, as the audience continued chanting the singer’s name long after he’d left the stage after a stunning encore of “Earned It.” 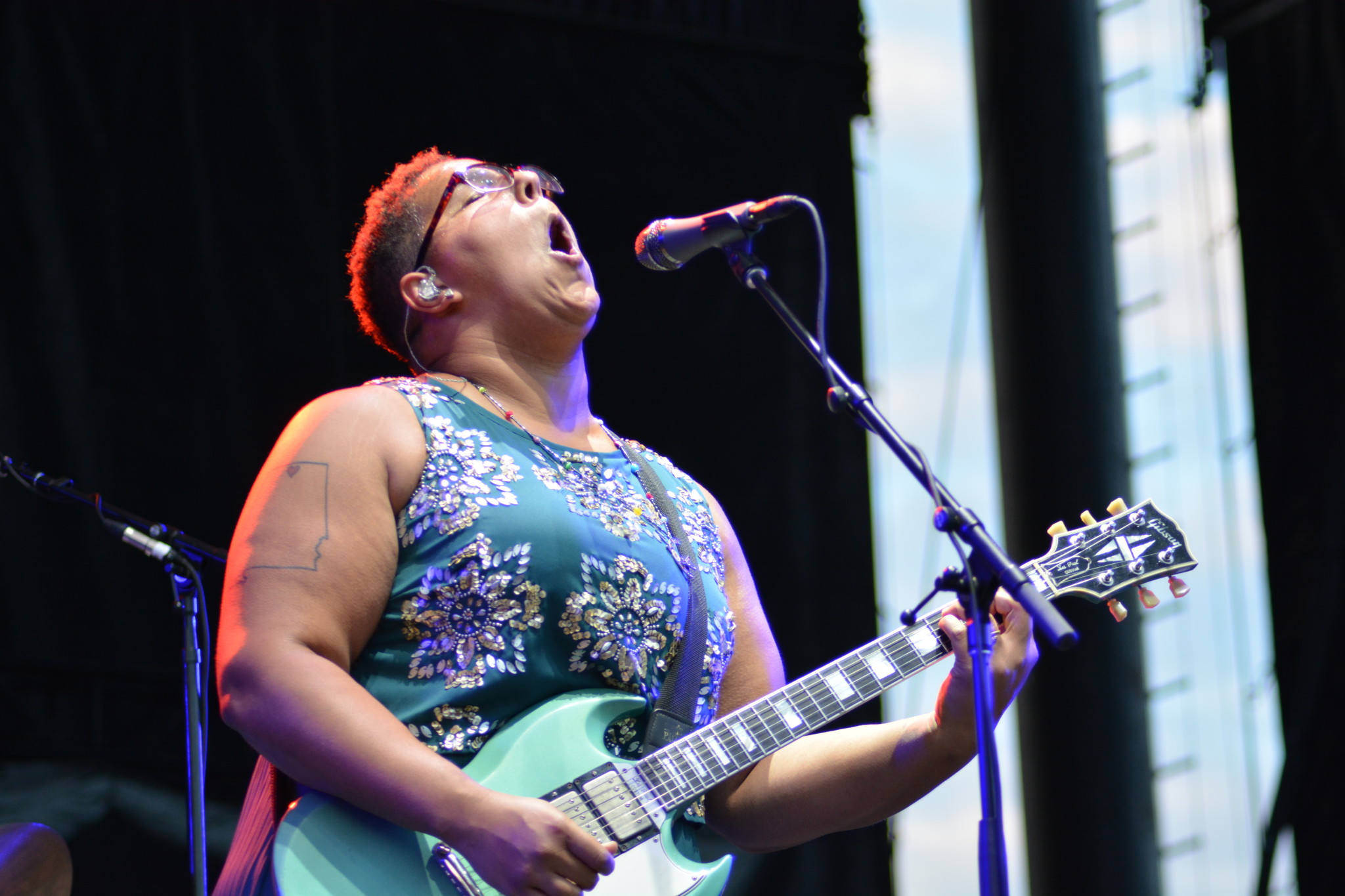 There was no shortage of superstars at this year’s Squamish Valley Music Festival, but it was a rocking set from Alabama Shakes that shook up the entire weekend. Even headliner Marcus Mumford agreed, calling the band “sick” and said “if you want to know how to play an instrument correctly, listen to the new Alabama Shakes record.” The band performed songs from their Grammy-nominated Sound And Color album and frontwoman Brittany Howard had no time for idle chit-chat – she singled out one screaming fan and told him “I don’t have time for conversation; I gotta do a concert. I have to make the most of my time here.” And she sure as hell did. 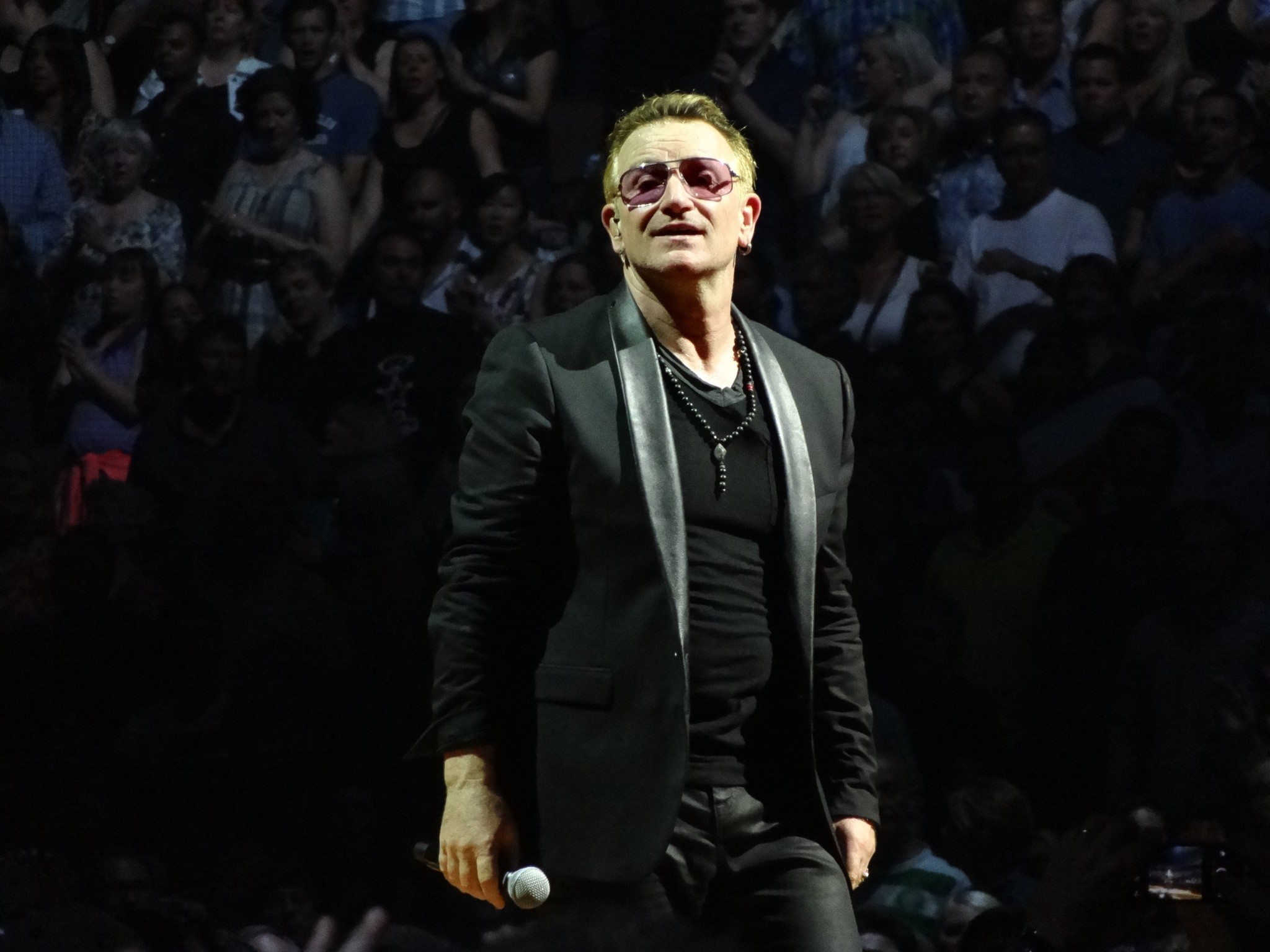 The Irish rockers kicked off their iNNOCENCE + eXPERIENCE world tour with a pair of concerts at Rogers Arena in May. Demand for tickets was crazy high, but fans who lingered outside of the Pacific Coliseum while U2 rehearsed were treated to weeks of free performances (low quality audio clips recorded from just outside the Coliseum doors were posted to YouTube every day). As for the big show, stirring renditions of “One,” “Bad,” and “Pride” kept us on the edge of our seats, but leave it to guitar player The Edge to one-up all of us by actually falling off the edge of the stage. 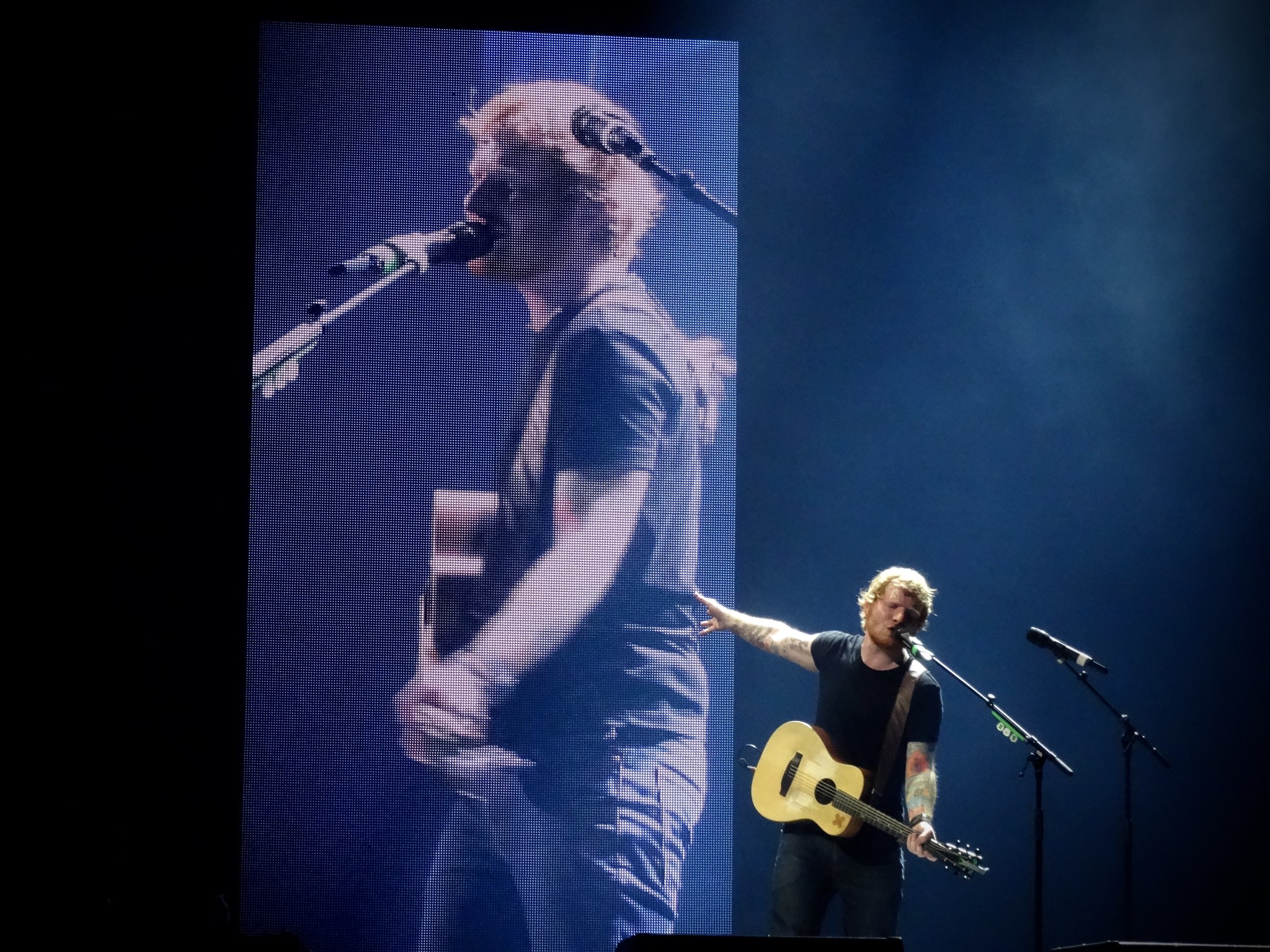 It’s kind of tough to pull off the whole “intimate and interactive” thing at a sold-out Rogers Arena, but Ed Sheeran did just that in June. The ginger stunner appeared alone onstage with just a couple of guitars, two microphones and a loop pedal layering system that made him sound like a one-man band. The only accompaniment Sheeran used was the collective screams of 20,000 or so fans as he ran through songs from his first two albums and a handful of rap covers like “No Diggity” and “In Da Club.” “I have faith that you are going to sing loudly and you’ll lose your voices by the end of the show,” Sheeran told the Vancouver crowd early on, and he was right. 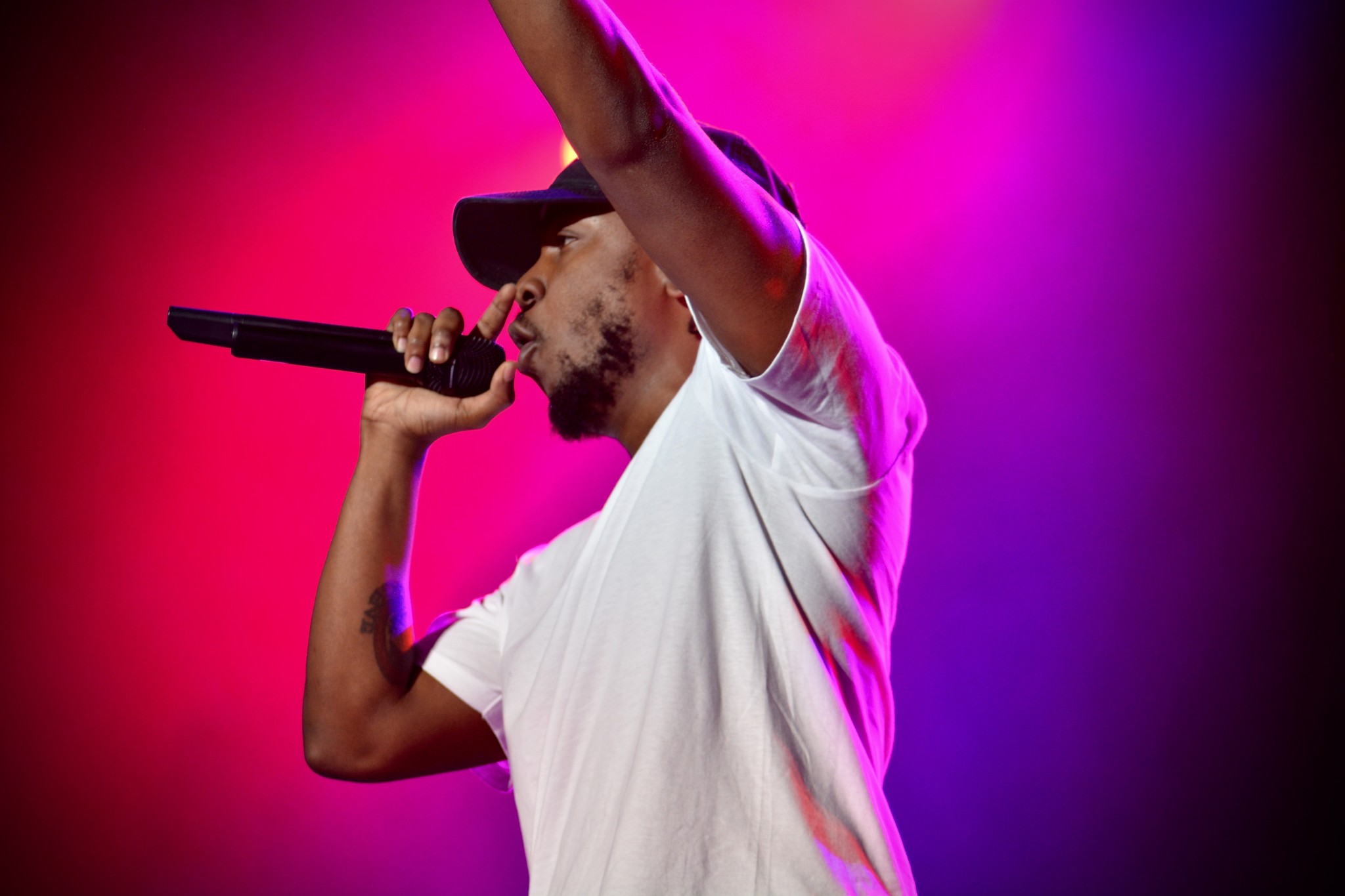 2015 was a phenomenal year for Compton’s Kendrick Lamar – he scored 11(!) Grammy nominations for his universally-praised To Pimp A Butterfly album and earned his first number one single as a featured artist on Taylor Swift’s “Bad Blood.” Lamar appeared at last summer’s Pembyfest as a junior and was deservedly promoted to headliner at this year’s edition. And despite performing alongside music royalty like Missy Elliott, The Black Keys and Tiesto, Lamar managed to steal the entire festival with an electrifying 90-minute set that included hits “i,” “Poetic Justice,” and “Alright.”