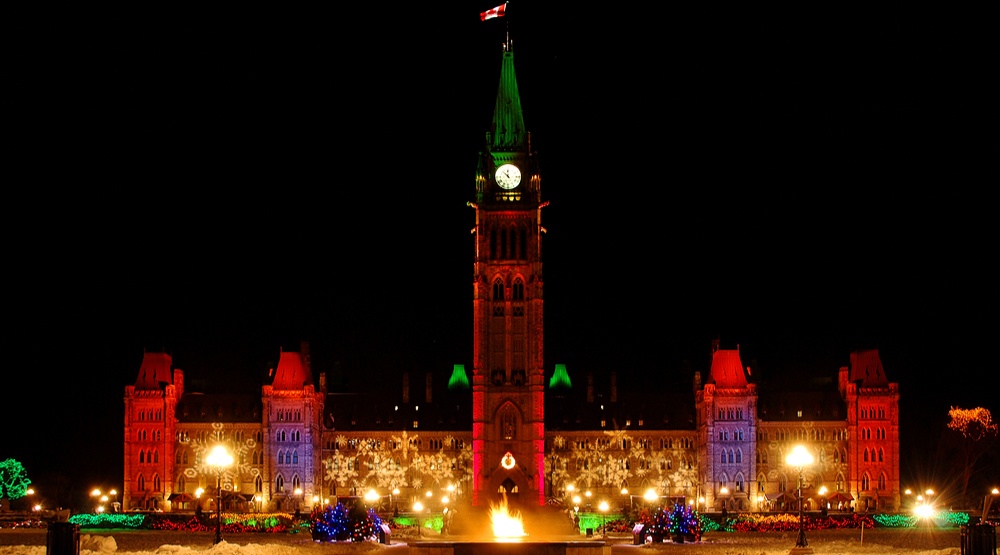 Canada is good at Christmas. In a country where winter is intense, residents go beyond a light display or two to make the season bright. With a dazzling array of festivities ranging from Christmas parades, to Christmas markets, fireworks, ice skating, and sleigh rides through fluffy new snow, here are the nine best places, from east to west, to spend Christmas in Canada. 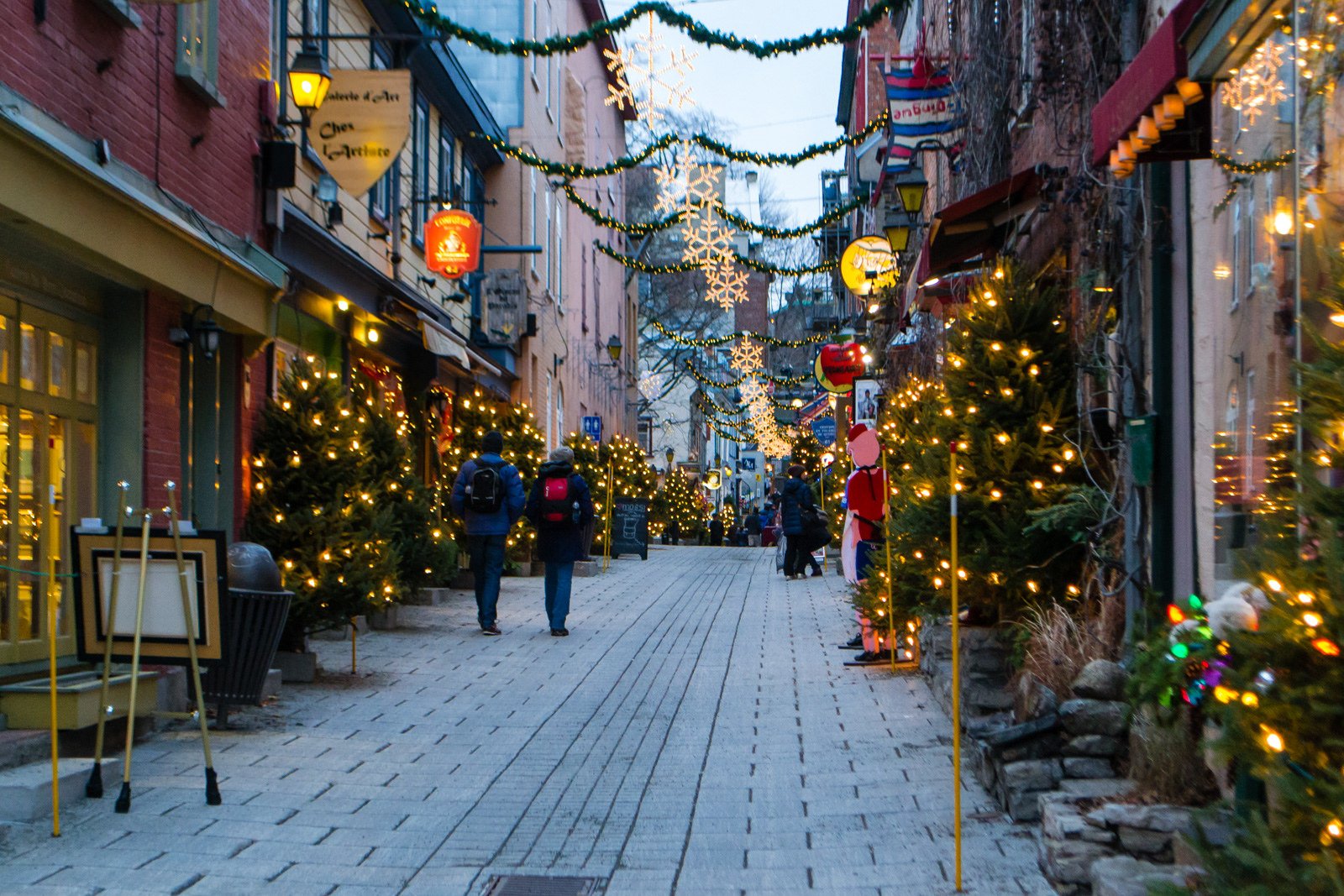 As if the charm wasn’t enough, you can sip mulled wine and nosh on sausage at the timber stalls of the annual German Christmas Market, or browse for locally-made trinkets at the Old Port Christmas Market. After you’ve explored, find spot of peace and Christmas music at one of the city’s heritage churches. Or burn off the indulgences with winter sports at the nearby Sentier des Caps de Charlevoix. 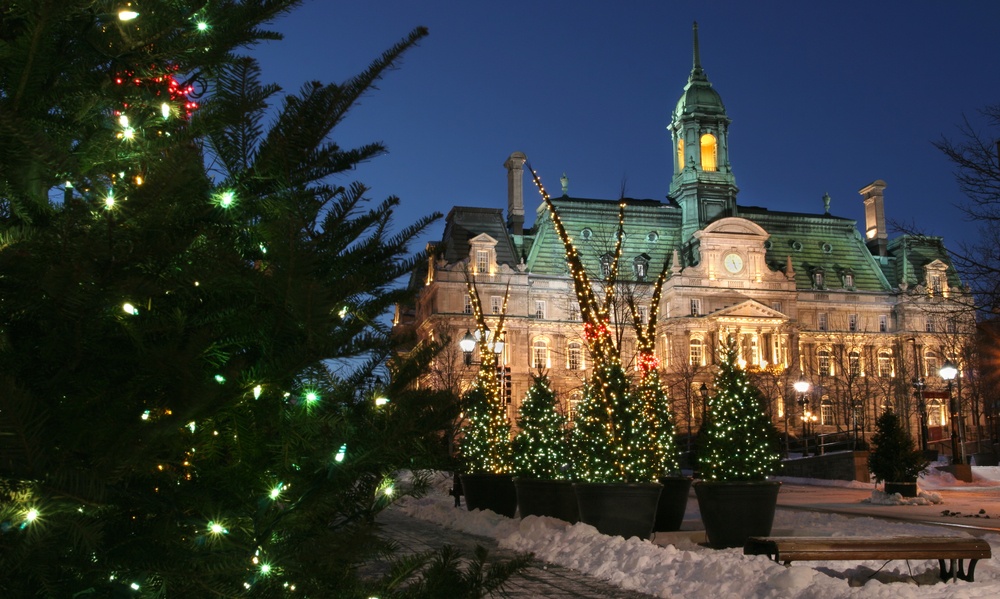 Visitors describe Christmas in Montreal as Paris without the jet lag, focusing on the decadent French holiday food. Bûches de Noël, tourtière — spiced pork pie in the crumbly crust — decadent foie, spiced saucisson, marrons glacés, filled praline-chocolate pinecones, and other tempting morsels are available at the city’s bustling public markets. You can also expect the usual round up of light displays, ice skating rinks, craft fairs, and theatrical spectacles that comprise a Joyeux Noël in a cosmopolitan city. 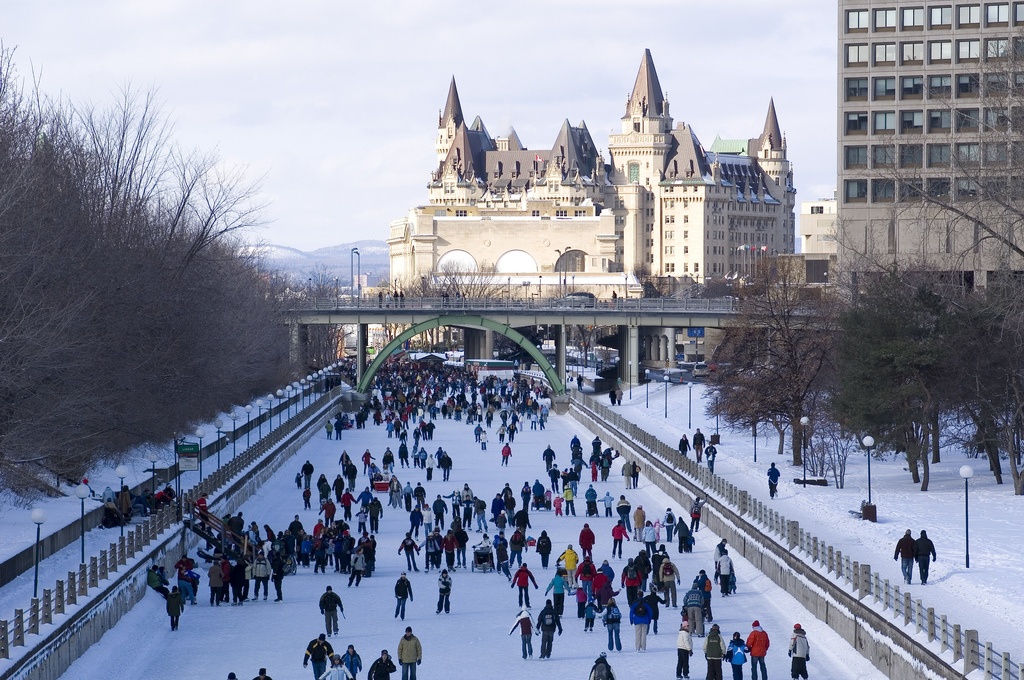 Canada’s capital kicks off the holiday season with the illumination ceremony for Christmas Lights Across Canada, a stellar light display that suffuses the Parliament Buildings in holiday cheer from December 7 to January 7, 2017. The festivities also include carols and fireworks.  New this year: Confederation Park will be illuminated in red and white to mark Canada’s 150th anniversary in 2017.

Other must-attends include the National Gallery of Canada’s Christmas tree lighting with a 12-metre tree, cocoa, and free gallery entry. When the temperature drops low enough (normally around January), residents put on their ice skates and glide down the scenic Rideau Canal – Ontario’s only UNESCO World Heritage Site and the naturally frozen skating rink in the world. 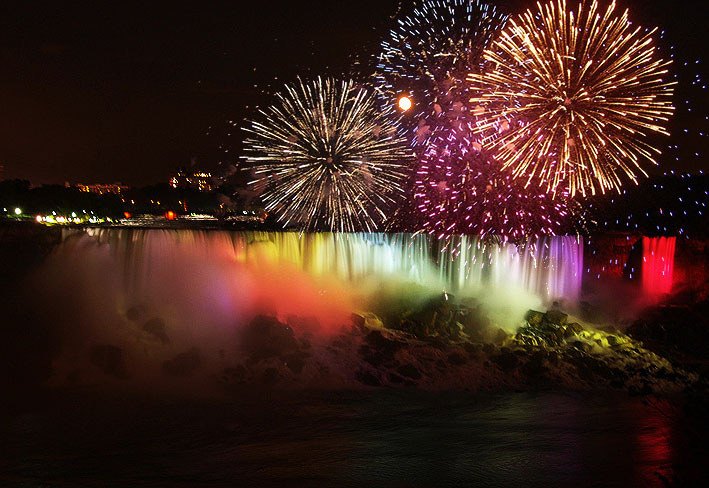 Image: Marriott Gateway on the Falls/Flickr

Although it’s a breathtaking destination any time of year, Niagara Falls really rocks Christmas. They know how to deck the falls. The highlights here are the nightly fireworks illumination of the falls, and the Winter Festival of Lights. The Winter Festival of Lights is on now until January 31, 2017 along an eight kilometre long route that travels through the beautiful landscapes of the Niagara Parks, Dufferin Islands, and surrounding tourist districts. Add two Santa Claus Parades and you’ve got a mighty good Christmas. 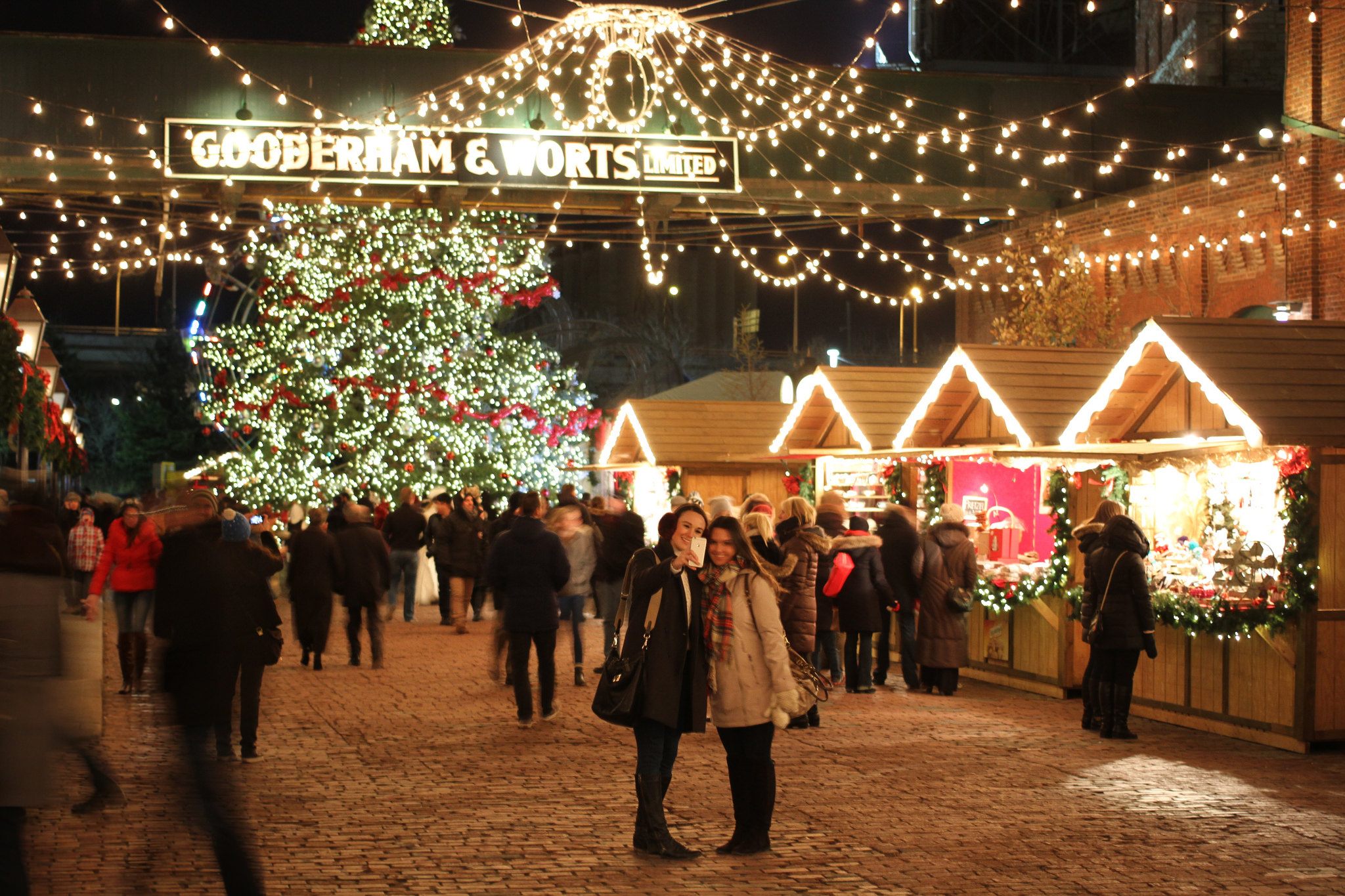 If bigger is better sounds right, head to Canada’s largest city for an onslaught of Christmas fun ranging from the gargantuan Christmas tree in Nathan Phillips Square with an ice skating rink, to the Christmas display windows at the flagship Hudson’s Bay store.

Other must-attends include Toronto Christmas Market, set in the Victorian, cobblestoned Distillery Historic District, which has been ranked one of the top 10 Christmas markets in the world by Fodor’s. For culture and beauty, check out The Nutcracker by The National Ballet of Canada, and candlelit holiday flower shows at Allan Gardens Conservatory and Centennial Park Conservatory, with thousands of flowering plants including more than 30 kinds of poinsettia.

Why Edmonton? Candy Cane Lane. For the last 40 years, residents have created an eight-block West End light display featuring all things twinkly and festive including glowing candy canes. Hundreds of thousands visit, marvel, and bring a donation to the Edmonton Food Bank. More holiday fun in Edmonton: horse-drawn sleigh rides down Whyte Avenue and old-fashioned festivities at Christmas Reflections in Fort Edmonton Park.  When you can’t face the cold any longer, get cozy at the indoor Festival of Trees with gingerbread house competition. 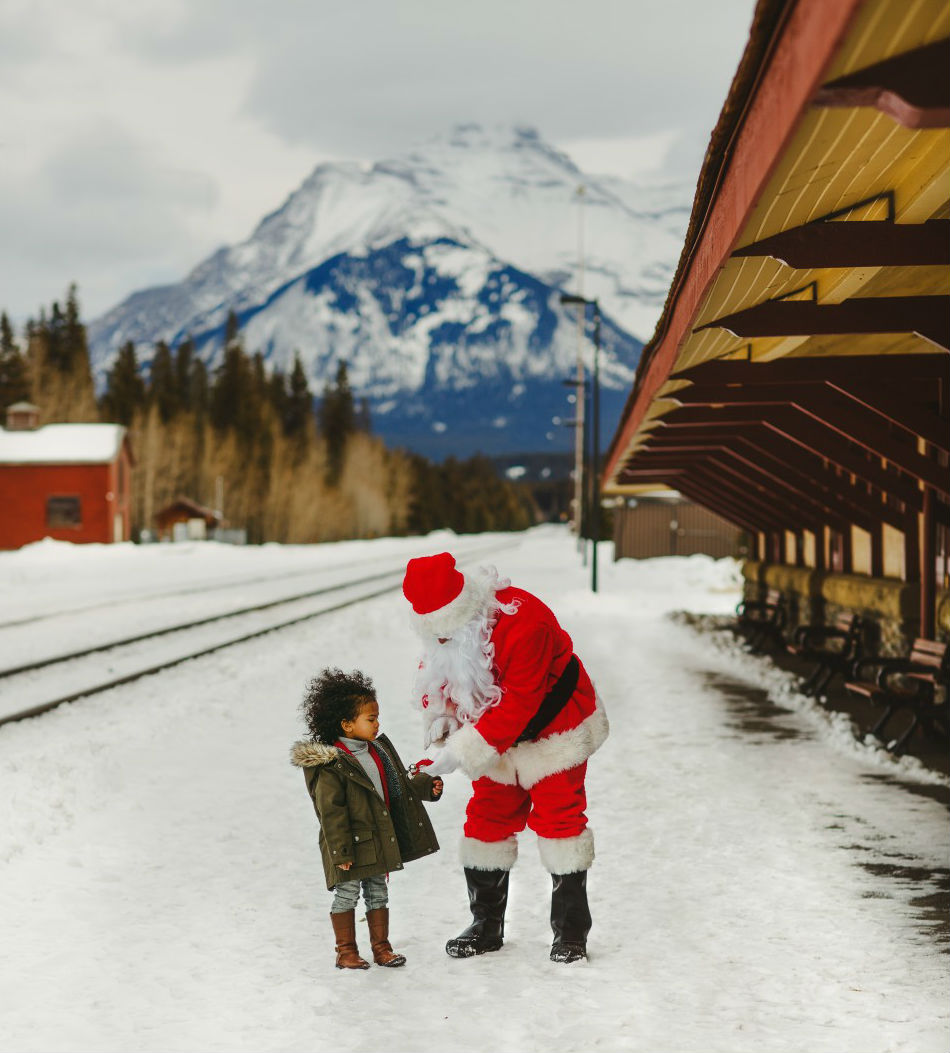 Treat yourself to the holidays at one of National Geographic’s must-see destinations. A city in the midst of wilderness, Banff boasts the full gamut of winter sports alongside more romantic and unusual holiday pastimes.

Instead of Christmas light displays, try stargazing under winter skies at the Banff Gondola. Why settle for a sleigh ride when you can mush your way through the forest whilst being pulled by a team of huskies? Instead of a Christmas cocktail party, try a dance set or two at Brewster Dance Barn. When the physical exertion and cold temps threaten to overwhelm, sink into the world famous Banff Hot Springs to recover. 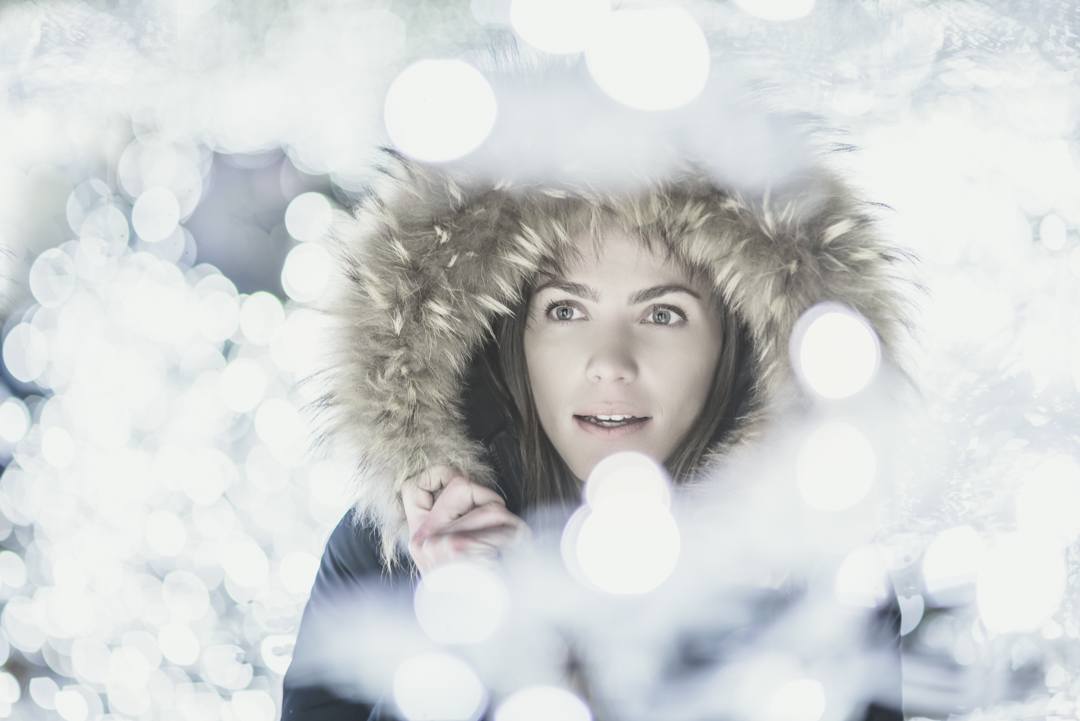 Vancouver is in a league of its own when it comes to holiday spectacles. This year, the highlight is Enchant — the world’s largest Christmas light maze. After you navigate 55,000-square-feet of illuminated holiday-themed sculptures to find Santa’s missing reindeer, you can hang out at a 50-stall Christmas market, warm up with a tipple at the onsite bar, and dig into holiday treats from 14 food trucks.

Other classic Vancouver Christmas events include meeting Santa and his reindeer at the Peak of Christmas at Grouse Mountain, free ice skating at Robson Square, the Vancouver Christmas Market, Carol Ships in English Bay, the Christmas train at Bright Nights in Stanley Park, and Rogers Santa Claus Parade. 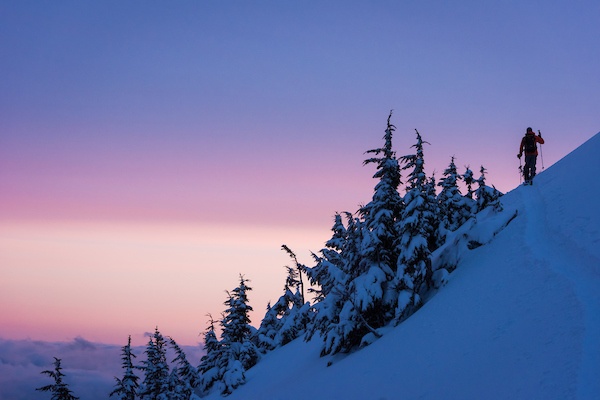 Whistler Village is blanketed with fluffy snow and Christmas charm in December; the range of activities make it an ideal destination both for romantic getaways and family time. You can ski and snowboard every day with both mountains open over Christmas and New Year, and extended hours in the Village. Make sure and dress like Santa or his missus on December 17 when the first folks in costume at the lift get free tickets.