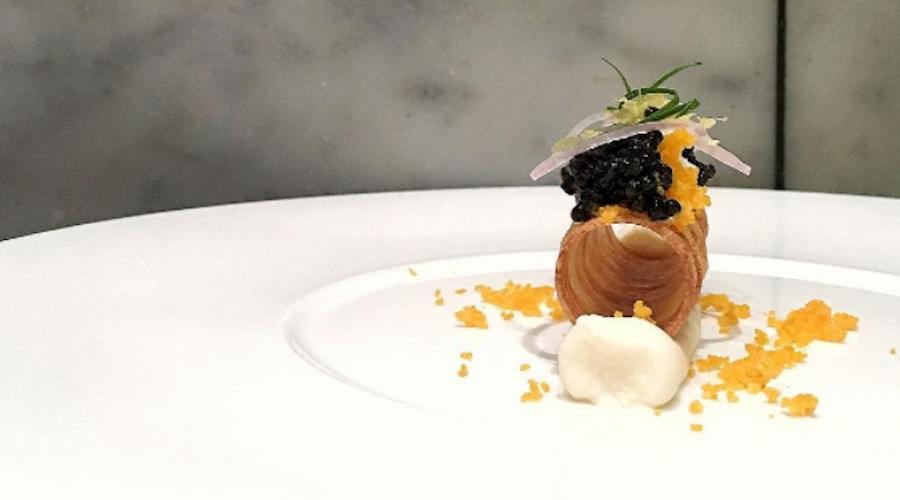 Let’s be honest, cooking for yourself day after day can be boring – and tiring.

If there’s one thing we can all agree on, it’s that looking at pictures of delicious food is the perfect thing for some much needed foodie inspiration.

So check out these Instagram accounts below for some of the best chefs in Vancouver. Who knows, their pictures may just inspire your next great creation – or possibly your next dine out experience!

Ned Bell is mostly known for his delicious, fresh seafood cuisine, and his devotion to sustainable seafood. He previously worked at YEW Seafood + Bar at the Four Seasons before taking on his current role of Executive Chef at the Vancouver Aquarium’s Ocean Wise in July last year.

Jefferson Alvarez is the force behind the recently revamped old Epicurean Cafe location in Kitsilano – now known as CACAO. The location is owned by Marcela Ramirez and daughter Andrea Ramirez who brought on Alvarez to whip up some progressive Latin fare, serving brunch everyday and a full dinner menu on Thursday, Friday and Saturdays.

@fatmaonoodles duck is braised with our own spices with soy broth. Lots of Asian celery and bok Choy makes a balanced meal.. #fatmaonoodles #sogood #soasian #noodlesoup

With multiple restaurants, Angus An is one busy guy! He currently operates four restaurants in Metro Vancouver: Maenam, Longtail Kitchen, Fat Mao Noodles, and Freebird Chicken Shack. He’s about to get busier, by opening up a fifth enterprise, Sen Pad Thai, in Granville Island.

David Hawksworth is the owner of two restaurants located in the Rosewood Hotel Georgia, the charming Bel Café and Hawksworth Restaurant- specializing in Pacific Northwest cuisine. His newest restaurant on West Hastings, Nightingale brings a taste of simple, seasonal ingredients made for sharing.

Want to know what Karen Barnaby is eating for dinner? Well then you should follow her Insta of course! She consistently posts beautiful plate pictures – like the one above – under the hashtag #WhatChefsEat.

Author of various cooking books, Barnaby was previously the executive chef at the Fish House Restaurant in Vancouver for 17 years. Currently, she is a product development chef at Albion Farms & Fisheries, and Fresh Start Foods along with being a recipe writer for The Vancouver Sun.

Pizza for breakfast? Anything is possible these days. Starting his career in Quebec, JC Poirier is the chef and owner of Ask For Luigi, Pizza Farnia, Joe Pizza and Pourhouse. Trust us, this guy knows his pizza! He is also set to open another restaurant this year called St.Lawrence that will specialize in classic French cuisine.

Owner of Campagnolo and Campagnolo Roma, Robert Belcham serves up affordable rustic Italian dishes using seasonal ingredients. Some might say his food is just as colourful and vibrant as the many tattoos he has wrapped around his arms! Look for his hashtag #sofuckengood. He means it.

Elizabeth Bryan is the chef at her quirky southern-inspired comfort food eatery, Dock Lunch located in Mount Pleasant. Bryan takes diner food to the next level with big servings and an abundance of flavour.

Mikey Robbins is the owner and chef of AnnaLena, which is named after his two grandmothers. (So sweet, right?)  Robbins truly put his heart and soul into the award-winning restaurant, which specializes in Canadian fare and delicious cocktails.

Started from the bottom and now he’s here, quite literally applies to Alex Hon. From dishwasher at Cactus Club to sous chef at West Restaurant, Hon proves that hard work can pay off. He has been a vital part of the restaurant for the past nine years, using sustainable products whenever possible while maintaining relationships with local BC suppliers. Watch for his signature hashtag, #YourFriendlyNeighborhoodChef.

A London Fog you can eat? Now that’s something we can get behind! Previous MasterChef finalist, Josh Gale is now the Executive Chef at Juniper, which specializes in Pacific Northwest cuisine and gin-centric cocktails.

Juno Kim is known for Vancouver based pop-up dinners and his catering company Juno Kim Catering, in which he specializes in a multiple-course dining experience for all those lucky enough to taste his flavourful cooking!

Are you drooling yet?