Hailing from Latin America, ceviche is a delicious, fresh-tasting, and often tangy dish that can be relished throughout the entire year. For those who are yet to sample this soaked specialty, it is composed of diced raw fish tossed in citrus juice, onion, garlic, chillies, and coriander. It is simple, yet wonderfully satisfying, and invokes warm, sunny days — something we need reminding of here in Vancouver.

Read on to discover our tastiest picks for where to find the best ceviche in Vancouver. 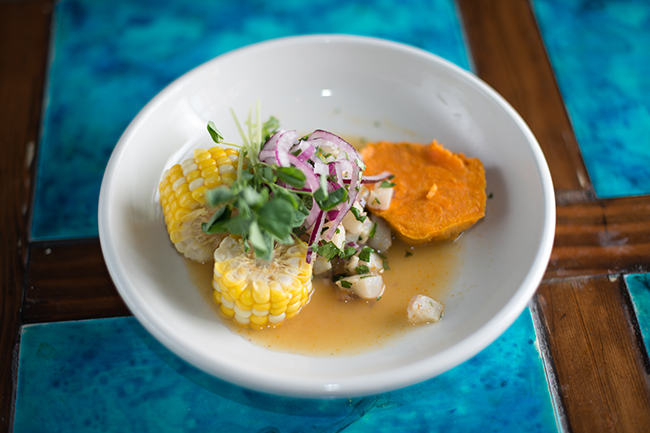 This snug eatery in Mount Pleasant offers a range of enticing Peruvian staples including ceviche, which comes in two incarnations. Diners have the choice between the “Clasico”– a dish composed of seasonal whitefish, corn on the cob, sweet potato, cancha corn, and salsa criolla, or “Mixto” the seasonal seafood version, which comes with white fish, mussels, octopus, and squid. Marinated-to-order in citrus fruit and aji Amarillo (chili peppers) Chicha’s ceviche boasts a refreshing, slightly sweet taste, with fiery undertones. 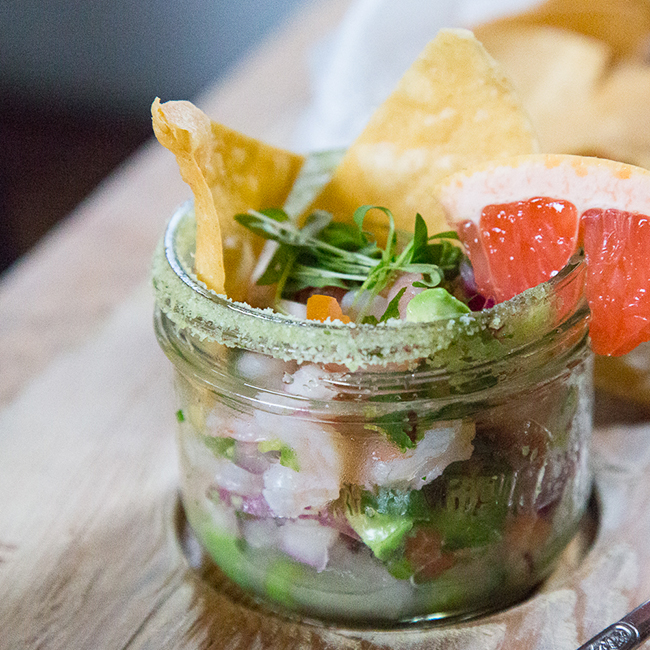 Sharing space with Vancouver Urban Winery and Postmark Brewing, Belgard Kitchen in Railtown has earned itself quite a reputation for dishing up a delicious and varied selection of eats. In addition to the Grilled Postmark Sausage Board, pizzettes, and meatballs, patrons are able to nibble on the eatery’s Rock Shrimp Ceviche. Served in a sweet little jar, Belgard Kitchen’s deliciously zesty ceviche is comprised of serrano pepper, avocado, lime, honey, and coriander, and is presented alongside a paper bag of homemade white corn chips.

This Latin-themed eatery in Vancouver’s Downtown Eastside showcases a variety of modern Pan-Latin small plates (best enjoyed with one of the handcrafted cocktails on offer), including a trio of ceviche offerings. Diners at this industrial-chic spot have the choice between Lois Lake Steelhead Trout, Peruvian Diver Caught Scallop, and Albacore Tuna. 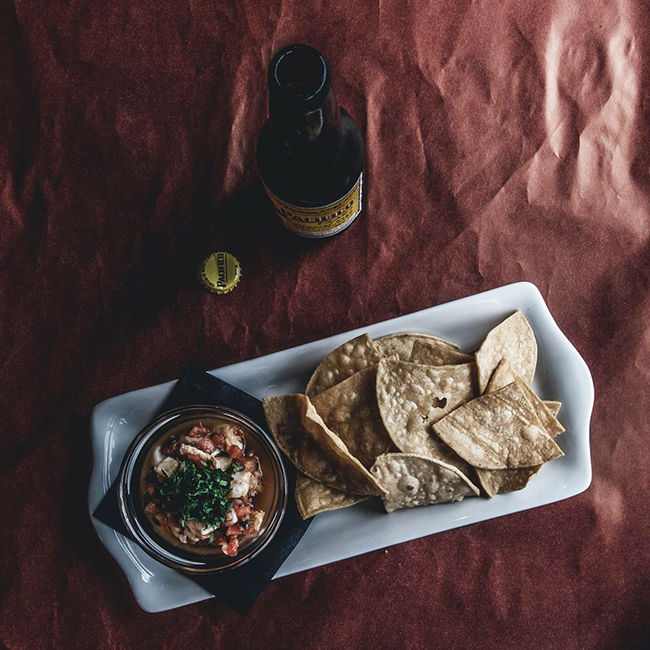 The menu at Commercial Drive’s La Mezcaleria is adventurous, refined, and features dishes inspired by traditional Mexican recipes. If snacking is what you’re after be sure to order a plate of the eatery’s ceviche, which has chunks of seasonal Ocean Wise fish, diced tomato, lime, red onion, serrano, and cilantro. Alternatively, request the Amigos Flight. As the name suggests the dish contains a flight of offerings, including ceviche callejero, octopus ceviche, and guacamole and pico de gallo. 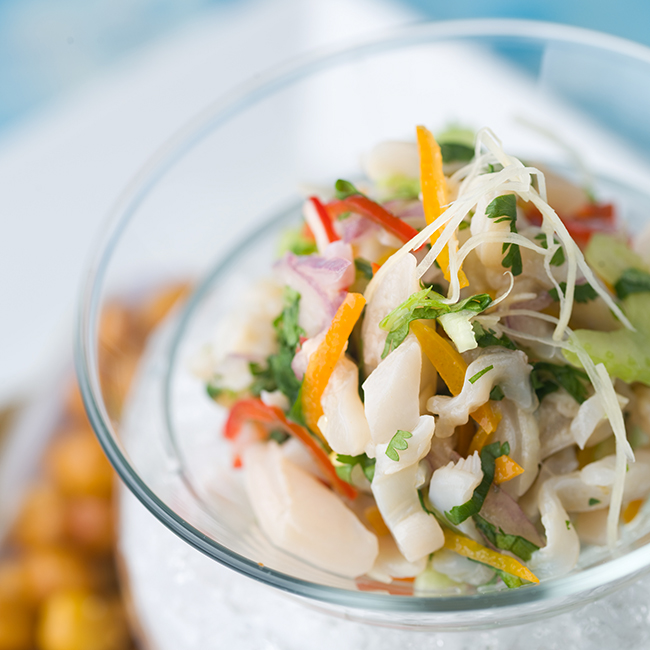 With a menu devoted to Pan-Latin fare, it’s not surprising that Point Grey’s Baru Latino offers a range of alluring ceviche dishes. For a more classic taste diners should dig into the the Shrimp and Halibut mix. Other spins include the Ecuadorian Red Ceviche (citrus marinated scallops, shrimp, and octopus in a roasted red pepper and smoked tomato mojo), and the Mexican Tuna Ceviche (cubed Albacore tuna with salsa fresca, raw tomato, red onion, jalapeno, cilantro, and lime juice). 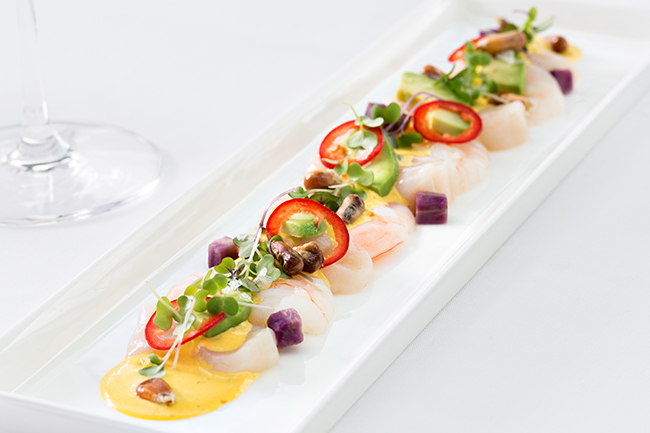 If you’re after fresh seafood, water views, and a refined menu be sure to hit up Ancora Waterfront Dining and Patio. Located along the seawall, upscale Ancora serves West Coast sustainable cuisine with distinct Peruvian and Japanese flavours. Three types of ceviche are available (all served with homemade cancha–toasted corn bits), each one as fresh and as tasty as the next. Variations include Scallop and Prawn, a seafood mix, and a vegetarian version.