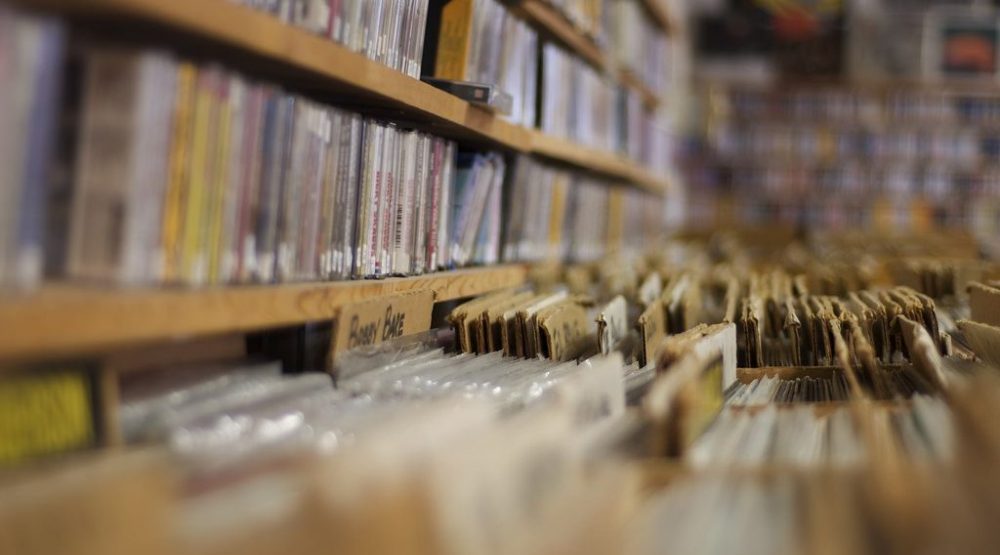 Fall is the busiest season for music lovers as artists scramble to release new material before Christmas (and that pesky end-of-September Grammy submission deadline).

It’s a crowded marketplace this year, but Daily Hive has you covered with our list of the biggest and best releases coming your way in the next three months. Dates and album titles are subject to change, and with heavy-hitters like Frank Ocean dropping “surprise” albums every other week, anything goes.

Why we’re stoked: Canadian cutie-pie Shawn Mendes garnered major media attention after performing cover songs on Vine three years ago, becoming the third-most followed musician on the app within just 12 months. He then scored a minor hit with debut album Handwritten in 2015, but Illuminate is destined to be the one to launch Mendes into pop music superstardom.

Why we’re stoked: The Boss has always been one of America’s most compelling storytellers, and he’s finally telling his own story with the release of Chapter And Verse, his remarkable autobiography. The highly-anticipated book will be accompanied by an album of the same name that features previously unreleased tracks like “Baby I”, recorded when Springsteen was just a teenager.

Why we’re stoked: It’s been a relatively quiet five years for Wisconsin’s most beloved weirdo. In 2011, Bon Iver (aka Justin Vernon) released the stunningly beautiful Bon Iver, Bon Iver which broke a million hearts and earned him two Grammy awards in the process. The unassuming superstar releases 22, A Million on September 30 and played the album live, in full, for fans at the Eaux Claires Music & Arts Festival earlier this summer.

Why we’re stoked: To paraphrase Benjamin Franklin, nothing is for certain in this world except death, taxes, and a brand new Pitbull album every year. Summer has come and gone, but expect radio airwaves to get muy caliente in October when he drops Climate Change. It’s the Miami rapper’s tenth(!) studio album and he’s enlisted the help of some very famous friends including Flo Rida, R. Kelly, and Bruno Mars to name a few.

Why we’re stoked: If you weren’t a fan of Green Day’s Uno, Dos, Tre trilogy, you’re not alone – even members of the band have disowned the doomed 2012 project (lead singer Billie Joe Armstrong said it had “absolutely no direction” and tried to be “prolific for the sake of it”). Even so, expectations for Revolution Radio, their twelth studio album, are sky-high and lead single “Bang Bang” has already topped Billboard’s Rock chart.

Why we’re stoked: Beck’s last LP, the Grammy Award-winning Morning Phase, was a major departure for the singer; so naturally, he’s changing things up yet again for his still-untitled album, due October 21.

Why we’re stoked: Kings of Leon have tried for years to be Coldplay, so it only makes sense that they’ve enlisted the help of the band’s producer Markus Dravs for Walls, their third studio effort.

Why we’re stoked: “Stoked” is a strong word when it comes to new material from Lady Gaga, so let’s just say we’re mildly curious about Joanne. Gaga has spent the last three years atoning for 2013’s ARTFLOP (sorry – ARTPOP) with cool side projects like that Tony Bennett duets album and a stint on TV’s American Horror Story. But the dreadful “Perfect Illusion”, Joanne‘s first single, has us wondering if The Fame and Fame Monster were simply flukes. We’ll know more on October 21.

Michael Buble – Nobody But Me

Why we’re stoked: No one is more excited for the release of Michael Buble’s new disc than Buble himself. “I don’t know that I’ve ever had this much fun working on an album,” he says of Nobody But Me, out October 21. The album features nine cover songs and three originals, one of which is a duet with Meghan Trainor called “Someday” that was co-written by 1D’s Harry Styles.

Korn – The Serenity of Suffering

Why we’re stoked: The Serenity of Suffering marks Korn’s triumphant return to Roadrunner Records, and has them working alongside megaproducer Nick Raskulinecz of Foo Fighters fame. The band performed lead single “Rotting In Vain” for the first time at the Chicago Open Air Festival in July, and since then the song’s video has already been viewed more than 6 million times on YouTube. So it’s sure to be a hit, right?

Why we’re stoked: Now if we’re talking bodies of work, Tove Lo has got a near-perfect one. Debut album Queen of the Clouds earned raves from critics and “Close”, her duet with Nick Jonas, was a smash hit earlier this year. Lo wrote or co-wrote all of the songs on Lady Wood including “Influence”, her steamy collaboration with rap star Wiz Khalifa.

Why we’re stoked: It’s been eight long years since Metallica dropped their Grammy Award-winning Death Magnetic, marking their longest ever gap between studio albums. The band has been working on Hardwired since 2011 and the deluxe edition will feature two discs of new material as well as a bonus disc of live tracks.

Why we’re stoked: The Weeknd is wasting no time following up the massive success of last year’s Beauty Behind the Madness. The star dropped out of the European leg of Rihanna’s tour to finish work on Starboy, out November 25, which sees him reunite with the producers behind 2011’s House of Balloons.