In the past couple of decades, it seems the only food that could be worse than airplane food is airport food. But the tables are turning towards a trend of airports really stepping up their dining options games. A recent ranking of best airport restaurants around the globe places one Vancouver spot at a respectable number five on the list.

The 35 Best Airport Restaurants list comes from The Daily Meal, who took a look at “existing rankings, like those of the Travel Channel, CNN, and Conde Nast Traveler” and combined those findings with feedback from “a selection of well-traveled chefs and food writers and polled [Daily Meal’s] own well-traveled editors,” to turn a roster of 100 to a trim list of 35.

[email protected], the award-winning fine dining restaurant at the Fairmont Vancouver Airport, has been ranked the fifth best airport restaurant in the world. The restaurant serves breakfast, lunch, and dinner, and is accessible from the airport; it’s located directed above the U.S. departures terminal. “Look for the elegant pedway linking the airport concourse to the luxurious lobby,” their website advises. (Noted!) 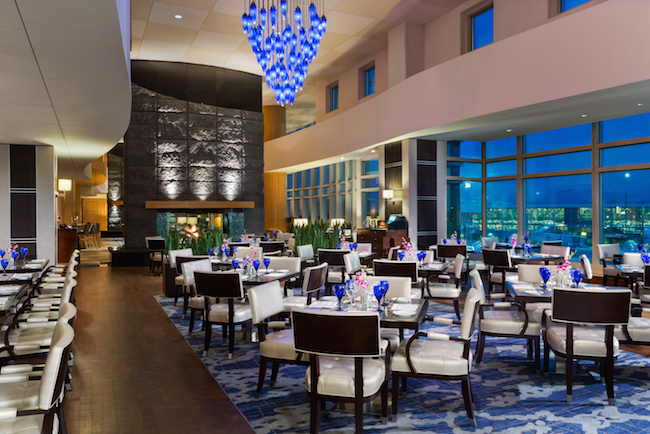 Daily Meal had previously done a list of top global airport dining spots in 2013, and since then, some world airports are really stepping things up (there are some notable changes going down at LAX when it comes to food). In2013, [email protected] ranked a humble 20 on the list of 35, so two years later a bump up to fifth place is remarkable.

Joining [email protected] in the 2015 rankings are places from Paris to Buenos Aires, from the more casual burger or rib joints to the full on white tablecloth, and some celeb-driven concepts, like LEE Kitchen by Susur Lee at Toronto’s Pearson International (No. 22)–the only other Canadian city to make the list.

Here is the full list of the 35 Best Airport Restaurants Around the World 2015: