A group of young, talented Vancouver comedians, the Benjamins is a force to be reckoned with. We had the chance to sit down with the four ladies and discuss their upcoming show/fundraiser “Cuba” to be held on Saturday with guests Amber Harper-Young, John Cullen, Lorax and The Shawn Norman Experience.

If each of you were a brunch item, what would you be?

Nicole Passmore: Sourdough toast. You think I should be plain and boring, but I definitely am not.

Ember Konopaki: Hashbrowns! No plates complete without them.

Kelli Ogmundson: Hollandaise sauce because it’s perfect on everything.

Rachel Smith: That’s easy – Hollandaise sauce, because it is decadent and necessary. 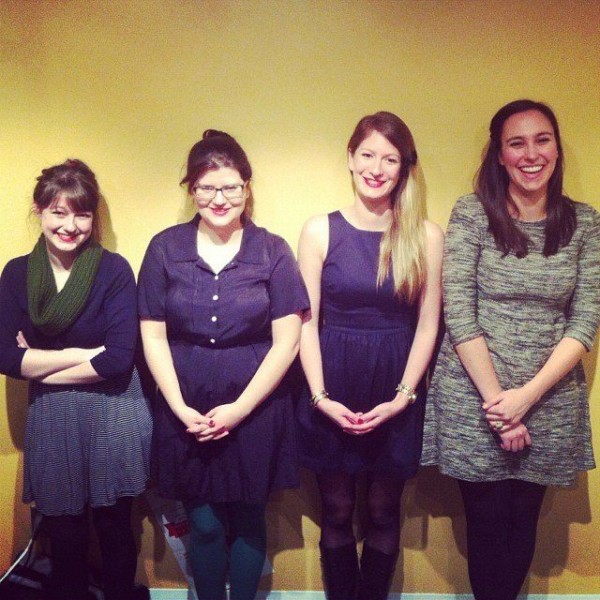 NP: Fake bacon. I’ve been a vegetarian for 12 years.

KO: Mimosas, but with pineapple juice instead of orange juice! My fave.

RS: Neither – obviously a gin Caesar, but I’m only in it for the garnish (that’s a lie, I love gin).

NP: Mimosas. Clamato juice is an abomination for sure, but champagne makes me feel like a real woman.

EK: Coffee. If you get enough top-ups you won’t realize you’ve had 6 cups of it. Best! 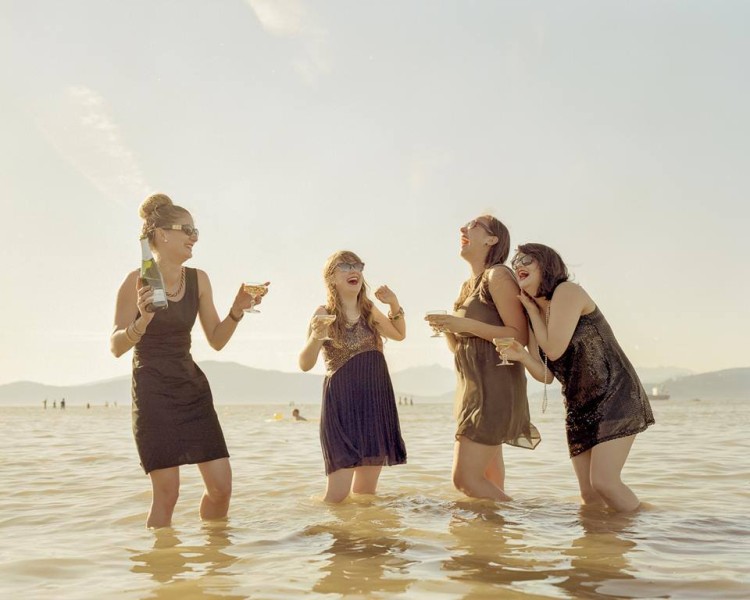 Tell us a bit about how the Benjamins formed.

Benjis are four best friends who enjoy making each other laugh on stage. We formed a few years ago under the name “Lady Benjamins” for the purpose of entering a competitive improv tournament. Since every show we played together felt like a magical sleepover, we continued performing, but we dropped “Lady” from our name since it’s mostly always evident that we are, in fact, four ladies.

What can we expect from the fundraiser on Saturday?

A great show and party vibe are equally very important to us! This Saturday we have two great standups who are killing it all over town (John Cullen and Amber Harper-Young) and two excellent improv groups. Great music, cheap booze and a few ridiculous surprises. Once we taped DVDs to the bottom of everyone seat to give away – a la Oprah giving away cars! Our banter will be charmingly awkward, but our set will be on fire.

As an improv group comprised solely of women, do you believe it’s important for female comedians to be equally recognized/celebrated in the comedy world?

KO: Duh. Women are so great. What I hate seeing is young comedians stop working because they don’t see enough representation out there. Luckily I have received a lot of encouragement from my peers and my wonderful pals from Benjamins.

NP: The more people see themselves on stage, the more they believe they can be on that same stage. That’s true for gender, ethnicity, age, etc. For me, it’s important to continue to push for more diversity on stage so the comedy community doesn’t get stale. We need different voices for diverse comedy. There needs to be a balance between highlighting difference and treating it as the norm though. Yes, I am a woman, but the more that fact gets treated as something other or weird or different, the harder it is to remind audiences that it’s normal to see a funny woman, and that we should see more of them.

RS: If you attend comedy shows around town, you will notice that there is a gender disparity on stage. There are not nearly as many women as there are men, and there exists a pervasive myth that there are not that there are not a lot “active” female comedians to choose from. This is untrue, and every time we perform, we subtly (and sometimes crassly or overtly) challenge that way of thinking. It is important for women to be equally celebrated and recognized in all aspects of everything, and comedy is no exception.

EK: Women should be equitably recognized and celebrated in the comedy world. I’m not a female comedian, I’m a comedian. It’s actually ridiculous that most women in comedy could tell variations of the same terrible stories however rather dwell on that I try to fight it by celebrating all of the wins we get. And there are a lot of winning women right now – in all levels of comedy! 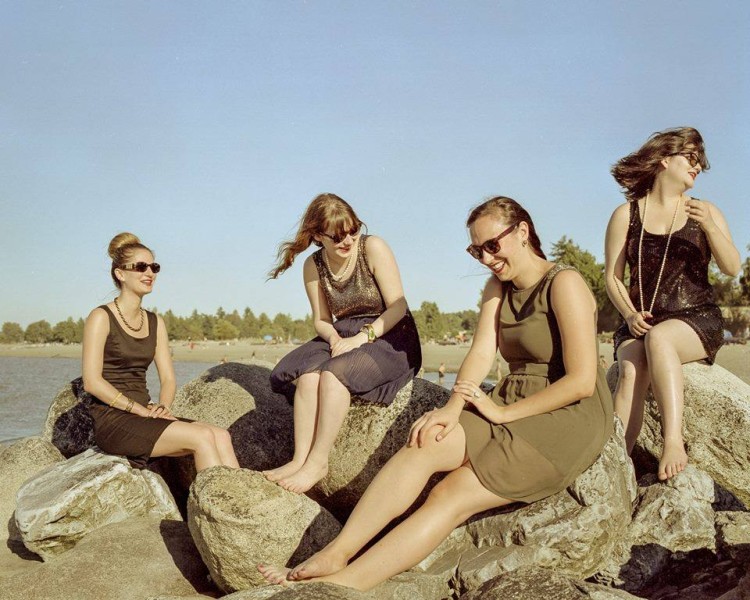 EK: At a real brunch, you haven’t showered.

KO: It ain’t brunch unless the stories get weird. Also Hollandaise on everything. Also, one time we had brunch for six hours at Caffe Barney. We just wouldn’t leave!

RS: Always order eggs benny or you are blowing it.

NP: Always get a hot drink and a cold drink. Get a sweet and a savoury if you can. And always brunch with people you love. Brunch is the most perfect when you have a mix of all the best things.

What’s next for the Benjamins?

Nicole is returning to Toronto so our Benjamins shows will be infrequent! We have a few festivals coming up in the fall and, of course, we’re going to Cuba on vacation in January!