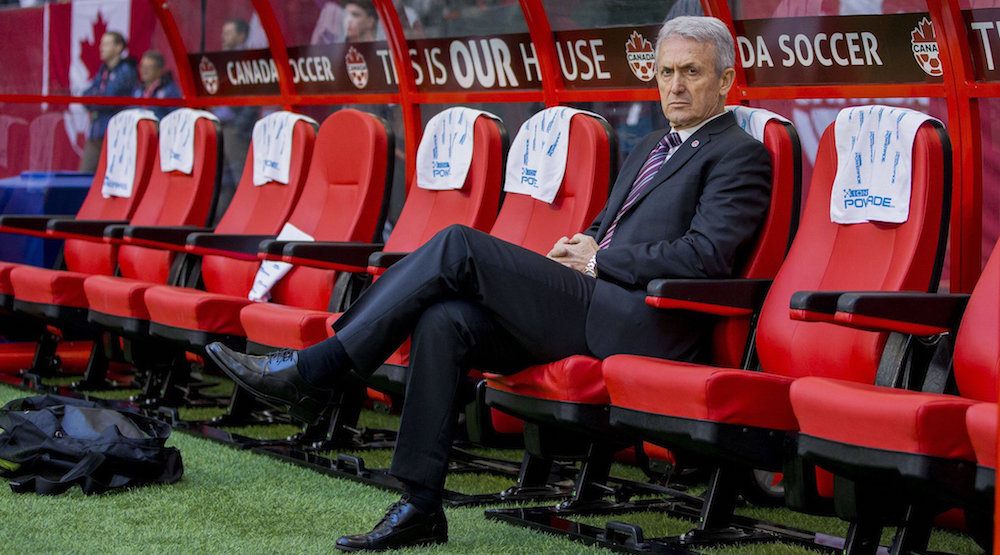 After failing to qualify for the final round of World Cup qualifying, Canada Soccer has announced that Benito Floro will not return as head coach of the Men’s National Team, as the organization has chosen to not exercise their option to renew his contract.

Floro took over as the national team head coach on July 3, 2013. The former Real Madrid manager certainly accomplished some things in his time with Canada, but ultimately will be remembered for failing to get his team to the Hex.

“We would like to thank Benito Floro for his professionalism and integrity during his tenure as head coach,” said Victor Montagliani, Canada Soccer president. “Moving forward, we will build on our momentum and continue to focus the organization’s resources on maximizing the team’s performance.”

Floro coached 30 international “A” matches for Canada, posting nine wins, 10 draws, and 11 losses. He led Canada to its lowest goals against average (0.43) and longest shutout streak (564 minutes) in program history in 2015.

“I would like to thank Canada Soccer for the opportunity to lead the Men’s National Team Program for the past three years,” said Floro. “The organization’s support for the program has been formidable and will lead to strong results in the years to come. We have a talented group of dedicated players that have a bright future and I wish Canada Soccer all the best for success.”

During Floro’s tenure, a number of players chose to play for Canada over other countries, which was a nice departure from the previous trend. Junior Hoilett, Scott Arfield, and Steven Vitoria all chose the maple leaf, which was a boost for the program.

The Spaniard has been criticized for his team opening up too much in Canada’s home game against Mexico in March, as well as the team’s inability to hold on to a lead against Honduras on the road earlier this month.

Canada Soccer will begin a search for a new head coach and while there have been some whispers in soccer circles that the program should hire a Canadian, Montagliani indicated that all nationalities will be considered.

At Floro’s final press conference following Canada’s 3-1 win against El Salvador, he listed not having a professional domestic league as an issue with regards to developing talent. Canada does have five professional teams, and Montagliani said he is working towards Canadians counting as domestic players league-wide in both the MLS and NASL, which would help keep Canadian players close to home.

Despite failing to qualify for the Hex, there is some momentum building with the program. Attendance in Vancouver for the last round of qualifying matches was impressive, with a total of 95,632 fans attending three matches in the past calendar year.