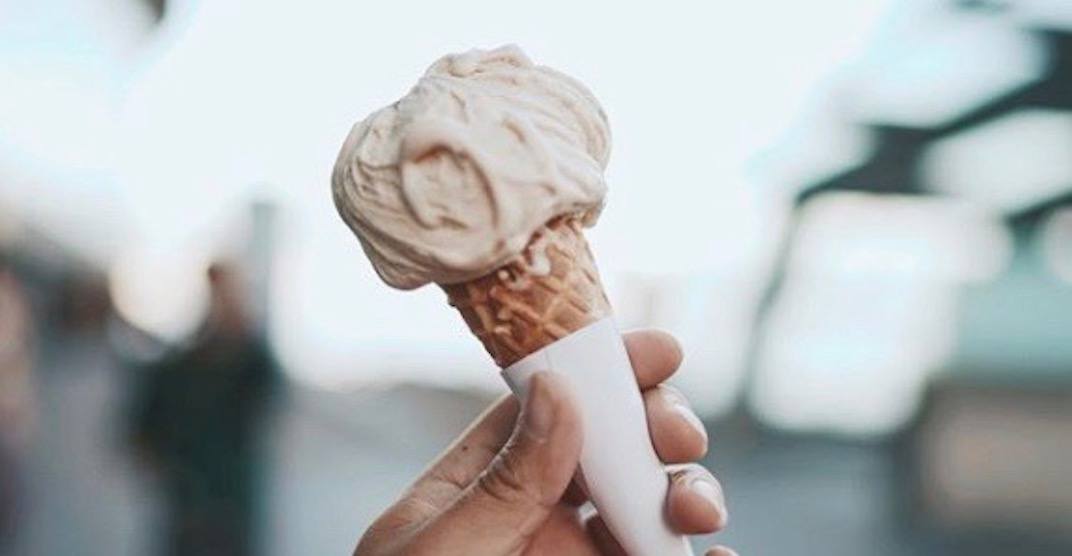 That’s what the team of Bella Gelateria is aiming for in 2018.

After a rollercoaster ride of bidding, sales, and media attention, the award-winning gelato shop is re-focused and excited about moving forward this year, all under the guidance of their new owner, successful entrepreneur and businessman James Wang.

While Wang is focusing on expansion and growth (we’re told there’s a new Bella location coming to downtown Vancouver this year), Gelato Masters Andrew Bermudez and Eric Dorval are excited to get patrons excited about what matters the most – the product.

“We’ve been trying to create gelatos that are a bit more difficult to make in order to show the standard is still high,” said Dorval, who’s worked at Bella for over a year.

Bella’s gelato is made using the Avalon organic milk, and the freshest and most premium ingredients you can buy. Clearly, there’s a lot of thought and effort that goes into every $6.50 cup of gelato from this West Pender Street spot.

“Although the changes happened, we can’t forget Andres has ten years of experience in gelato, I have five, I also went to Italy to train, he’s done the equivalent of the course in the States,” said Dorval.

So what’s in store for the Bella team other than a new Vancouver location? The team has been eyeing some additional potential expansion opportunities south of the border, and the makers also plan on jumping back into gelato competitions.

There are also local collaborations in the works – Central City, a nearby winery, and some local bakeries – which will surely pop up at the many festivals and Vancouver celebrations they plan to take part in this spring and summer.

“We’ve been creating new flavours, adding to our profile and selection, still maintaining the elasticity which lets us shape our gelato, giving it that cool, funky old world look that’s presented in our logo,” continued Dorval.

So expect the storefront to get a bit of a makeover, with a design that reflects a new era for Bella and their talented team.

“We want to look at bringing a vibrant energy back,” said Megan Smolik, Bella’s Retail Manager. “We’re excited to show people what we’ve been working on.”