Bell Let’s Talk Day is today, January 27, and here’s how you can contribute to ending the stigma around mental health:

For one day each year, Bell encourages everyone across Canada to talk about mental health online, offline, and within themselves. For each tweet and text message sent, mobile and long distance call made, and share of the Facebook image, Bell will donate five cents to mental health initiatives across the country.

It may not seem like a lot, but the pennies add up. Last year’s one day event raised $6,107,538.60 for various mental health organizations and non-profits.

But still, $6.1 million is not nearly enough. Mental health problems and illnesses cost the Canadian government $50 billion per year, not including associated costs in the criminal justice system. Among individuals, $42.3 billion was spent in Canada in 2011 for treatment, care and support services for people with mental illness.

“We turn up the mental health volume on Bell Let’s Talk Day, letting all those who struggle know they have our support and can reach out for help without fear. At the same time, Bell increases its funding of Canadian mental health programs with each message of support you send,” said Clara Hughes, Canada’s 6-time Olympic medalist and national Bell Let’s Talk spokesperson since its launch in 2010.

“I am so excited to be part of the incredible journey to making Canada a nation free of the stigma around mental illness. As we begin the next 5 years of our mental health initiative, I invite you to join me on January 27 to take the conversation further than ever before!”

#BellLetsTalk on Twitter was the second most popular hashtag in Canada in 2015, after the Federal Election, and was the number one trend on Twitter worldwide last year. Thanks to support like that, some 450,000 people have already received mental health treatment through a Bell Let’s Talk-funded program since 2010.

Helping end the stigma is one way to support better mental health in Canada. Add your voice to the conversation today and begin breaking down the barriers. 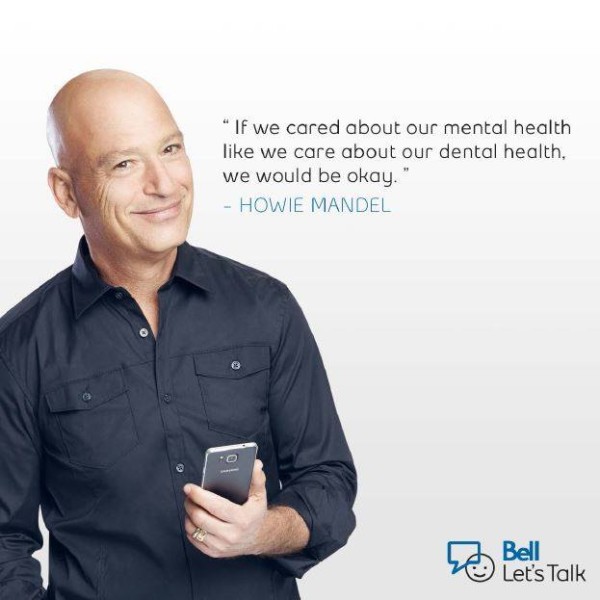 Take part in Bell Let’s Talk Day and Bell will donate five cents for every: