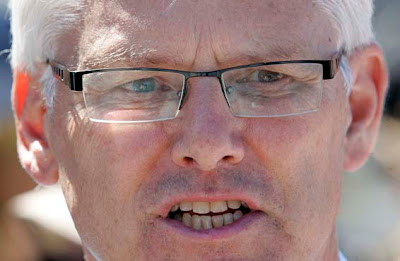 With all these recent announcements being made by the Liberals these days I can’t help but think an election might be coming up soon.

Yesterday good old Gordo threw a whole bunch of money for housing, education and safety, all one time NDP strongholds. The amount of cashola is $800 million to be exact, I guess that should quench the thirst of the bloggers/APC in the city who are the defacto leaders of the homeless brigade, all the while living in Gastown blogging on their laptops. Egregious.

Further, with Carole James being the lame duck leader she is why would one throw their support her way. Unless of course you’re a lazy union fuck then of course you’ll be voting for the New Depression Party.

Oh yeah and ditto for teachers who don’t actually want to teach and just want to get paid more. Last time I checked you only work 9 months out of the year and don’t complain about staying after hours to do work. That is what is expected of you when you are salaried, if I cried everytime I stayed afterwork without extra compensation I’d be out on the streets or working at McDonald’s. Shut the fuck up and get back to teaching the future. As a student I can think of many great teachers who never complained and I learned quite a bit from them. The complainers were the ones that couldn’t teach worth shit! Get them out of the system and bring in qualified people who CARE.

“Every job counts, and the almost $800 million we are putting to work on infrastructure projects will create over 4,800 jobs in communities across British Columbia,” said Premier Campbell. “We’re creating jobs, we’re also creating new homes for the homeless here in Vancouver and in other communities, and we’re building other critical infrastructure such as schools and correctional centres.”

The Province is investing more than $172 million in housing projects on six sites in Vancouver. Non-profit societies have been selected to manage the 569 units.

“Our goal as government is to create the supports and services people need to be successful in life,” said Minister of Housing and Social Development Rich Coleman. “Building these projects not only provides the housing people at risk of homelessness need, but also provides a boost to our economy.”

It’s estimated that up to 1,100 direct construction jobs will be created through the construction phase of the new Vancouver housing.

A total of 113 infrastructure projects across B.C. are included as part of today’s roll-out of $793 million in investment:

· $8 million and an estimated 50 direct jobs for nine projects to support the work of the Ministry of Children and Family Development.

These projects are part of the Province’s three-year, $14-billion capital infrastructure program that will create an estimated 88,000 jobs and build vital public infrastructure in every region of B.C. The details of regional projects will be announced in the weeks ahead.