Vancouver is widely considered one of the most beautiful and reputable cities in the world by everyone from the polite locals to the most seasoned of tourists, but chances are right now your not enjoying Vancouver to the extent you could be.

Although the tasty food and extravagant city parks are pleasing to the eyes, you cant say you’ve really experienced Vancouver until you’ve let your legs run free on the North Shore trails.

Whether you are flying down a steep and technical descent or cruising on up to one of many superb peaks, trail running in Vancouver is at a premium. It is common to hear high level racers from all over the world speak of how unique and “unlike anything else” our beloved North Shore is.

With entry level races happening on a weekly basis, and a friendly running community eager to expand its demographic, it is about time that Vancouverites took advantage of the gorgeous trails at their disposal.

Maybe you are already convinced and eager to make your start on the trails, but are simply unsure where to begin!

Have no fear; follow these five simple steps and you will be out there enjoying the trails in no time.

How to get started 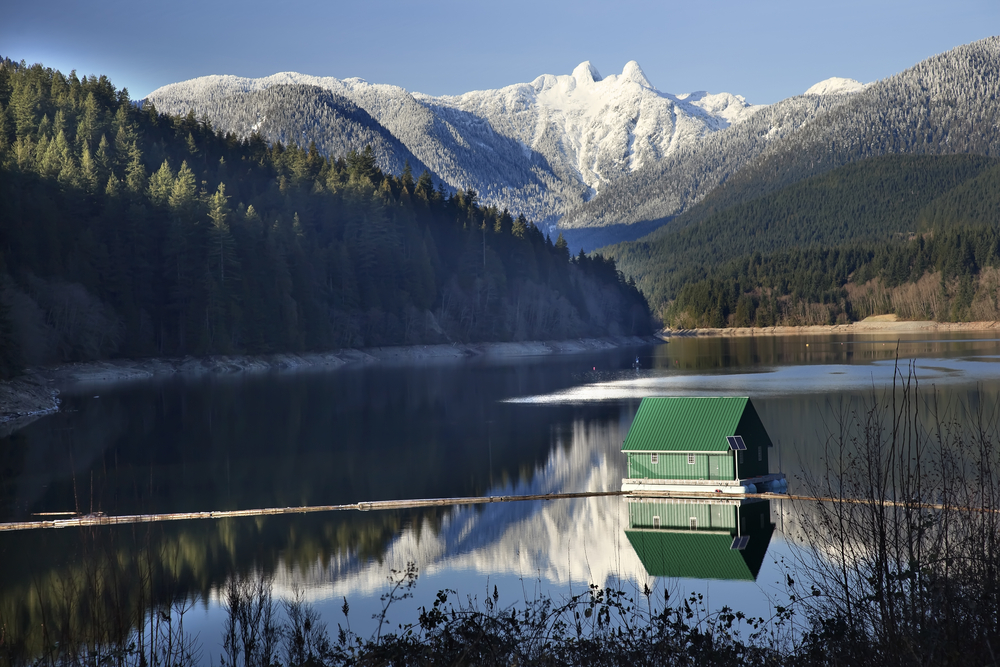 Before one delves into the plethora of gear, races, challenges, and debatable ethics akin to the trails, the most important thing to do is pick up a map, study it, and decide where exactly you want to run. It doesn’t matter how fancy your gear and footwork are if you never put either to the test. Luckily, there is no shortage of quality guidebooks and maps to help you out with your quest for adventure on the North Shore Trails; here are my top two recommendations. 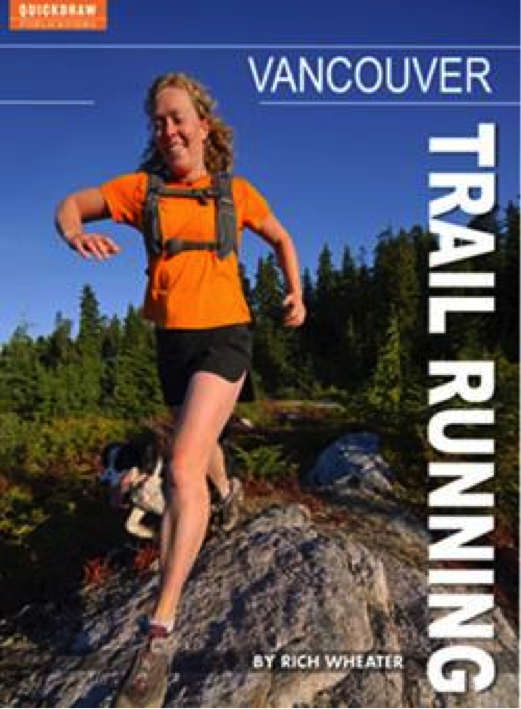 If you are someone that wants clever explanations and writing to accompany and explain the many trail systems, then this book is for you.

Rich Wheater put a serious amount of work into making this eye pleaser of a book easy to use and fun to read. The maps are colorful and easy to follow, and there are even step by step descriptions of the most recommended trails and circuits to run.

Pick up a copy at Mountain Equipment Co-op or North Shore Athletics for $29. Alternatively it can be ordered online here. 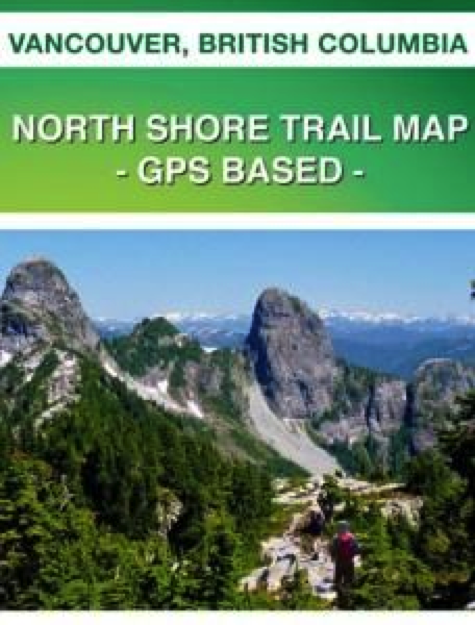 This GPS map does not have any explanations, but it shows the entire North Shore trail network on a single map – an invaluable feature. It is fantastic for giving you a sense of where things are and planning out longer runs. With plenty of trails that you wont see on any other map, this one is definitely worth the price of $15. Pick it up at MEC!

You certainly do not need a map to get yourself out there, and there are alternative options such as Strava and Google Maps that will do the same free of charge.

This guide is about getting yourself out onto the trails quickly and safely, the two outlined options are simply the most effective at doing so for the cautious beginner. Without a map or extensive knowledge of the trail network you are bound to get lost, don’t let it happen! 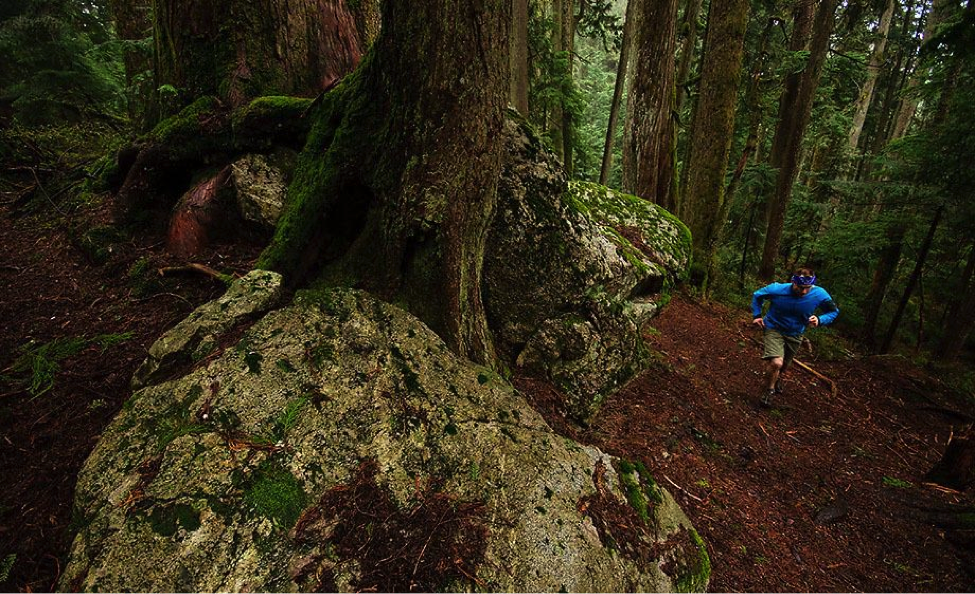 Surprisingly, this is the most difficult barrier to overcome for the beginner trail runner in Vancouver. There are many a story of people who are eager to run the trails, but simply unsure where to go and far too nervous to give it a shot.

GET OVER IT! Once you pick up a map, study some specific trails you would like to run and make time in your busy schedule to get it done. Convince your friends to join you on your quest for adventure and bring music with you to make everything that much more epic.

There have been many articles and opinions already published containing lists of the best trails to get you started. Here are a few links to get your mouth watering:

Anybody with a keen eye may have noticed that these lists refer to each outing as a “hike” rather than a trail run.
In Vancouver, given the steepness of the North Shore mountains, it seems that hiking and trail running are a pair of interchangeable words. Fear not, if the trail is very steep there is nothing wrong with *gasp*, power walking.

The point is to get outside and explore, not to fret about such frivolous technicalities; the reality is that some trails are easier to run than others, some sections are very steep while other sections are flat.

Either way its a bloody good time spent outdoors, so suck it up and go see what your capable of! My personal recommendations are: 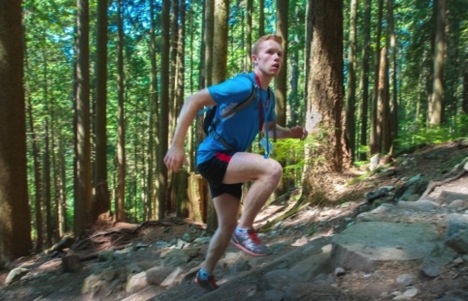 Tip: When starting out stick to out and back runs rather than cumbersome loops. The likelihood of getting lost at the beginning of your trail running career is high; by simply retracing your steps when you decide enough is enough you can be sure you will make it back safely to your starting point- unless of course the North Shore yeti snatches you first!

When you are starting out, you want to get yourself a pair of runners with much more grip on the sole than a normal road runner. This is especially important for the muddy and steep nature of the North Shore trails.

Aside from that, there is little gear difference to that of trail running’s long lost cousin, road running. Head on down to your local running store and ask for a trail specific shoe if you are feeling serious, but chances are you already have something in your closet that is plenty good enough to get you started. 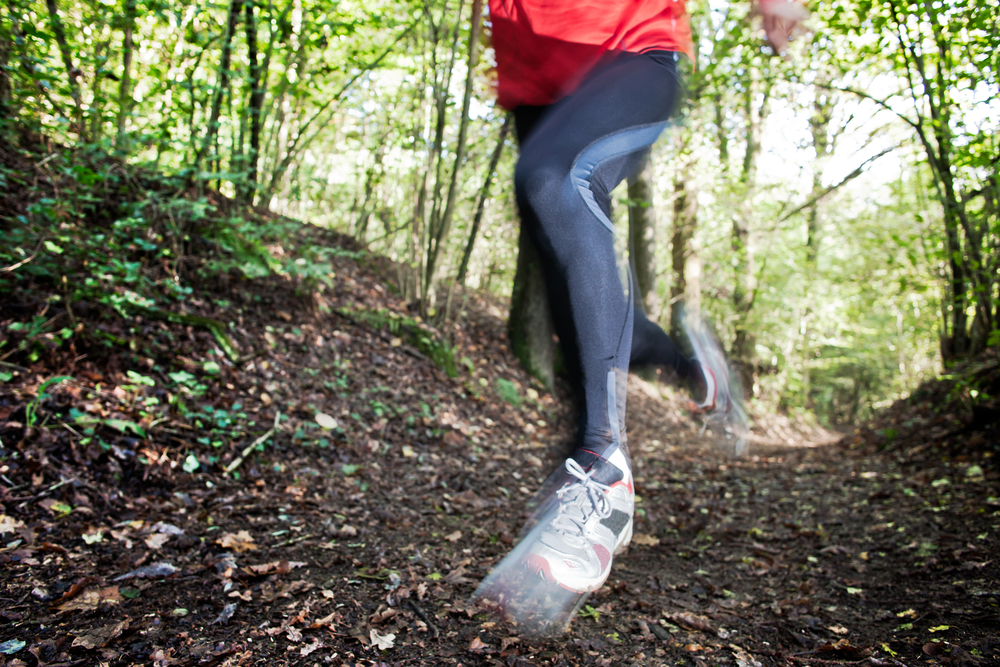 On runs exceeding 20 kilometres or 2 hours in length, it is a good idea to take food and water with you.

Personally, I recommend drinking from streams and stuffing gels and bars into the pockets of your shorts to stay minimal, but some people love the security of an ultra-vest that holds everything they may need in case of emergency. These are not what most people would consider backpacks; they are form fitted and super comfortable to allow you to run unappeased.

The absolute “piece de resistance” to any modern day trail runner is the GPS watch. It gives you all kinds of information on the go and allows you to upload your run to view where you went and plenty of other statistics.

Before you shell out 300$ for a shiny new watch, I recommend you download the app Strava. It does everything a gps watch does for free (if you already have an iPhone that is). 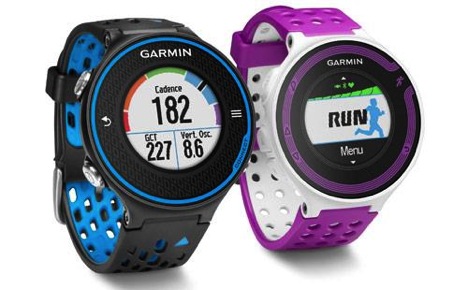 It is completely normal to feel hungry during your run. That is your body telling you that it is running out of energy, and in dire need of replenishment!

It is important, however, to stick to foods that are easily consumed, easily digested, and efficient at refilling energy stores. 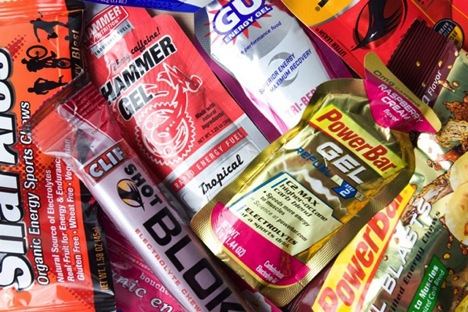 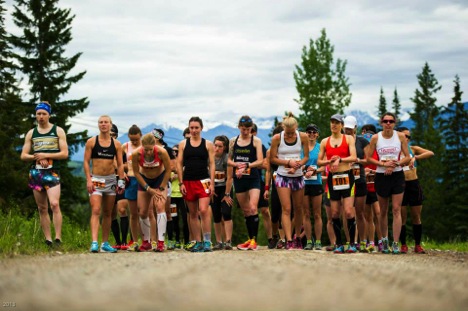 Despite popular misconceptions, you do not have to be an elite athlete to enjoy yourself on a weekly basis at trail running races. In fact, I recommend to sign up for races right away to help commit to your new found passion.

This Saturday, July 26, is the annual 5 Peaks Cypress Mountain Race. With two fantastic new courses designed specifically for this year and a bumping community of eager trail runners, there really is no better event for a first time racer. Sign up here for either the 6 kilometre sport course or the 12 kilometre endurance course and use the coupon code “getoutside” to save 5 dollars off your entry fee. Registration closes thursday and spots are limited, so act fast!

Vancouver is very lucky to have many dedicated race coordinators that strive to make the experience as enjoyable as possible.

Here are two very popular trail series and a list of their respective races to help get your race schedule filled in.

5 Peaks Running Series
5 peaks has been on the Vancouver trail running scene for a long time and the popularity of its races are evident. Every event offers a short course and a long course of roughly 6 kilometres and 12 kilometres respectively.

A full list of upcoming races can be found here and listed below. 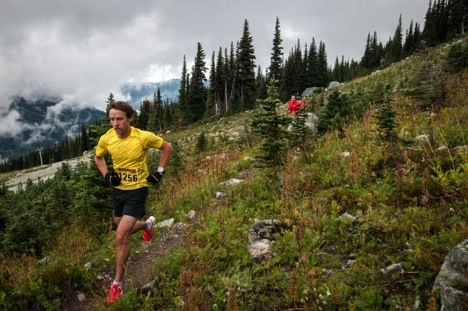 Coast Mountain Trail Series
CMTS is a newer trail series that has taken Vancouver by storm. Organized by one of Vancouver’s most dedicated trail runners, Gary Robbins, the courses are beautifully marked and designed for various levels of runners.

A full list of upcoming races can be found here and listed below. A word of caution, the remaining three races in the series are not for the faint of heart! 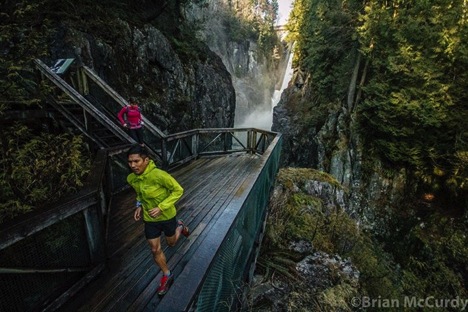 Step 5: Stop Worrying About Nothing

There is no need to quarrel over training strategies and mindless logistics unless you are competing at a significant level or you have been running for a long time. Over worrying will take the fun out of trail running faster than an exposed root will knock you too the ground.

Life is inherently short, and at the end of the day it is not about how far or fast you can run. Each and every outing should leave you giddy with excitement and hungry to return once again. Run with people you enjoy being around, good company will make any adventure all the more worthwhile, and if music is your thing, pop in some ear buds and jam out to your favourite tunes.

So there you have it, a simple guide to allow you to take over the North Shore trails by storm. Turn off whatever device you used to read this article and go out for a run, the rest will be recorded in history!

Written by Oliver Bibby, a trail running enthusiast and the Grouse Grind record holder for completing the most climbs in a single day (sixteen times in one day to be exact). He also writes his own blog at http://oliverbibby.wordpress.com.