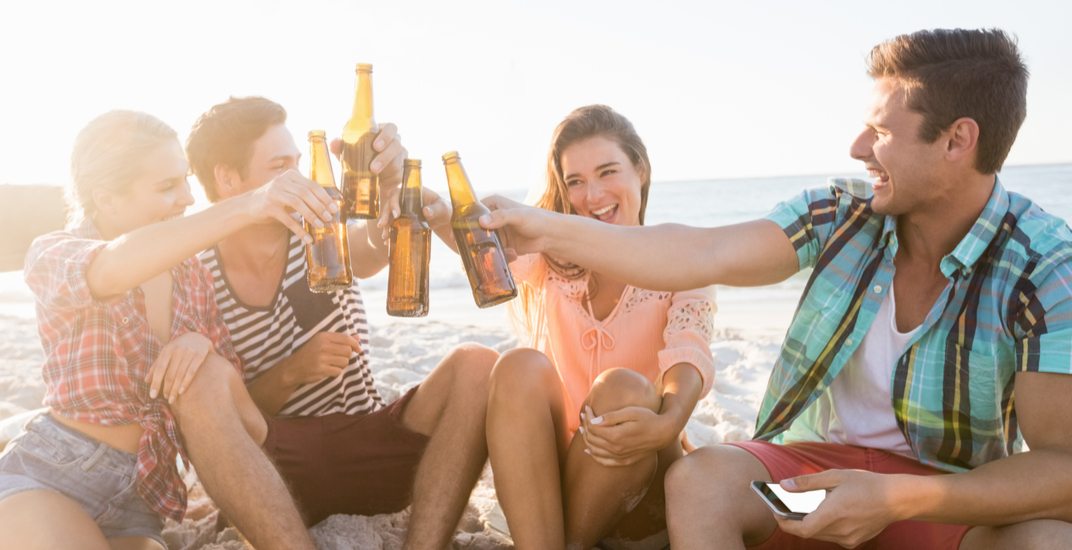 A beach and a beer. A lake and some liquor.

Many people enjoy combinations like these during the hot summer months in Vancouver and throughout BC.

And while provincial liquor policies allow for alcohol consumption “under certain circumstances” at least one group is hoping to bring everything more out in the open.

This Sunday, they’ll be taking their plea directly to the public through their planned Beer on the Beach Picnic Protest.

The group is inviting anyone who supports the vision to join them at English Bay between 12 pm and 2 pm for the event.

“We’ll be the ones in the CAMRA shirts, and will keep you posted of our location and status in the event comments,”  organizers say on Facebook.

The event is being billed as family-friendly.

Organizers also specify that “there will be no beer for sale or supplied to anyone at the event; but some of us will be bringing a beer to drink responsibly at the event as a form of protest.”

Snacks and non-alcoholic beverages will be for sale by donation.

Attendees are expected to behave “intelligently and responsibly,” organizers add.

“We will be notifying the Vancouver Police Department and they can choose to send officers to oversee it if they so choose. The executive team will be present to ensure that things don’t get out of hand and that we leave the place spotless.”

Essentially, the event is “an opportunity for responsible drinkers to show to the local government that they can enact these bylaws and not be afraid of what the population will do.”

The group adds that while they recognize the open consumption of alcohol in a public place is still illegal, “it is our hope that in being transparent with the police department and working with them they will see that we mean no harm and are simply looking to evolve the scene for consumers across the Lower Mainland.”

Beer on the Beach – A Picnic Protest