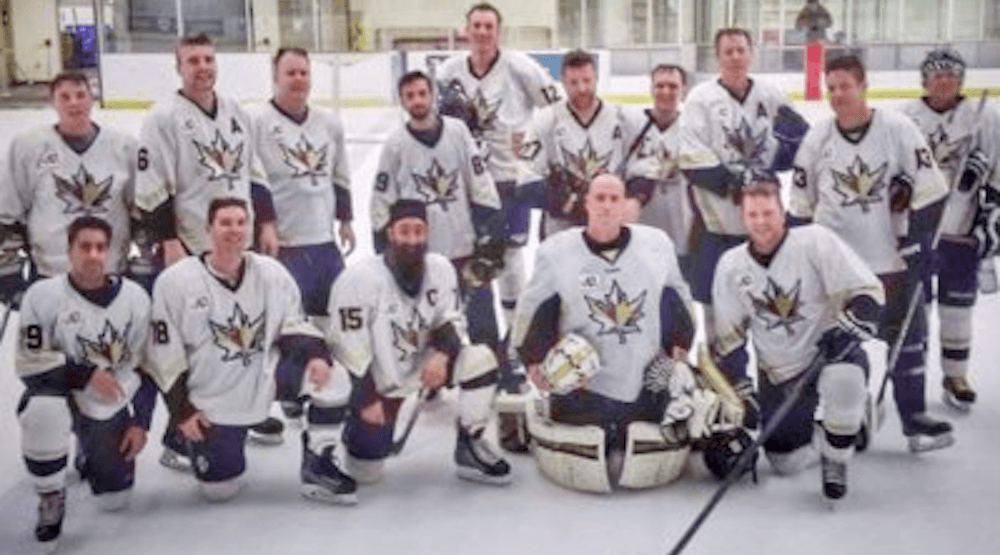 After finding out the news that NHL players will not participate in the PyeongChang 2018 Olympics, Kyle Kemp had an idea.

“Why not us,” we assume he thought, as he crafted a letter to Hockey Canada president Tom Renney.

Kemp is offering the services of his beer-league hockey team, known as The Canadian Citizens.

Though the team finished in seventh place in Division 9 of the Winsport Canada Hockey League this season, they feel like they’re “ready to make the jump.”

The team of 18 players (five short of an Olympic roster) is a little long in the tooth, ranging in age from 24 to 58.

But what the team lacks in age, ability, and conditioning, they appear to make up for in cost savings, as the Calgary-based team is only a short drive to Hockey Canada’s headquarters. 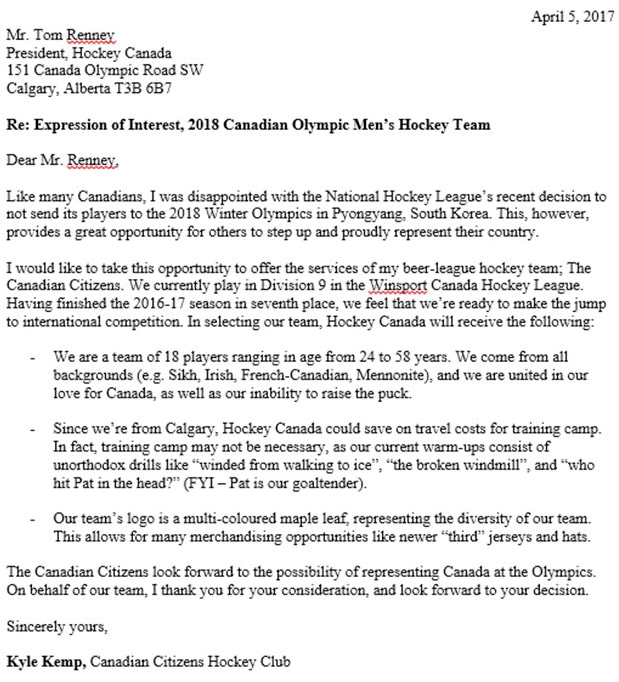