Beer cocktails are a refreshing way to imbibe, and are popping up more frequently on the drinks menus at Vancouver bars and restaurants. Here are six great beer cocktails you’ll find around Vancouver that are worth raising a glass to.

A shandy is a great intro-level beer cocktail, since it’s really just adding beer and a mixer. Beginners (or well-initiated fans), head to the Bitter Tasting Room where you have your choice of a Shandy or Bitter Shandy, where you can pair lager or draft beer with either 7Up or ginger ale. 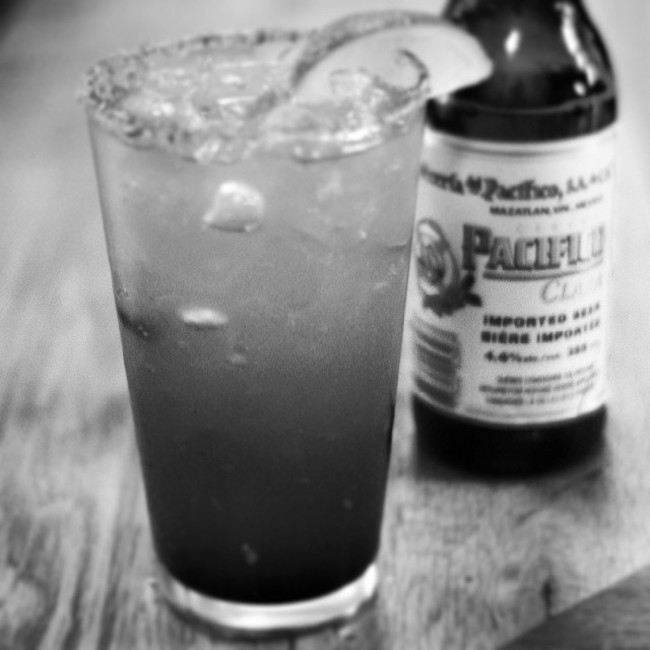 The Michelada is a classic Mexican drink that combines beer and Clamato juice–it’s sort of a way south of the border take on Canada’s Caesar. At La Mezcaleria they make their Michelada with Pacifico beer, petroleo, salsa huichol, cilantro, clamato, and a tajin rim. They suggest you add a shot of Oro Mezcal, and, hey–they’re the experts here.

Vancouver’s new kid on the seafood-centric block is Supermarine, where at the bar they’re serving up what’s called a Saint Nick, a beer cocktail made with bourbon, Amaro Montenegro, Ramazotti, lemon, and pale ale. 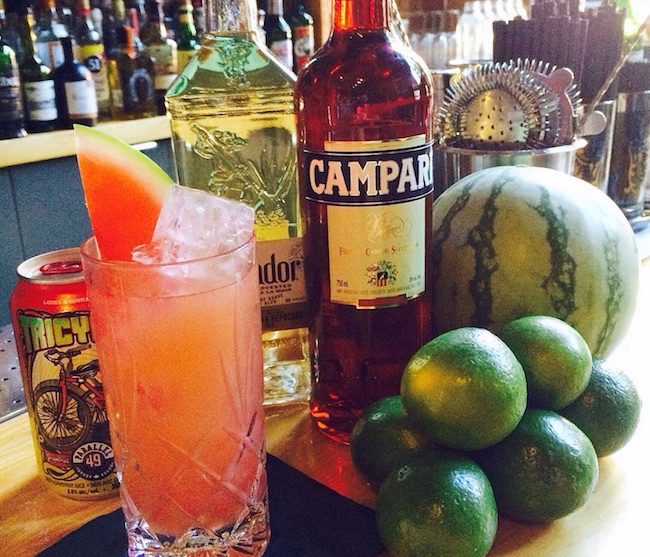 Gastown’s L’Abattoir is one of two drinks on the list that uses Parallel 49’s Tricycle, a seasonal grapefruit radler. The P49 Tricycle pours like a grapefruit juice, and the flavour carries through the drink. At L’Abattoir it goes into a cocktail made with watermelon infused tequila, Campari, fresh lime juice, and agave nectar.

Here’s the second drink on the list that makes good use of P49’s summery grapefruit radler. The Turbo Radler at Central City’s new Red Racer Pub on Beatty in downtown Vancouver is a medley of Seraph vodka, Red Roof cider, and the aforementioned P49 tricycle.

Vancouver craft distillery Odd Society has a fun tasting lounge, where at the bar they not only showcase their artisanal spirits, but also drinks that meld the best of what they do with what other terrific local producers are up to. That includes local craft breweries, and it’s a Driftwood White Bark Witbier that puts the beer in their beer cocktail, Odd Couple (pictured at top). Belly up to their bar, or be brave and stir one up for yourself at home; they’ve generously shared bartender Kylie Bartlett’s recipe with us.