By now, we’ve mostly accepted that moisturisers and serums aren’t going to turn back the complexion clock. For significant, visible, fast and lasting results, you need to go to your dermatologist for (expensive) clinical-strength skincare and aesthetics procedures.

Or so we thought… And then along came the Tria Age-Defying Laser (read about it here and here) and a whole torture chamber full of devices that supposedly zap away innumerable skin problems.

The latest crop includes anti-ageing devices and cleansing brushes such as the latest Clarisonic. There’s also a skin scraper and home hair-removing laser. My current favourite, a humidifier from local brand Saje, isn’t really a beauty gadget at all, but it’s made such a difference to the hydration levels of my skin.

I’m looking for a new cleansing device and I’m swithering between this and the new Clarisonic Smart Profile. Both use ultrasonic technology to remove grime, but instead of a brush, this one is a sort of scraper. First, you wash and rinse your face, then dampen it again. You then place the device’s tip against your skin and move it upwards, wetting your face if it becomes dry. It vibrates at high frequency, which agitates the dirt and blackheads out of pores. It’s easier to keep clean than a cleansing brush – no bristles to trap dirt. It also has an infusion setting, where you flip over the device and it’s said to help push serums into skin. 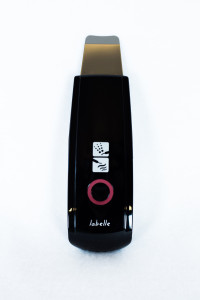 US$149, available at Trophyskin.com

A moment’s silence now for my dear old Clarisonic Mia, which recently went kaput after several years of sterling service. I am so tempted by this. It’s more adaptable than the previous versions – you can turbo-boost the power level for particularly grubby bits. It’s smarter – the device behaves differently according to which brush head you’re using, sot it’s nice and scrubby with the body or foot brush and gentler with the face. The brand says it’ll get your face cleaner too – other Clarisonics claimed to remove dirt six times better than using your hands, while this one supposedly works 11 times better. Other new features include a longer battery life and an alert when it’s time to change the brush. 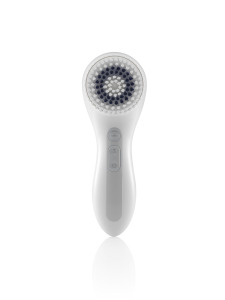 $299, including one face and one body brush, at Sephora and Clarisonic.ca.

Water evaporates from our skin all the time, but it’s worst overnight, which is why some people complain of itchy skin while they sleep. It’s even worse if you have the air-conditioning or central heating on because both remove moisture from the air. The antidote to that? Slather skin in a serum that has hyaluronic acid (it attracts moisture to skin), and invest in a humidifier. I especially like this one from Saje because it looks good, you can add essential oils to it, it’s extremely quiet and it’s also easy to clean. Because it releases a fine, cold mist of water into the air, it doesn’t leave the room feeling boggy and oppressive, as some humidifiers do, and it’ll work for up to 20 hours, switching itself off when the water reservoir is low. 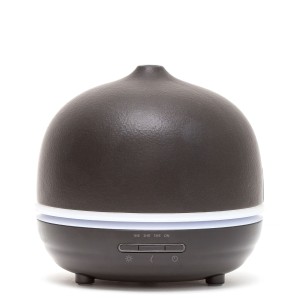 Hair-removal is time-consuming, boring and sometimes painful. I wish I could opt out of the whole shebang, but alas, I don’t have the confidence to wear my feminist beliefs on my armpits. Laser hair-removal offers a long-lasting alternative; home devices have been round for a while, but Tria’s is getting lots of attention and awards. You use it every other week for three months on clean, shaved skin and it’s safe for virtually anywhere that hair can grow, including legs, arms, bikini line, underarms, chin and Hobbit-y toes. It’s said to reduce hair growth permanently, but is not recommended for eyebrows or men’s beards, and doesn’t work well if you have darker skin or lighter hair. Tria also makes an acne-treating blue light device which is getting lots of hype right now. 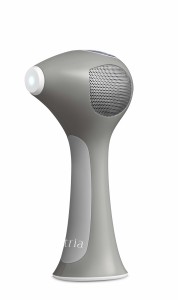 A regular dental scale and polish will remove stains from the surface of teeth, but getting them Hollywood white requires bleach. That means a pricey trip to the dentist, or whitening strips that can take time to have effect and be painful to gums. This device uses similar technology to the professionals – hydrogen peroxide (aka bleach) that’s activated by blue light for faster results. You use it for 32 minutes a day, in four eight-minute sessions, and it has a mouthpiece that supposedly keeps the bleach away from gums. The gel is six per cent hydrogen peroxide, significantly lower than an in-office treatment, so you won’t get the same effect from a single session. On the plus side, once you have the device you can whiten as often as you like in the privacy of your own home. The device comes with 40 applications of gel. Refills of 40 applications will set you back $54. 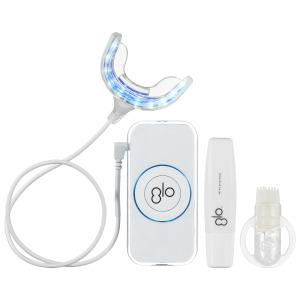 $264, exclusively at Sephora and sephora.ca

Microcurrents (weak electrical currents) have been used in spas for decades. The theory is that they tone muscles, and also stimulate production of collagen and elastin, for firmer skin. Celeb fans of microcurrent treatment include Kate Winslet and J-Lo. NuFace Trinity is probably the best-known home device. A five-minute treatment is said to improve facial contours and make the face appear more toned and less wrinkled, though some people claim that the effect is temporary. Technique matters too: the device comes with a video that demonstrates how to use it for contouring, and you need to use it with a special primer that ensures good electrical conduction. Some makeup artists swear by it, claiming that you can see the lifting straightaway – particularly noticeable if you treat only one side of the face. 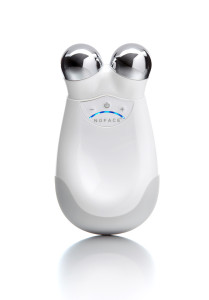