When Barb Stegemann’s best friend, army officer Trevor Greene, was seriously wounded in Afghanistan, she went from PR maven to activist. Her mission was to find a positive way of bringing peace and prosperity to conflict zones and nations that are rebuilding. But she didn’t do this through aid work or charity. Instead, she chose perfume, establishing her brand, The 7 Virtues (slogan: ‘Make Perfume, Not War’) in 2010. It buys ingredients at a fair price from farmers in regions such as Afghanistan, Haiti, Rwanda, and the Middle East. This allows suppliers to make good money, legally.

Two months after founding The 7 Virtues, Stegemann appeared on Dragon’s Den and received funding and support from businesspeople including W. Brett Wilson. Five years on, The 7 Virtues has five fragrances, which are sold in every Hudson’s Bay store in Canada, as well as in department stores in the US, UK, Germany, Austria. The latest adventure: A documentary film, Perfume War, which is set to be launched next year. We met Halifax-based Stegemann to find out how to become a successful entrepreneur, without compromising your principles.

On becoming a successful entrepreneur

Find a way to fix someone’s problems, then take it to market. For example, with The 7 Virtues, we knew there were relatives and friends of soldiers who felt helpless, so we created a new way for people to participate and flex power in conflict zones. Suppliers in the conflict zones needed help to get their ingredients out there, so we fixed that problem. Then there are the consumers. I’m not going to help suppliers then harm animals or people, so obviously the fragrance is vegan and phthalate free, with no parabens, and we’re the only fragrance in high-end department stores that’s like that. Phthalates are very often the perfume ingredient that trigger allergic reactions, so The 7 Virtues products can be worn by people who normally have to avoid perfume and can even be worn to scent-free workplaces.

You also have to make a quality product. Forget the story or the activism: if the fragrance doesn’t smell good, then no one will buy it. You have to create excellence – something that can hold its own with competitors.

Finally, don’t wait for someone to give you permission to start your own thing. That’s never going to happen, so just do it. 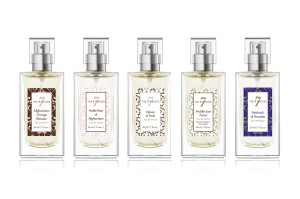 The 7 Virtues fragrances, (above, from left): Afghanistan Orange Blossom, Noble Rose of Afghanistan, Vetiver of Haiti, Middle East Peace, and Patchouli of Rwanda. From $70 for 50ml

On becoming a social entrepreneur

I never really wanted to make perfume – I wasn’t that girl who wrote a blog and thought, “hey, I love jasmine”. I wanted to help people. Social enterprises have the desire to do good in the DNA of their business. If it’s added after the fact – if it’s a halo effect or greenwashing, the consumer can smell that.

On whether you need a mentor, and how to find one

It’s crucial to have mentors. Mentors inspire you – you’re in awe of them. They have a vast network and they’re generous with that, so you can be in front of people you would not normally have access to. They should be actively checking in, asking how you are and spending time with you. They want to see you do well. A true mentor gets nothing from the relationship except the legacy of knowing that their wisdom is going to live on and do good in the world.

You don’t just ask someone to be your mentor. The relationship usually develops organically. When you’re around someone who inspires you, be filled with wonder, and ask good questions. Show that you’re a good student and are open to learning.  Another thing: be positive. You hear people complaining: “I can’t get the break… No one’s investing in me…” No one wants to be around a whiner! Be curious, courageous and kind. Mentors recognise that because they have it too.

Once you have a mentor, don’t take it lightly. My mentors are people like [Hudson’s Bay Chief Beauty Adventurer] Shelley Rozenwald and W. Brett Wilson and I know there’s a long line-up to their door, so I’m an exceptional mentee. I’m fun, I care for my mentors professionally and personally and I support the things they do. They know I’m constantly learning and developing my skills.

Because it’s a social enterprise, my bottom line is not the measure. There’s so much more. Firstly, it’s about getting the story out there and being supportive to suppliers. We’ve recently started working with CPL Aromas, a UK company that makes fragrances for perfumes and personal care products. They’re going to be using some of our suppliers’ oils. It’s possible that one day almost every fragranced product will have a The 7 Virtues oil in it. In the old way of doing business, people wouldn’t reveal their suppliers. I put their names on the box! I don’t have a competitive, frightened, scarcity business mentality – I believe in generosity. It’s not Pollyanna – we’re still a business – but I won’t compromise my philosophy. We’re all going to die one day and this my trip, and I’m having a blast.

Secondly, we’re still standing. We’re in a business that’s so competitive, with images of movie stars on billboards. I don’t have that budget, yet we’re still here and expanding. We hold our own and are always in the top half of sales, often in the top quarter and on occasion in the top 10 for perfume sales in the Bay. And thirdly, I can pay all my people – though I don’t draw a salary yet.

On being a boss

I’m fun, but I’m also very firm. I will remove people if they don’t have the work ethic that I have and that I respect. I work hard, I lug boxes, I dust the stands, I sometimes sell cold in the stores, which is the hardest thing in the world. If I have people who aren’t willing to do that, they can’t stay with me. It doesn’t matter if they want to save the world. We all want to save the world, but not everyone wants to work hard. If you’re not willing to do that, you’re not going to last long with me. 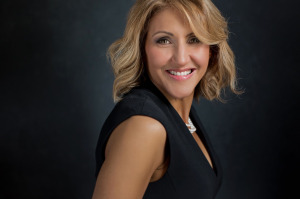 Her tip for future entrepreneurs

I love this non-profit called Avega Agahozo, which is in Rwanda. Many of these women are, like our farmers, HIV positive and they are widows from the genocide. They make jewellery. If you’re looking for something to do, you can reach out to Avega and they’ll make jewellery for you. Same Sky is one company that uses them as a supplier – its jewellery has been worn by Meryl Streep, Jennifer Garner and Hilary Clinton.

You can also reach out to our suppliers to make soaps or scented candles or whatever, either through us, or directly to the suppliers. We don’t hide our suppliers from other brands – we can make introductions, help people make friends and step back because this is my life’s work and I believe in generosity in business.