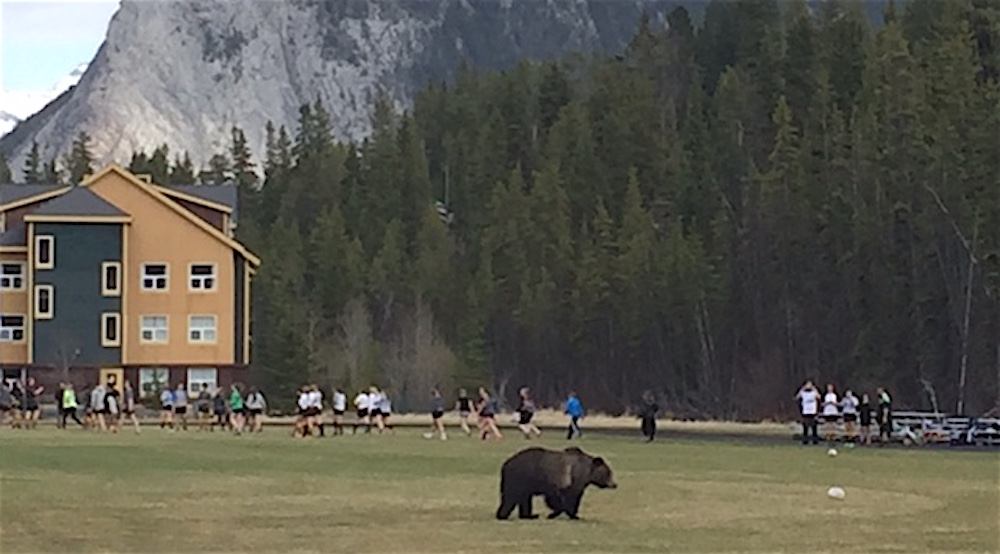 (Bear on a rugby field in Banff) Lee Garrett

An unexpected guest made their way to Rugby practice this week.

The famous and well know bear around Banff, Bear #148 wandered onto a rugby pitch during the Banff Bears practice.

“I was just walking to my car leaving practice a little early, so I was on the far side of the field to the kids. Then a lady come down the road (where my car was parked around 20-30m away from me) yelling “there’s a bear coming toward you!” I kinda thought it was down the ways a bit but turns out the bear was a lot closer than I thought.”

Garrett says he tried not to panic, but that he saw the bear staring right at him in the open field. “I kinda picked up a my pace and just headed straight to the car – didn’t run however everything in my body wanted me to!” said Garrett.

The other teaching staff and coaches got the kids under control and in a big group. “They basically moved the group so they stayed on the opposite side of the field. That’s when I started snapping the pics.” 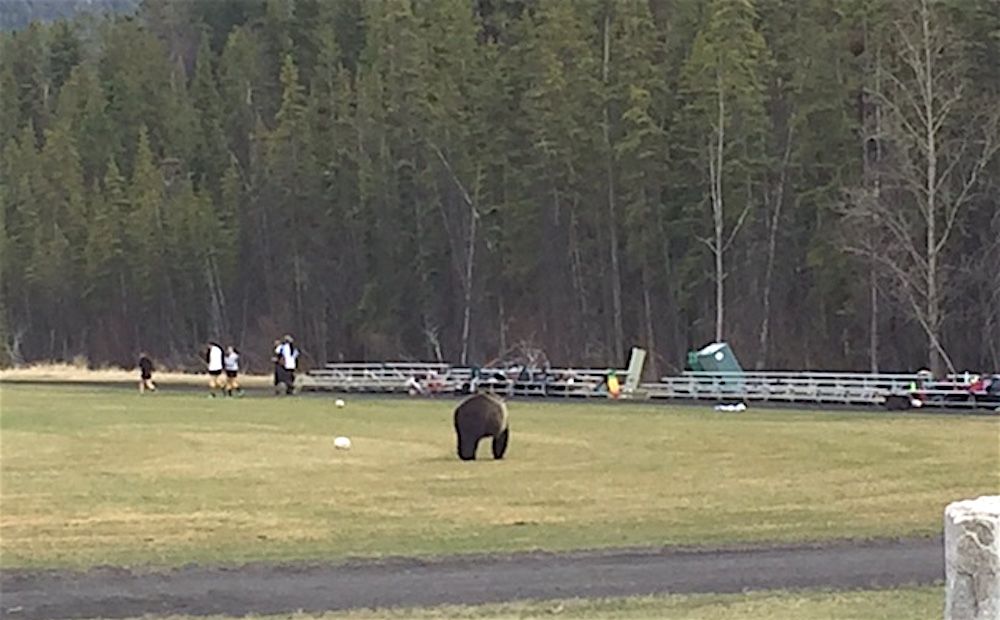 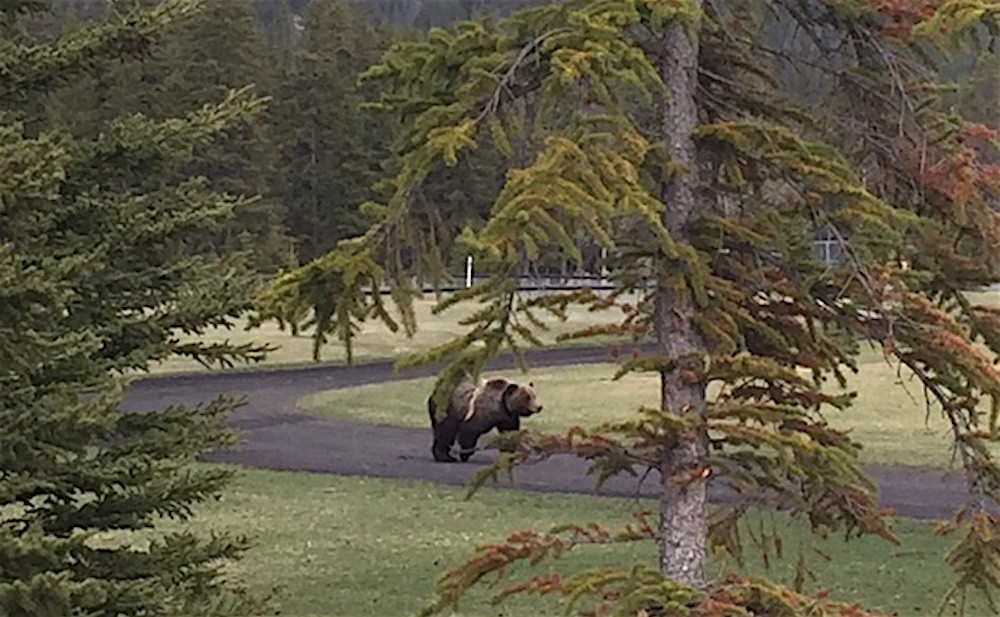 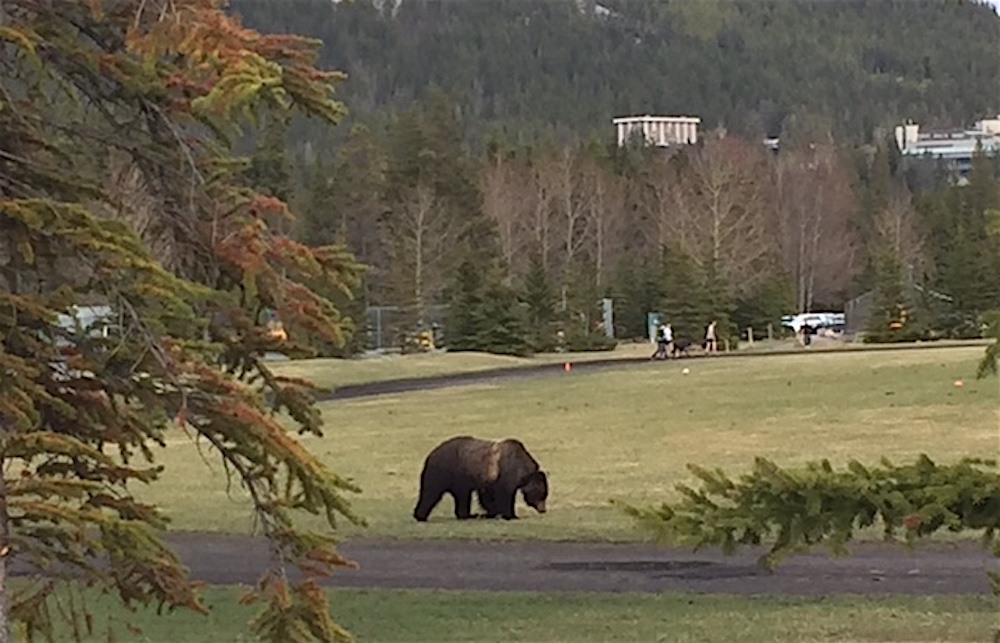 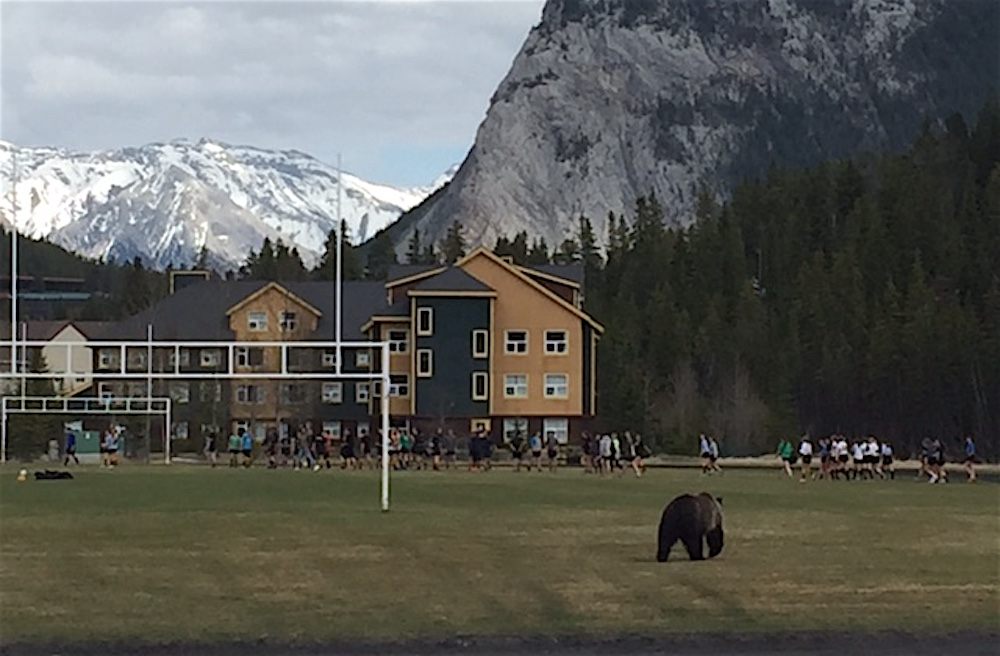