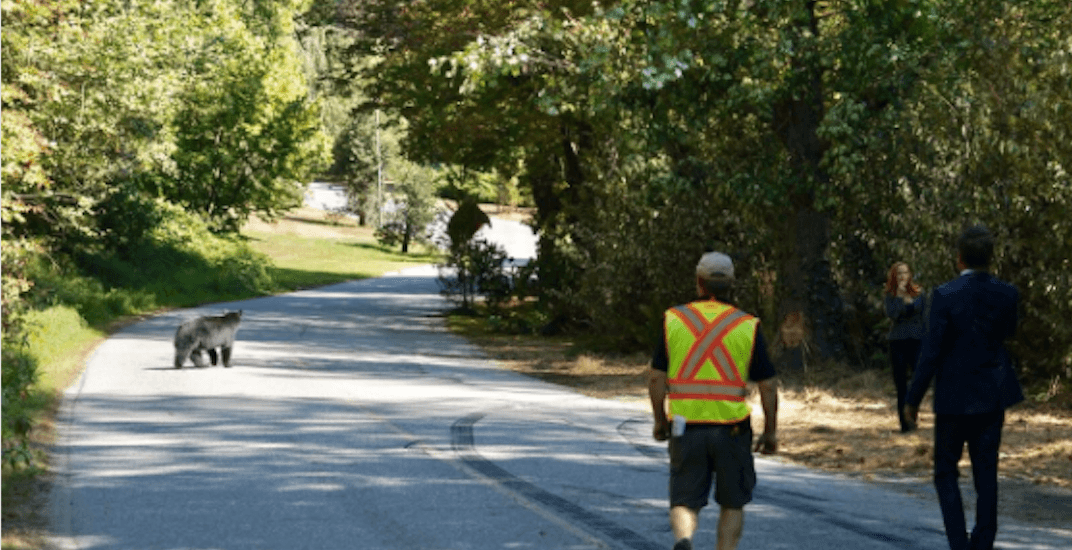 The truth is out there, but so are bears.

And while it may not be close encounters of the the third kind, it was still a pretty close encounter for Gillian Anderson on the set of The X-Files, recently.

Anderson, who plays agent Dana Scully in the long-running sci-fi series, was shooting a scene for the show’s 11th season in Vancouver when the production had a little visit.

We’re not sure if the critter will make a cameo appearance when The X-Files returns to our screens, but the cast certainly enjoyed the visit with Anderson taking to Twitter to joke about the incident: “David said, what do wild bears eat, other than actresses?”