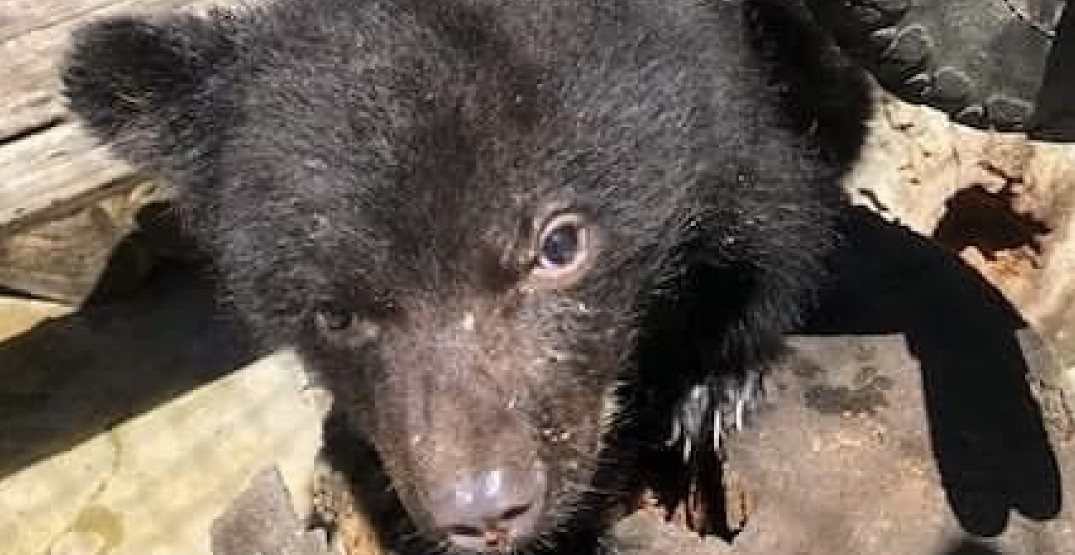 A bear cub rescued after its mother was found dead in Tofino, has died due to accidental asphyxiation, according to the North Island Wildlife Centre (NIWRC).

A post on NIWRC’s Facebook page, says that the Malcolm the cub was routinely observed on the centre’s cameras “playing contentedly on the large tree stumps that had been provided in his cage” on the morning of his death.

In the afternoon, staff opened the food hatch to check on Malcolm but the cub was immobile on the ground.

Staff closed off the area and discovered that Malcolm had managed to get his neck trapped in a rope handle attached to a plastic buoy connected to a tree stump.

“There were no signs of a struggle and we suspect he got his head through the loop and then very quickly asphyxiated,” said the centre.

The buoy had been in Malcolm’s pen since he was first placed in the pre-release enclosure.

A video posted on the NIWRC Facebook page several months ago shows Malcolm playing with a rope.

“Understandably we are quite upset and shocked by this event and will take precautions to ensure that this scenario is not repeated,” said NIWRC.

“Caring for these special animals is an emotionally intense experience and we feel this loss profoundly.”

NIWRC explained that suspended buoys have become a “common source of enrichment” for bears at the facility and “there have never been any hint of injuries or mishaps.”