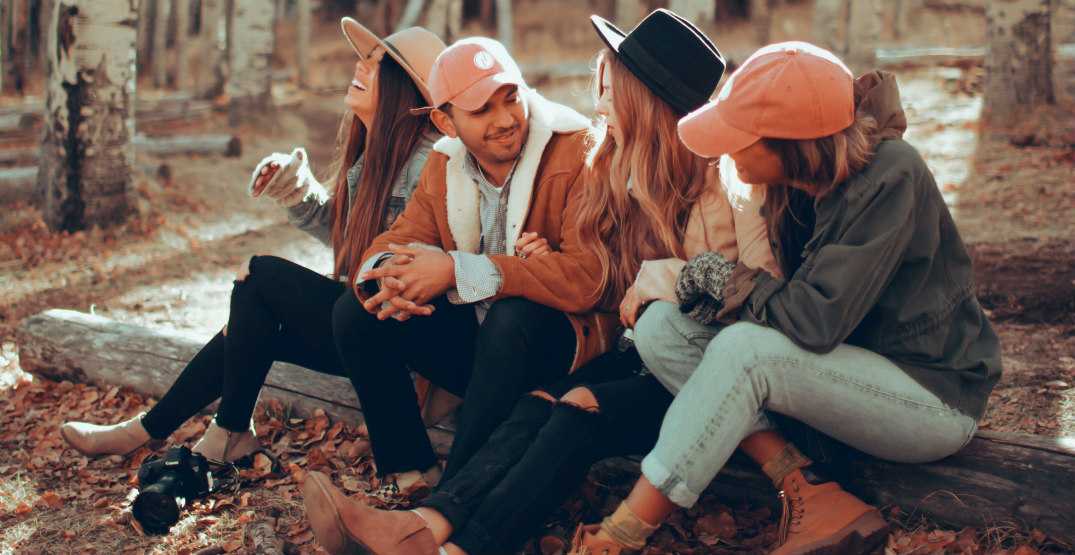 Vancouver had a winning streak of sunshine that helped make real-world adventure game, GEO, that much more fun (until the rains inevitably returned).

The awesome weather couldn’t have come at a better time because GEO launched an exclusive Daily Hive scavenger hunt that inspired locals to get outside and complete exhilarating missions to earn contest entries for a chance to win $3000 in cash and prizes.

In true scavenger hunt fashion, players had to seek out clues and follow Daily Hive’s Instagram account to get hints and tips that would help them discover hidden locations around Vancouver. Upon discovering locations, players took photos and submitted their evidence to earn entries for cool prizes! It’s really that simple!

Sorry to pre-warn you that you’ll probably have FOMO after seeing what players got up to. So basically, players earned entries for completing missions and the more missions they completed, the better the chances of winning really cool prizes! All for doing things they love in the city.

When they got to the locations, all players had to do was take a photo of themselves with their GEO Token. And if they got a group together to complete the mission, each member was given an additional two entries to the contest… because GEO is cool like that.

Of course, this included visiting the Gassy Jack statue in the city’s historic Gastown neighbourhood. 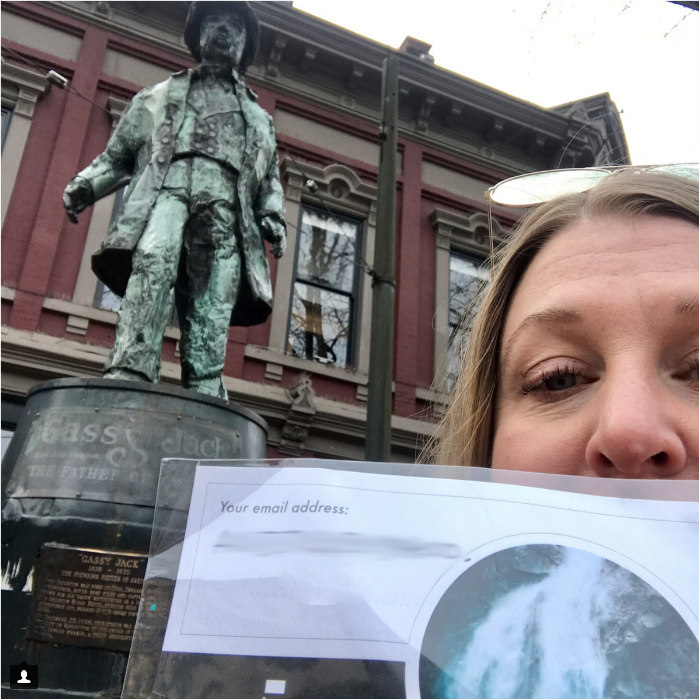 And a trip to Vancouver Art Gallery for the Takashi Murakami exhibition. 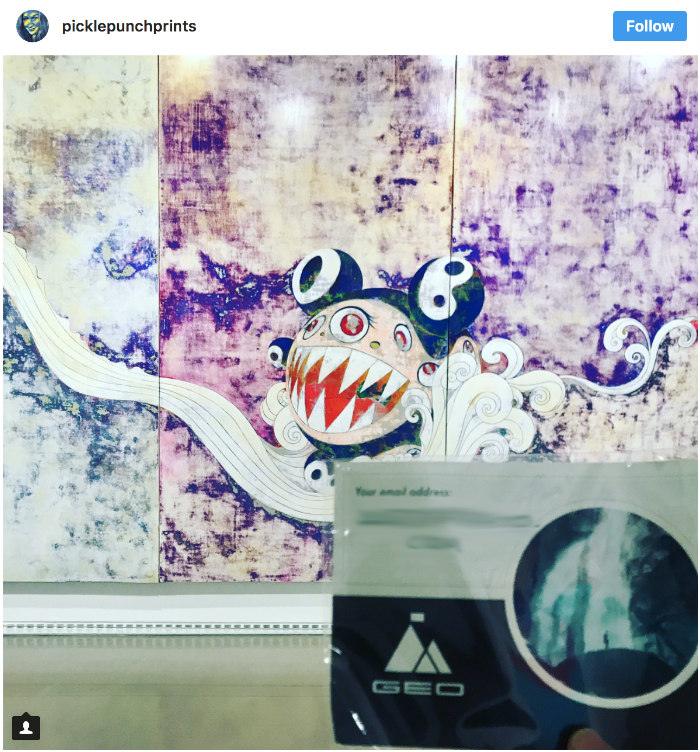 Players ventured up Main Street to Science World so that they could snap a photo of themselves with their token. Another location was the Pixelated Whale, the fourth was A-maze-ing Laughter. 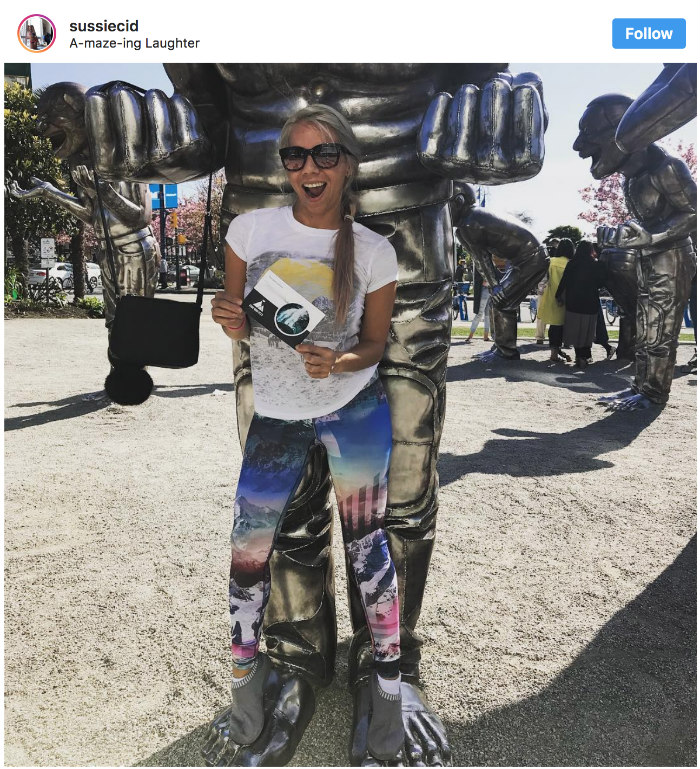 This was followed by location number five ‘Girl in a Wetsuit Sculpture’.

But let’s not forget about the everyday activities that counted as missions and entries for players. This included going for coffee, having brunch, visiting murals in Strathcona, spotting cherry blossoms, and more. 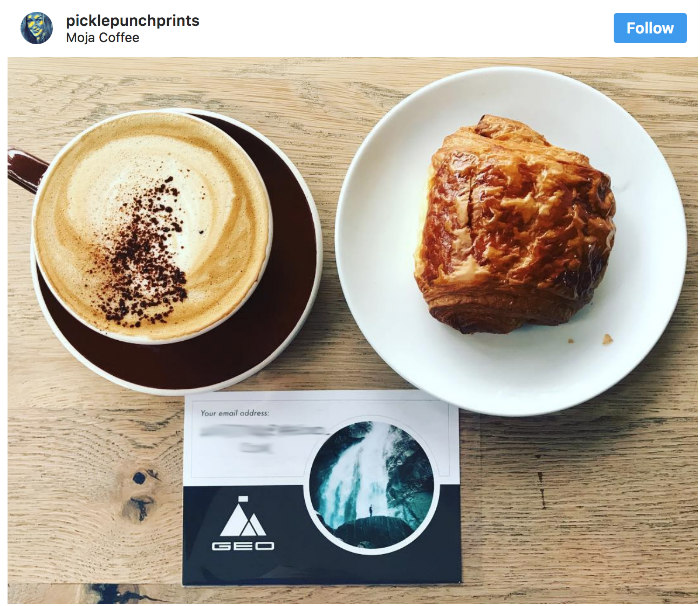 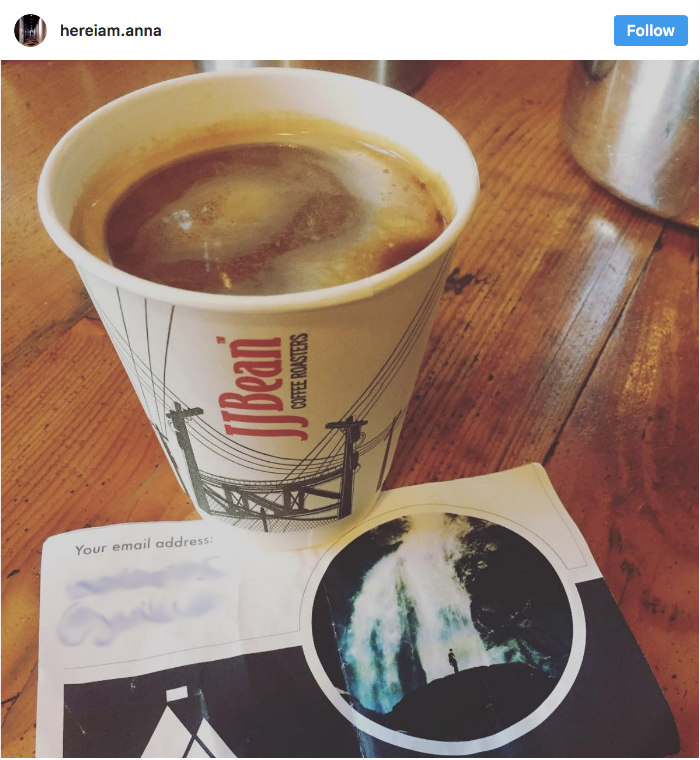 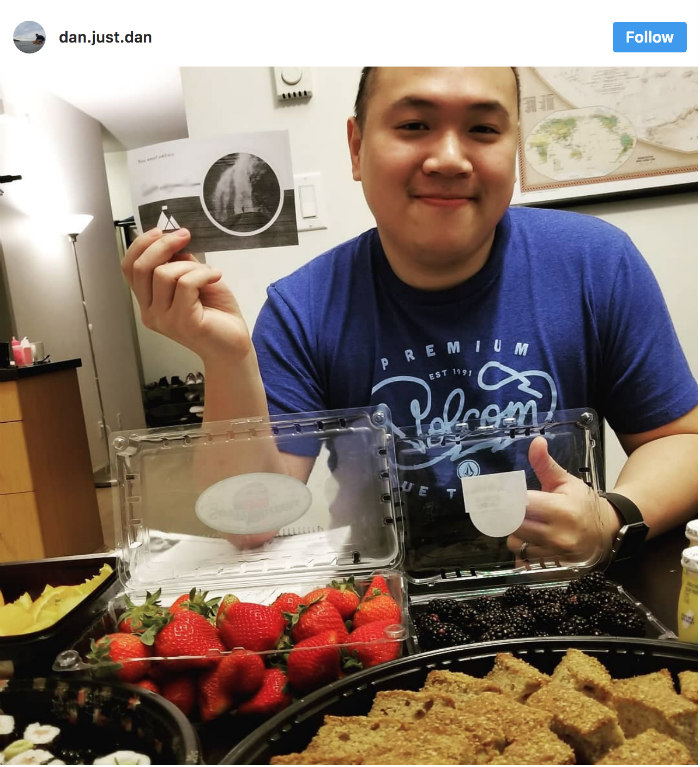 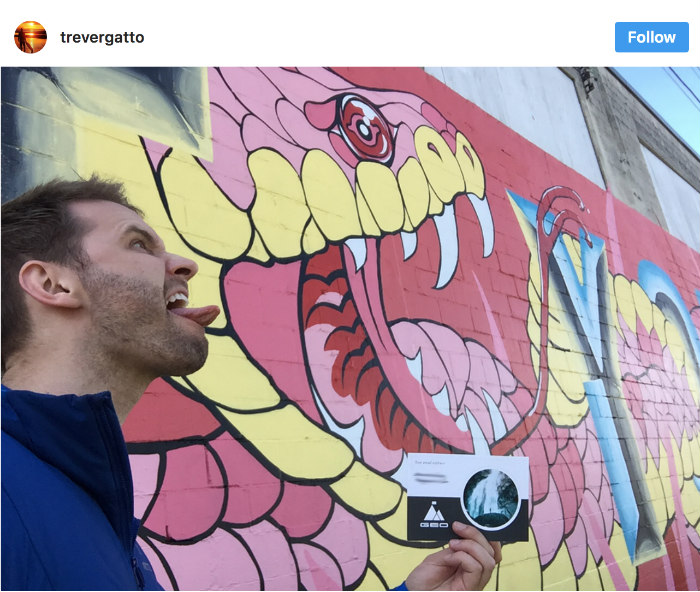 Once players were ready to submit their photos they sent them to [email protected] with their team name. It was all that simple. 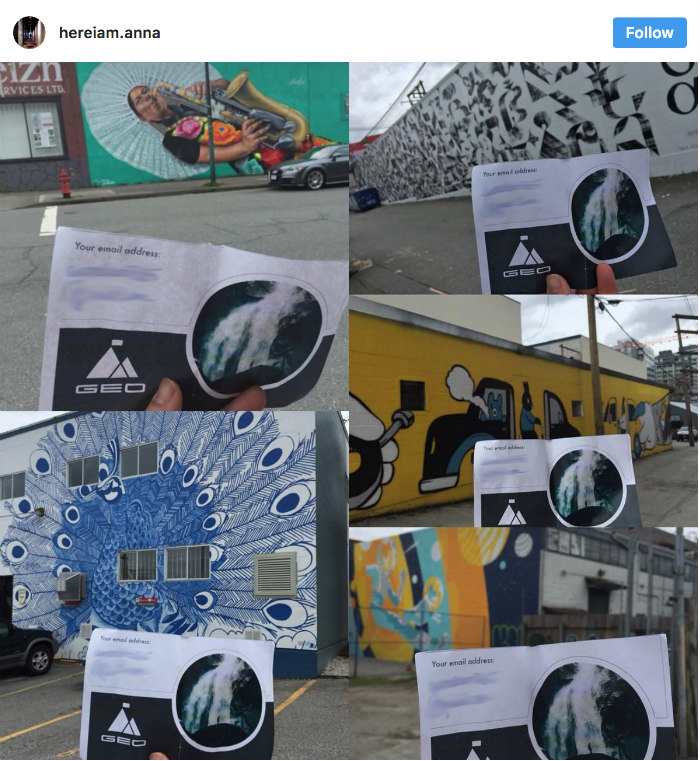 And remember…Complete Missions. Get Entries. Win Prizes. Be Awesome.