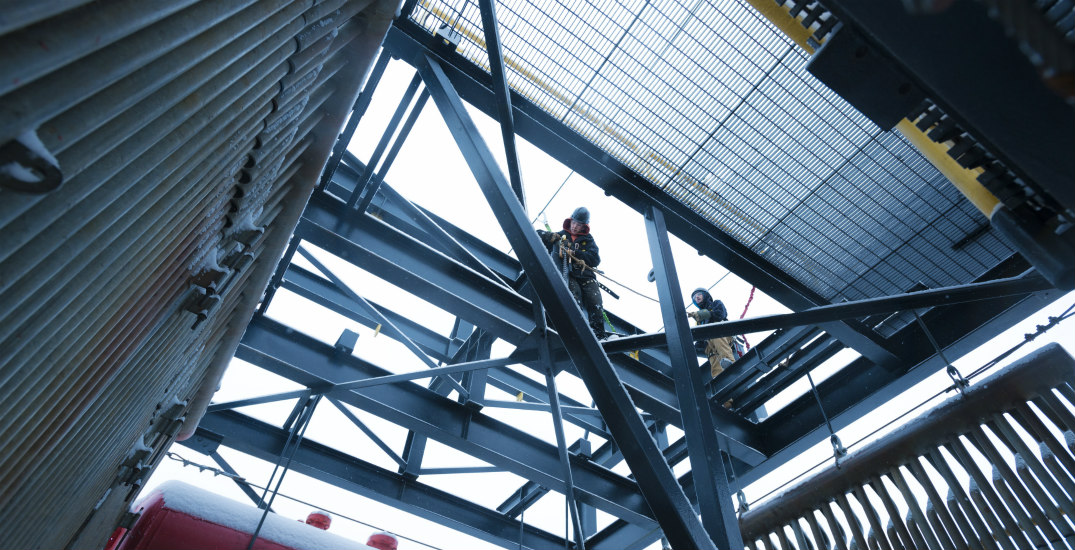 Deciding what you want to do for the rest of your professional life can be an intimidating task. With a global pandemic, there are even more factors to consider.

The good news is that the economy is on the road to recovery. BC’s unemployment rate dropped to 11.1% in July, the same month that over 400,000 jobs were gained across Canada. With job security top of mind for many, it’s no surprise that some of the most in-demand careers in our province are in the trades sector.

Trades programs at British Columbia Institute of Technology (BCIT) offer equal opportunities for everyone, regardless of gender or ethnicity. Trades allow people to develop skills through practical training while creating opportunities for jobs across multiple industries.

We asked three BCIT trades program graduates to share their experiences in their specialized fields. Here’s what they had to say: 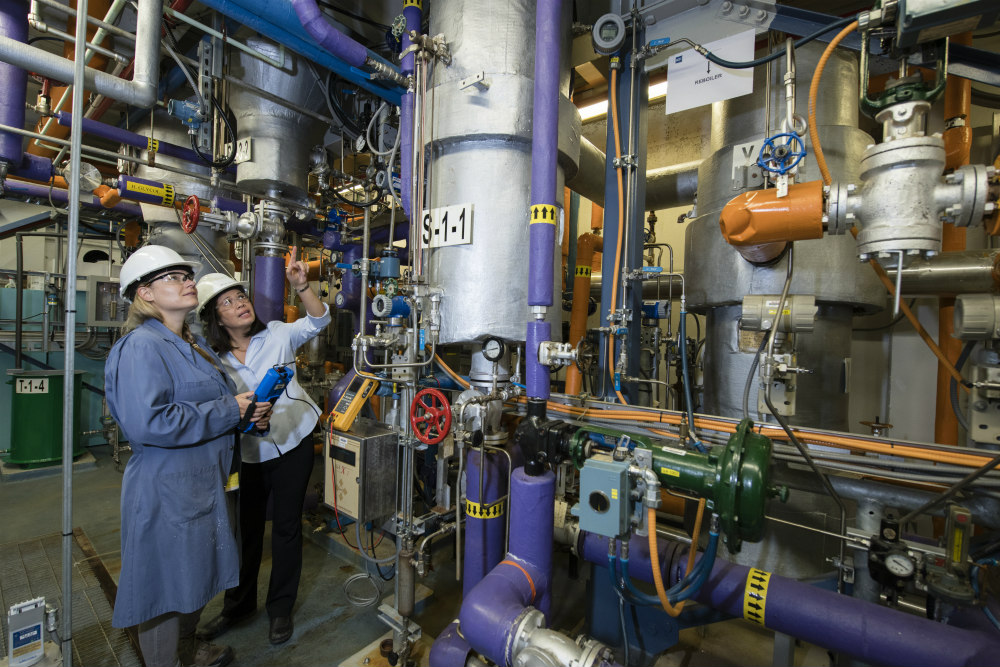 After years of working as an ESL teacher and in recreation management, Marion Stieber felt as though she had plateaued in her career. Passionate about finding a job that was in-demand, well-paid, and involved activity, she decided to get into trades as an Industrial Instrumentation and Process Control Technician.

So far, in her new career, Stieber has worked in the instrumentation lab at BCIT — wiring and installing projects — and also at Spartan Controls Centre for Energy Education and Research, where she built custom control systems for plants.

At BCIT, a typical workday ran from 7:30 am to 3 pm. During this time, Stieber worked on projects alongside the main technician, including running cables, calibrating instruments, and wiring control systems. She worked from 8 am to 5 pm at Spartan Controls, where she built controller, valve, and actuator assemblies.

“Instrumentation has a lot of variety in the day to day tasks, so it’s not a monotonous job,” says Stieber. She notes that once you have your Red Seal, you are highly in-demand and would be able to have the job of your choice. “It is also one of the highest paying trades.”

Stieber admits, attending a trades program as a woman in her early thirties was scary. However, her classmates were incredibly supportive. “I enjoyed the challenge of pushing myself outside of my comfort zone and learning something new every day,” she says.

She urges women who are interested in pursuing a career in trades to go for it. “It’s challenging, but you will be successful if you show you’re keen and willing to put in the effort. I am excited to be part of the change toward making it a more equally represented workplace.” 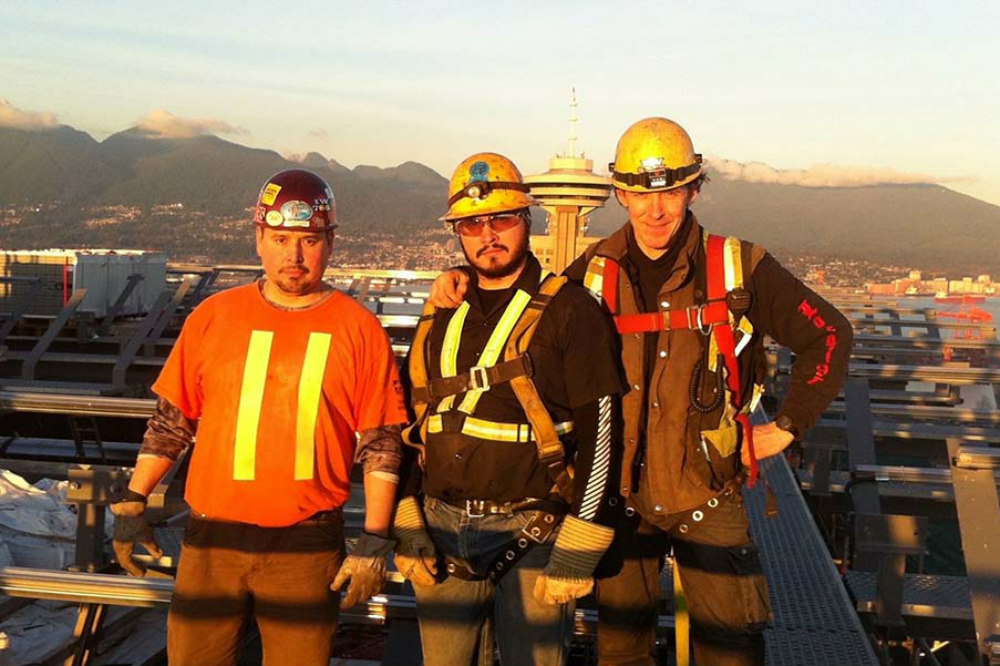 Born and raised in the village of Xwemel’ch’stn, also known as Capilano Indian Reserve, on the traditional lands of the Squamish People, Brandon Darbyshire-Joseph was inspired to follow a career in trades from a young age.

He explains, “I come from three generations of tradesmen, and a nation that has a long history of longhouse builders, canoe builders, hunters, and fishermen.” But the path of an ironworker was presented to him through playing lacrosse. “My fellow teammates shared with me how they would travel down to the US and help build the New York skyline,” he says.

This led Darbyshire-Joseph to choose BCIT’s Ironworker Foundation program. He describes the training as fun but rigorous. “BCIT provides a safe learning environment which helps with the success of each student.”

Thus far, in his career as a Red Seal ironworker, Darbyshire-Joseph has worked on the Vancouver Convention Centre, BC Place, and the Port Mann Bridge. “I’m happy to have made some good friends, worked on leading-edge jobs, and provided a good life for my family, all with the support of my spouse.”

His typical workday starts at 7 am with a toolbox talk during which his team addresses the safety topics and tasks ahead. This is followed by inspecting tools, equipment, and rigging gear, before working on the day’s tasks. “Most jobs are 10-hour workdays, sometimes 12, and in all weather conditions.”

Darbyshire-Joseph says he feels that misconceptions exist everywhere for people of ethnicity. “However, with the evolution of safety and ethics in the field, and support of the unions, times are changing.” 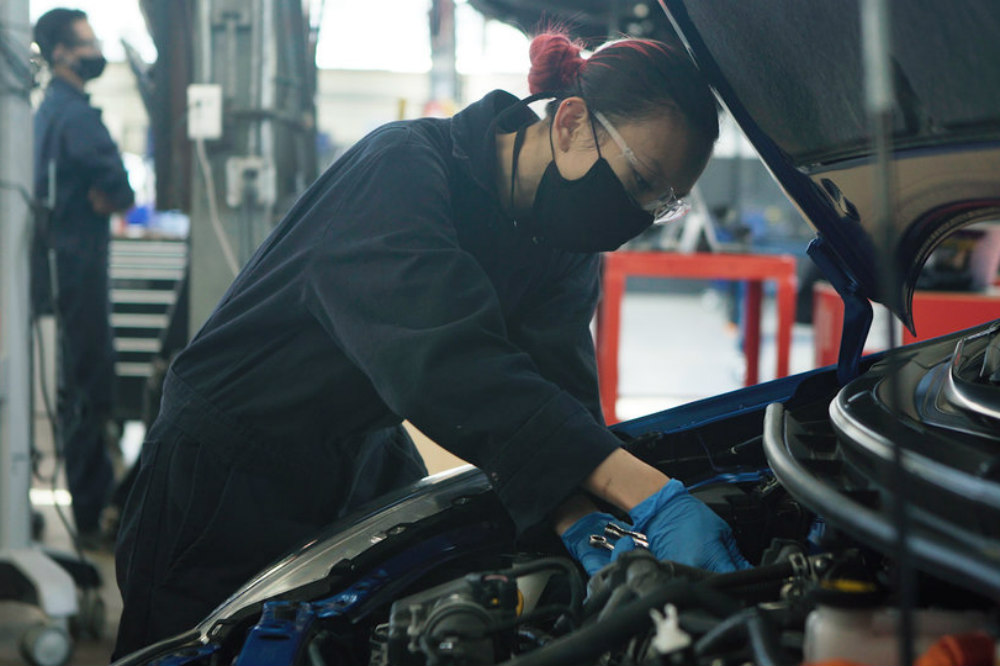 When Kimmi Le was a child, she frequently followed her dad around the house to help him with little projects. In high school, Le tried taking every trades elective she could, including an automotive class when she was in Grade 11.

This inspired Le to enrol in BCIT’s Automotive Technician Foundation program. She covered everything from safety to tools, while laying down the foundation for other courses. “As you focus on different components of the vehicle, you have a better understanding of how they all interact with each other.”

Le has an entire change room to herself at work as there aren’t many women in her field. “At BCIT and at work, I am treated as an equal and haven’t noticed anyone judging me as a female before observing what I’m willing to do first.”

The automotive technician says that 10 years ago, she kept telling herself she would be too small and weak, that she would have to earn her respect. But during her experience at work and at school, everyone has been incredibly kind, guiding her on how to properly handle heavier items to protect herself.

“To anyone that wants to pursue a career that you can’t stop thinking about, take the dive. Sometimes the fear in our mind is greater than that you will experience,” says Le.

If you’re interested in pursuing a career in trades, visit the BCIT website to explore the extensive variety of programs available.