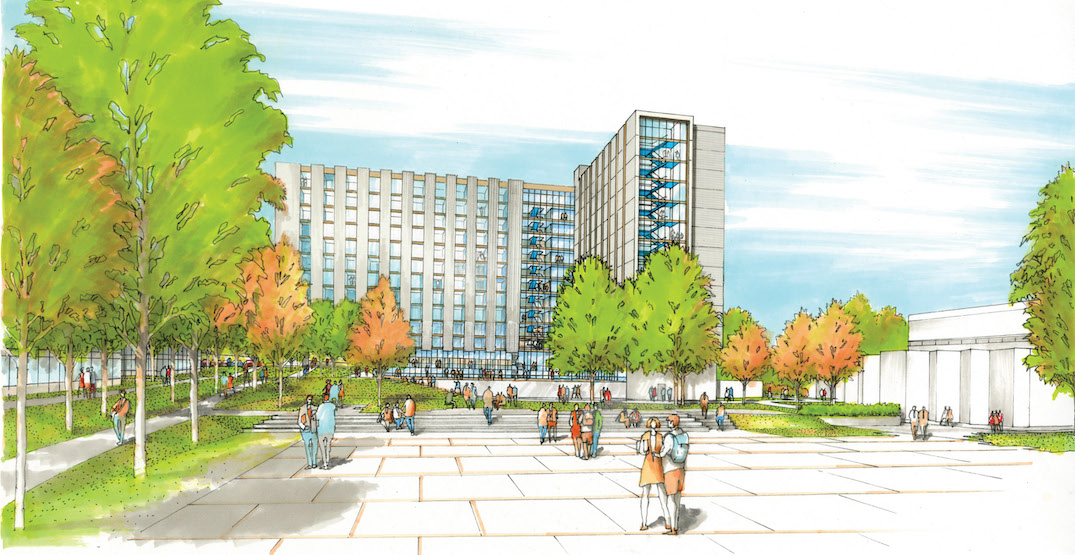 British Columbia Institute of Technology’s (BCIT) student housing capacity is set to more than double with the construction of the post-secondary institution’s first new student housing project in 38 years.

The provincial government announced today it will provide $108.8 million to BCIT to build a $115-million, 12-storey student housing building with 464 beds at the main campus in Burnaby.

BCIT will put in $6 million towards the project, and the provincial government’s contribution includes funding from the BC Student Housing Loan Program, which offers low-cost financing to post-secondary institutions to build new student housing.

Similar to UBC’s groundbreaking Tall Wood Residence, the BCIT project will be a mass timber building, located near the SW1 building.

This form of construction is not only greener, but it can be built more quickly and at a lower cost compared to conventional construction methods that depend on concrete. It will create about 700 direct and indirect jobs, including the jobs created from the off-site manufacturing of the modular components.

The project’s design will also take on elements of Indigenous culture, including community spaces on the ground level that support Indigenous learners. 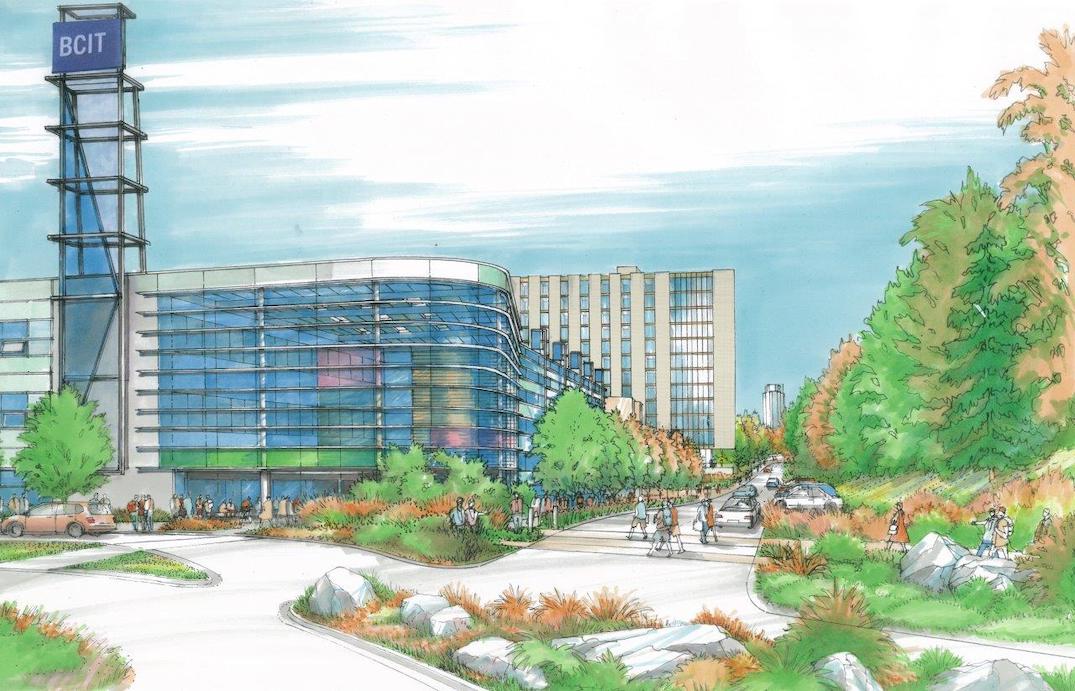 “This investment will allow BCIT students to access sustainable on-campus housing to support their journey to a new or expanded career through an industry-relevant applied education,” said Kathy Kinloch, president of BCIT, in a statement.

“This new mass timber housing project is a key component of BCIT‘s commitment to support the future social and economic prosperity of the province in a way that respects our spectacular natural environment.”

The provincial government is investing $450 million in building about 5,000 student beds over six years, with nearly half of these beds at post-secondary institutions now funded since the program was announced in February 2018.

An additional 3,000 student housing beds will be made possible through non-governmental partnerships and institutional self-financing for a total of about 8,000 new beds by 2028.

A spokesperson for BCIT states a construction start and completion date on the new student housing building has not been determined at this stage of the project. In late 2019, BCIT began construction on a new $78-million Health Sciences Centre.