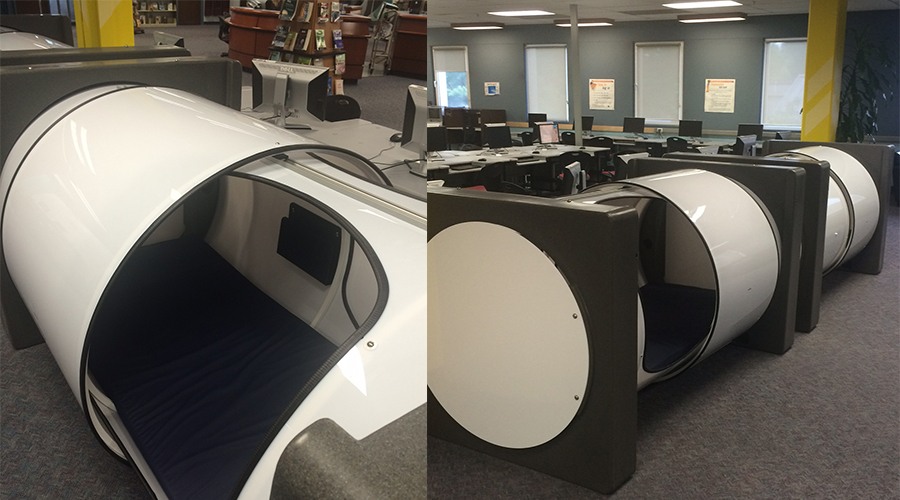 BCIT students will have an easier time napping in the library when they return to their studies in September.

Two sleeping pods have been installed in the campus library to allow students to rest their weary heads for quick power naps during the day. The futuristic-looking devices are accessed through sliding doors where students are greeted with a wipeable mattress to allow for uninterrupted nap sessions. 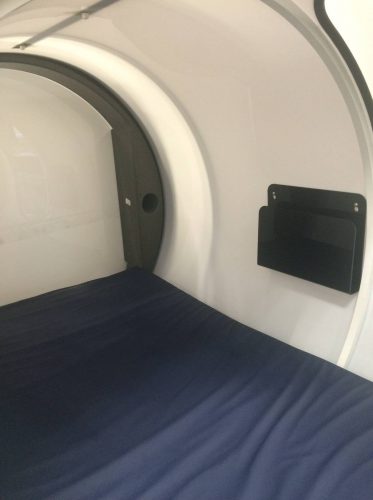 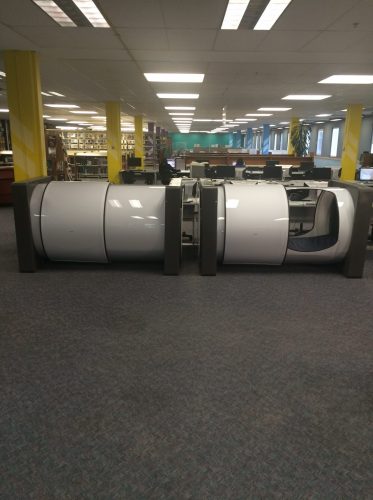 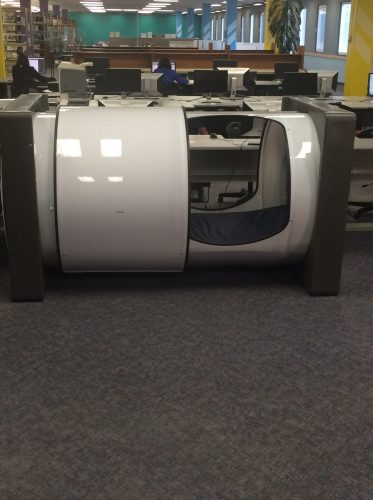 “The research is pretty clear that there’s a strong relationship between sleep and rest and retention, memory, and learning,” director of library services at BCIT James Rout tells Daily Hive. “So we want our students to be well-rested.”

Rout says placing the nap pods in the library was strategic. When it’s crunch time, many students don’t want to leave the library to find a place to nap elsewhere on campus, so they’re placing sleep options where they’re most needed.

“Our students are napping in the library anyway,” says Rout. “It’s a very intense program here.”

“Particularly in today’s day and age where many students are working, and going to school, and some have children, it’s a challenging time to go through university. When you have lots of projects at an institute like this – a polytechnic – it’s very real world,” he adds.

All of the nap options that are currently available to students on campus – including a designated nap room – lack privacy, so Rout and his team decided to investigate other options.

The pods cost around $2,000 a piece and were funded entirely from vending machine revenue. They’ll be completely free for students to use, but would-be nappers need to sign up through an online room booking system to reserve a pod.

The length of the time slots are still being negotiated, says Rout.

While the response has been largely positive, some commenters on BCIT’s Facebook page took issue with the introduction of the nap pods.

“Really? Taking naps between classes? That’s really preparing you for the real world. Teaching people to be lazy,” writes one commenter.

“This is just stupid in my opinion…neat idea, poor concept,” writes another.

Still, a video demonstrating how to use the pods on BCIT’s Facebook page seems to be generating curiosity – it had nearly 200,000 views at the time of writing.