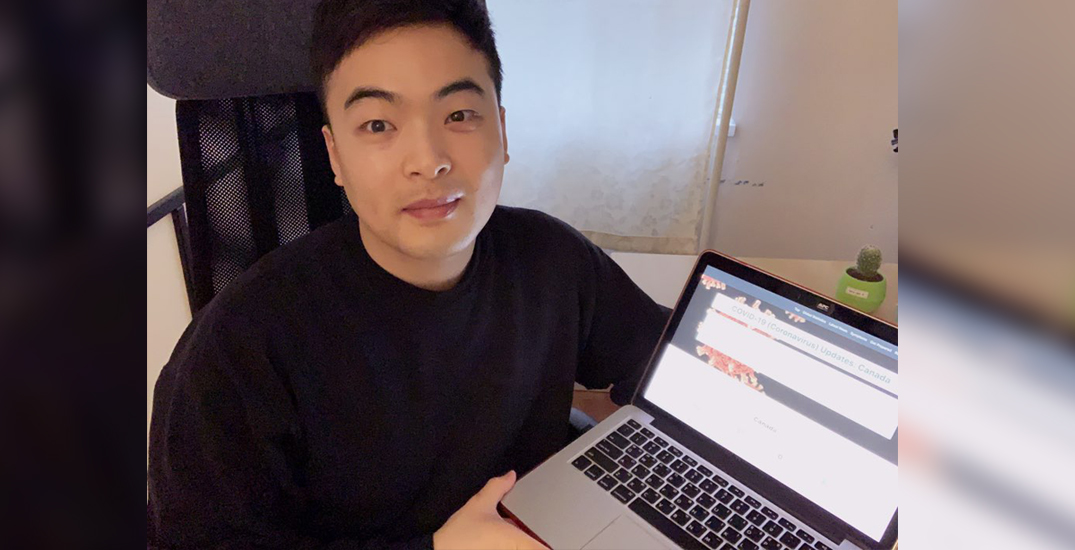 A recent graduate of a Metro Vancouver college has created a website that tracks worldwide cases of COVID-19.

Curtis Kim, who studied Computer Systems Technology at the British Columbia Institute of Technology, launched the site this week after getting frustrated he was spending so much time on various websites looking for daily coronavirus updates.

“I was frequently googling and searching, opening up so many browsers,” Kim told Daily Hive in an interview. He knew he wasn’t the only one, and created the site to help others.

The site breaks down the number of cases in Canada, the number of deaths (zero in Canada so far), and the number of people who have recovered. Further down, it provides the same stats for global COVID-19 cases.

There’s also a colour-coded map showing where cases are distributed, and a feed of latest news articles about the virus. Kim also included information about symptoms and how to contact Canadian public health services.

He majored in cloud computing, and used some “under the hood” functions on his site that aggregate data from reliable sources such as John Hopkins.

Some data he adds manually, such as the current number of cases by each Canadian province.

“I want to help people understand the situation very easily,” he said.

Apparently there’s an appetite for what he’s done. Kim said he’s gotten several emails thanking him for putting the site together, and he even saw a woman checking his creation on her phone while in line at McDonalds this week.

The graduate, who convocated earlier this month, says he’s searching for a job. He hopes this passion project demonstrates his skill as a developer.