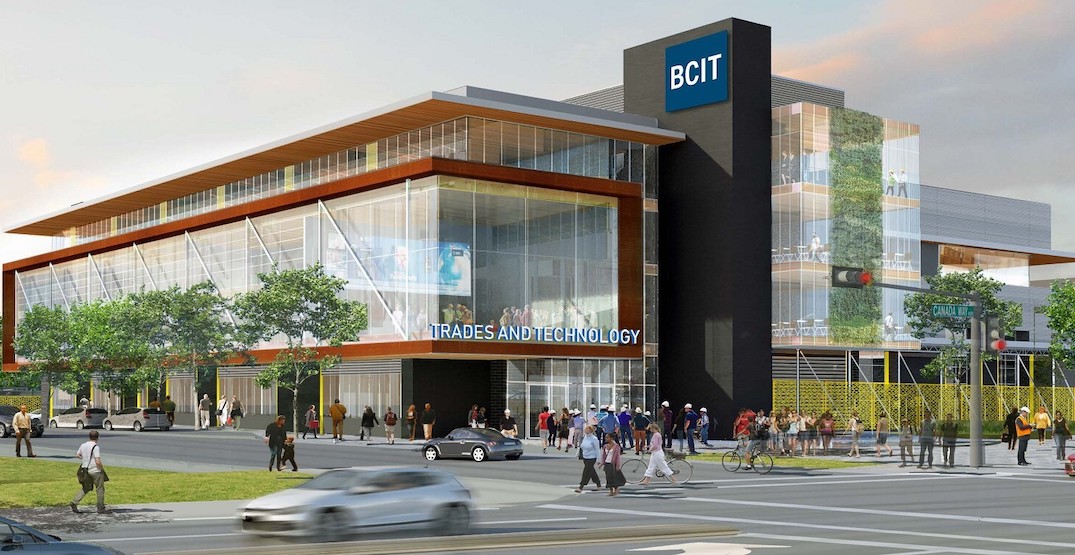 The brand new Trades and Technology Centre building for the BCIT Burnaby campus will be named after local developer Concert Properties for their $7.5 million donation towards the construction cost.

This will be a four-storey, 82,600-sq-ft building that will consolidate several trades, diploma degrees, and master’s programs into one location, with space for inter-trades and technology collaboration.

The provincial government confirmed its support for the project early this year with a contribution of $136.6 million — a key strategy to help fill BC’s immense labour shortage in the skilled trades over the long term. BCIT will provide $26 million, with Concert Properties now also making a contribution.

The future building will now be known as the Concert Properties Centre for Trades and Technology, which will not only modernize existing capacity but provide space for 700 additional students. It forms the centrepiece of the new and renewed nine-building complex for trades and technology.

Construction is anticipated to begin in 2023.

“We’re extremely humbled and honoured to see our longstanding commitment to trades training programs and BCIT recognized in this way,” said David Podmore, the co-founder and CEO of Concert Properties, in a statement.

“This centre and these programs are key to equipping diverse, hardworking Canadians with the skills to secure well-paying jobs in construction, and we remain committed to working with our industry partners to find practical solutions to challenges that affect us all.”

Podmore’s development firm has now gifted about $10 million to BCIT over the past century. He also led BCIT’s campus renewal fundraising campaign since 2018, which has raised over $100 million.