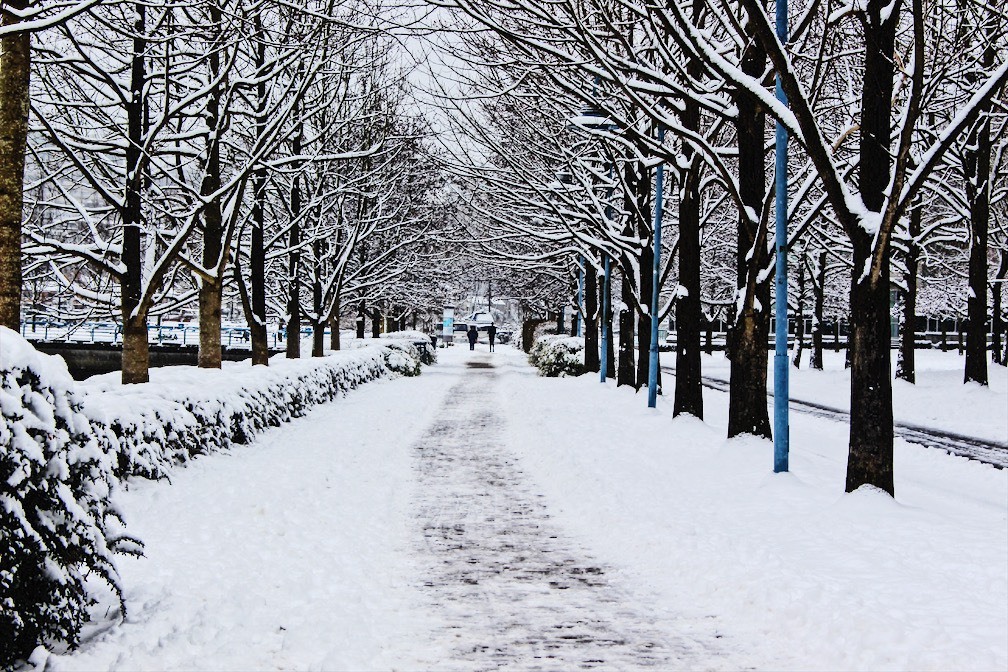 After Simon Fraser University announced this morning that classes at all of its campuses were cancelled for the day due to the snow, BCIT has  now announced it is also cancelling classes for the remainder of this afternoon for the same reason.

In a release, BCIT said that “due to winter conditions across the Lower Mainland, all BCIT campuses will close today at 12:30 pm.”

This, the school said, includes “all part-time and full-time classes,” as well as any scheduled exams.

BCIT said it will continue to monitor the weather and will provide a new update on campus conditions by 5:30 am Wednesday morning, and in the meantime it is asking all students, staff, and faculty to safely make their way off campuses.”

The announcement comes after Environment Canada warned this morning of “heavy, wet snow” across the region.

A bulletin was issued by the agency and is in effect for the following areas:

Between five to 20 cm of snow is expected throughout the day and overnight as a cold front moves across the south coast of British Columbia.

According to Environment Canada, snowfall amounts will vary significantly.

“The air will be cool, but not truly Arctic, so snowfall amounts will vary with proximity to the water, elevation, and intensity of precipitation,” reads the statement.

Drivers are reminded to adjust to the changing road conditions and allow extra time going to and from their destination.