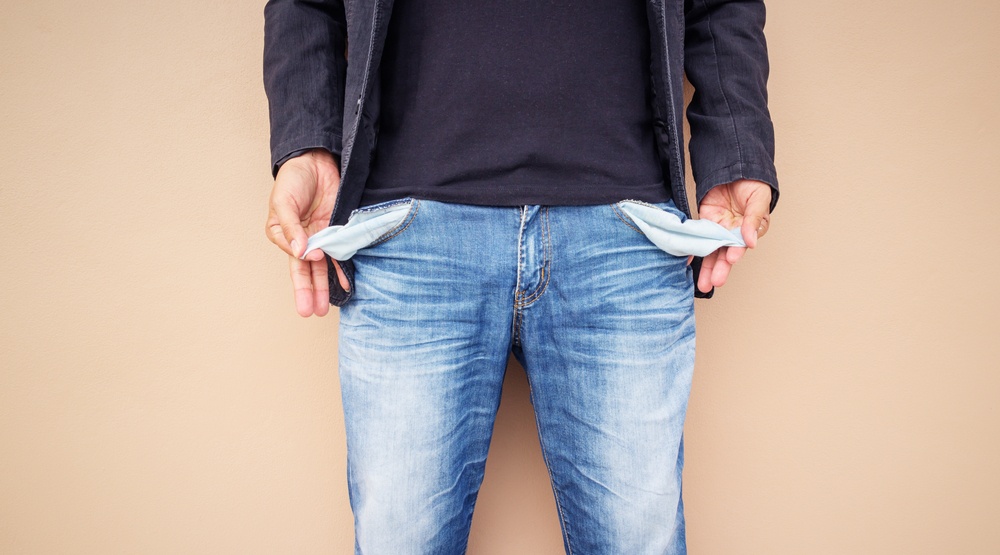 British Columbia is the worst performing economy in Canada for younger generations, according to a new study ‘Code Red‘ released by Generation Squeeze.

The lobby group for young Canadians looked at how the economy performs for those aged 45 and under, by exploring trends that go back to 1976.

“The study digs into Statistics Canada and other data to examine the actual incomes that British Columbians earn, our costs of living, personal debt levels, etc.” reads the report.

“These data clearly reveal that the standard of living has deteriorated more dramatically for younger people in BC in recent years than anywhere else in the country.”

One of the biggest problems is the rising cost of home prices and the rental crisis in the province, says Generation Squeeze founder and UBC professor Paul Kershaw.

“Real estate now represents 18 % of the BC economy, but a much smaller fraction of our province’s employment,” said Kershaw in a release.

“That kind of growth risks accelerating home prices well out of reach of people’s earnings – a risk that has become a reality in BC.”

The main findings from the study included:

Hoping to make this an election matter

The chart below, supplied by Generation Squeeze, illustrates how earnings and home prices have changed throughout the years in BC as the government in power changes. 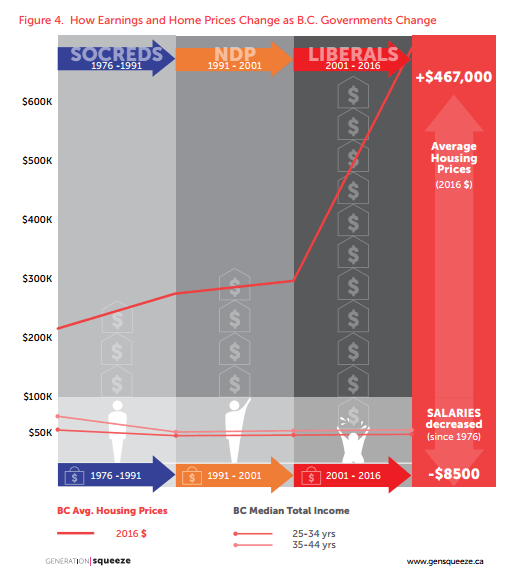 The Generation Squeeze data shows that as home prices increased, salaries have stagnated or decreased.

The decline in income would not be a problem if  the cost of living corresponded, but unfortunately in BC that is not the case, says the report.

Since Premier Christy Clark came into office, the report says, home prices in BC have risen hugely.

With the BC provincial election fast approaching, Generation Squeeze is aiming to ensure the standard of living for younger residents is a top priority.

“We ask all parties to propose bold policy solutions in support of a vision of BC and Canada that works for all generations,” reads the report.

“We present the data … to help guide deliberation about the scale of the problems facing younger British Columbians in an economy that is badly letting them down.”

Generation Squeeze suggests various solutions to address the affordability issue in BC – such as prioritizing homes first and investments second, and making long-term rentals stable and affordable.

It also proposes revisiting land use in areas where home prices have rapidly increased, and zoning for single-detached homes in housing hot spots, like Metro Vancouver.

As a young person’s lobby group, Generation Squeeze is aiming to sign up a million members. To find out more and read the full report head to gensqueeze.ca.